The Public Transport Authority (PTA) has raised the Saudi flag on Shaden, a Very Large Crude Carrier (VLCC) owned and operated by Bahri, a global leader in transportation and logistics. At a ceremony held on Thursday, November 23 at Port of Ras Tanura in the presence of senior officials from PTA and Bahri, the new vessel joined the country’s national maritime fleet and became Bahri’s fifth VLCC to raise the Kingdom’s flag in 2017. 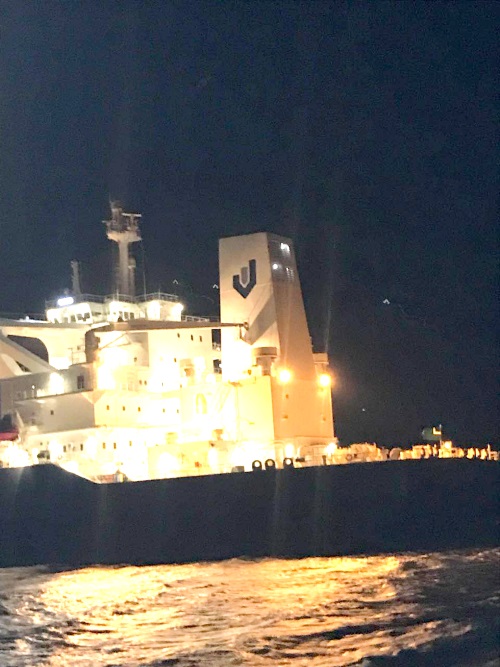 Bahri is the world’s largest owner and operator of VLCCs with a fleet of 88 multi-purpose vessels. Built by Hyundai Samho Heavy Industries (HSHI), the world’s largest shipbuilding company based in South Korea, the new vessel has 300,000-deadweight-ton capacity and it brought the total number of VLCCs owned and operated by Bahri to 41.

H.E. Dr. Rumaih Mohammed Al-Rumaih, President of the Public Transport Authority, said, “Saudi Arabia is eager on strengthening its maritime fleet in partnership with the private sector, and by supporting the country’s vision, PTA aims to reinforce the Kingdom’s established position in the oil industry in particular and the maritime transportation industry in general. We are pleased to welcome new vessels, which truly reflects our firm partnership with the private sector. This enhanced modern fleet will contribute to the transformation of the Kingdom to the most important and largest logistics hub in the region, as envisioned in the Saudi Vision 2030. We, at PTA, are proud to raise the Saudi flag on the new VLCC so that it joins the Kingdom’s huge maritime fleet.” 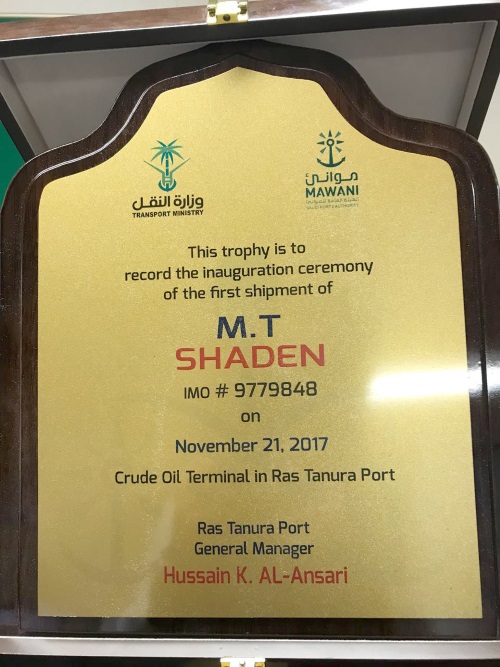 Al-Rumaih added: “Shaden, along with other VLCCs in the national fleet, will contribute to increasing the volume of bilateral maritime trade between the Kingdom and other global economies, in addition to creating a positive impact on the continued growth of the maritime transport sector in the Kingdom and the region. More importantly, the new addition to the country’s maritime fleet comes at a time when PTA is keen to support the maritime industry in order to achieve greater Saudization and economic growth by taking advantage of the Kingdom’s strategic geographic position, as well as its coastline stretching from 2,400 km to the Red Sea and 1,000 km to the Arabian Gulf.”

“It is a defining moment for Bahri, the Kingdom as well as the global maritime industry as the Public Transport Authority raises the Saudi flag on board Shaden. The addition of the new fifth VLCC this year is part of our plans to aggressively expand our Saudi fleet to reinforce Bahri’s position as the world’s largest owner and operator of VLCCs. We are now better equipped to gain access to new markets, strengthen our presence in the markets we already operate and enhance the scope and breadth of services we offer in the global shipping industry. This will also bolster our capabilities to help the Kingdom achieve its objective of further cementing its pre-eminent position as a major trade hub by leveraging the country’s distinct logistical gateway to Asia, Africa, and Europe, as outlined in the Saudi Vision 2030,” said Ali Al-Harbi, Acting CEO, Bahri. 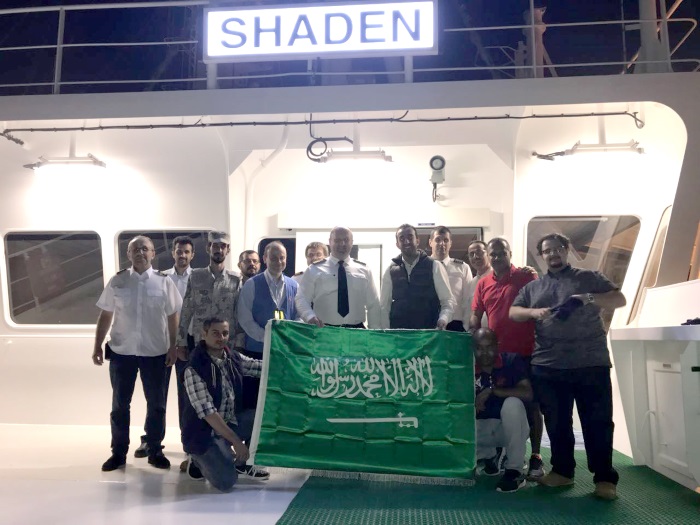 Bahri is now the first and only transportation and Logistics Company in the world to have a 41-strong VLCC fleet. An additional five more vessels are planned for delivery in the next year and a half. The Saudi Arabian flag is raised on cargo and passenger vessels by the Public Transport Authority. They are then inspected and checked regularly in accordance with the standards laid down by international classification authorities accredited by the Kingdom.
Source: Bahri

2017-11-24
hellenicshippingnews..
Previous: “The best weapon against cyber-attacks is prevention”
Next: KDB to offer refund guarantee for STX Offshore’s 11 ship orders