Marking a historic milestone for the State of Qatar’s energy industry, QatarEnergy and Qatargas celebrated the safe and successful loading of the 30,000th Ship from Qatargas-operated terminals in Ras Laffan Port. The LNG cargo was loaded on board the Qatargas-chartered Q-Max LNG carrier “Mekaines.”

Commenting on this occasion, His Excellency Mr. Saad Sherida Al-Kaabi, the Minister of State for Energy Affairs, the President & CEO of QatarEnergy, said: “30,000 ship-loadings from Ras Laffan Port is certainly a historic achievement for Qatargas and Ras Laffan Port, as well as for Qatar’s energy industry. It once again demonstrates the State of Qatar’s ability to supply cleaner energy to all four corners of the globe safely, reliably, and on time. As the developer of the world’s largest port facility for LNG and other associated products such as LPG, GTL products, condensate, refinery products and sulfur, QatarEnergy is keen to maintain Qatargas Ras Laffan Terminals’ position as a premier export facility for cleaner energy.”

His Excellency Minister Al-Kaabi added: “This is highly significant as we embark on a massive expansion of the North Field to increase Qatar’s LNG production capacity from the current 77 million to 126 million tons per annum, and the respective increase in the export volume of various associated and refined products.”

H.E. the Minister of State for Energy Affairs, the President & CEO of QatarEnergy concluded his remarks by thanking Sheikh Khalid bin Khalifa Al Thani, Chief Executive Officer of Qatargas, and the company’s leadership and staff for their dedication, commitment, and unique expertise that have led to this landmark achievement, which is added to the long history of Qatargas accomplishments.

The important milestone was marked by a special ceremony, at Ras Laffan Industrial City, attended by senior officials from QatarEnergy, Qatargas, and Nakilat. 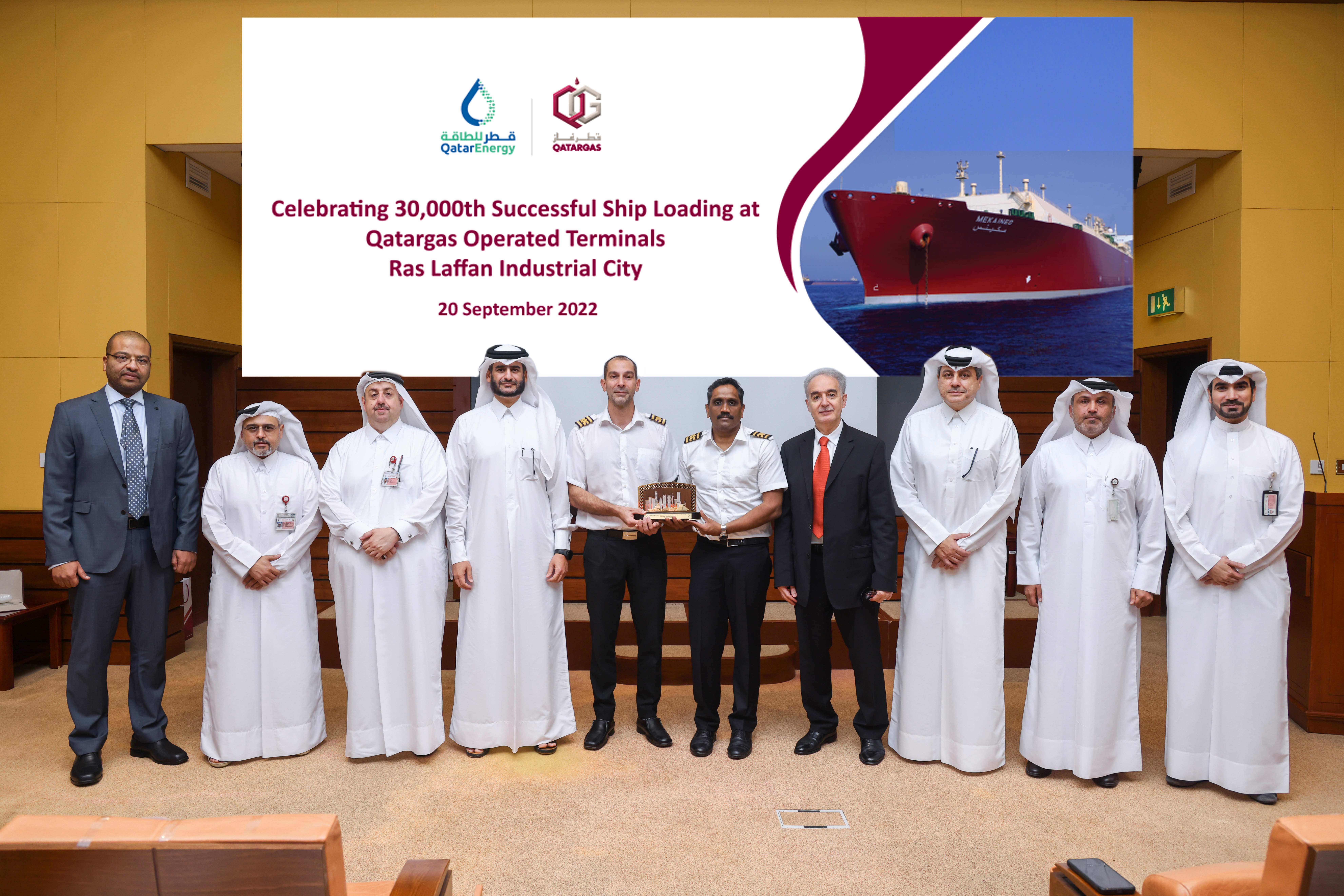 Qatargas Terminals at Ras Laffan Industrial City commenced operations in 1996. The Port and its berth facilities have increased significantly over time to cater to exports of the new and expanded industries. With six operational LNG berths, the Ras Laffan Port is the world’s premier LNG exporting facility and the only gateway for Qatar’s LNG to reach its global customers. It also has seven berths for loading non-LNG products, a sulfur loading facility, and two offshore single point mooring buoys (SPM) for loading condensate. The Port provides an essential strategic link in the chain connecting gas production derived from the North Field with the LNG end users.

Qatargas, the World’s Premier LNG Company which operates the terminal, has a current LNG production capacity of 77 million tons per annum (Mtpa); and manages the export of products amounting to an oil equivalent of one million barrels per day.
Source: Qatargas Operating Company