Rebooting Decarbonization: The Panama Canal’s Outlook on the Future for Low-Carbon Shipping

Earlier this month, the Panama Canal joined virtual informal talks organized by the International Maritime Organization (IMO). Although focused specifically on short-term measures for reducing GHG from ships, the discussions brought momentum back to the broader, industry-wide efforts around the decarbonization of shipping. These milestones, combined with recent industry announcements, not only signal a turning point in scaling up the shipping sector’s ambitions to achieve decarbonization, but also confirm the Panama Canal’s holistic approach to sustainability and how we can serve as an effective blueprint for maximizing carbon reduction across supply chains. 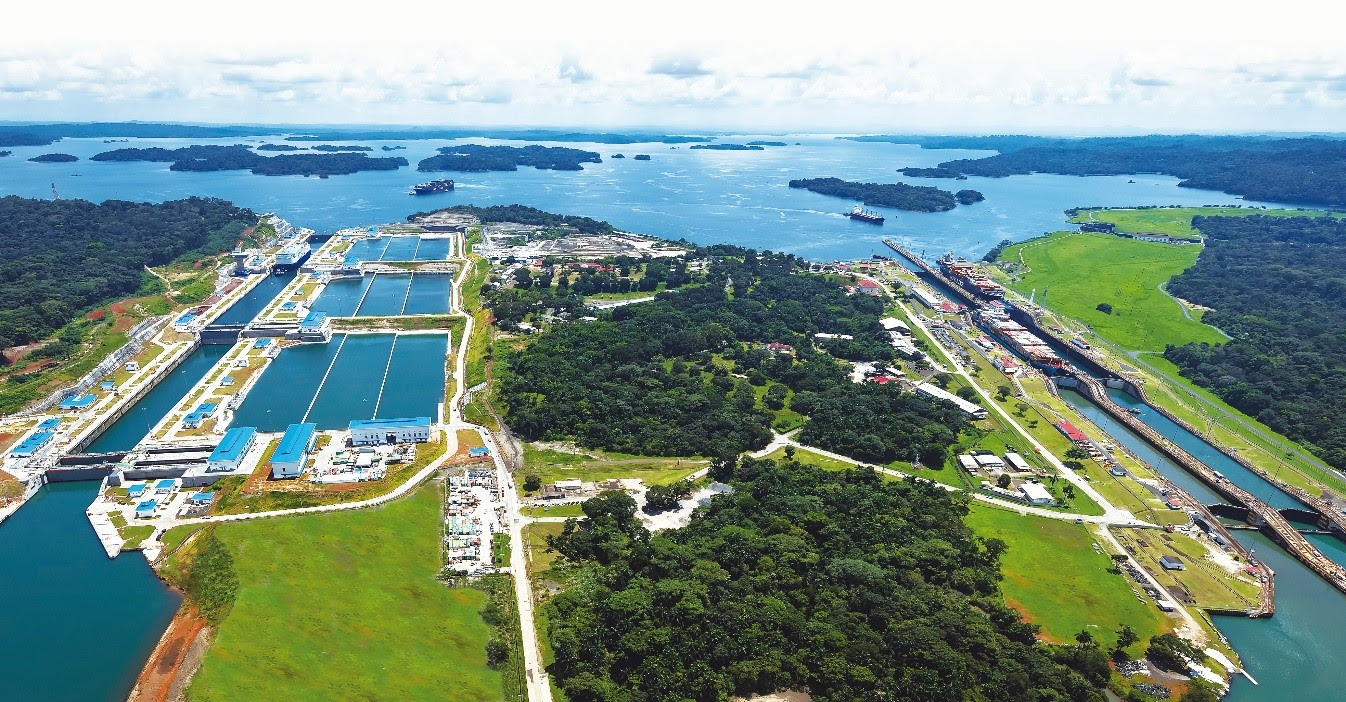 With more than 90% of the world’s global trade being carried by sea, maritime transport is responsible for 2-3% of global greenhouse (GHG) emissions, according to the IMO. To lessen its environmental impact, the IMO launched an initial strategy in 2018 aimed at securing a low-carbon future for international shipping. The strategy, which is due for revision in 2023, seeks to cut the shipping industry’s GHG emissions per transport work from 2008 levels by at least 40% by 2030, and total annual GHG emissions by at least 50% by 2050 compared to 2008.

The industry and the Panama Canal has made strides in this effort, most notably the adoption of IMO 2020, a regulation mandating that Sulphur content in ships’ fuel oil decrease to 0.5%, from 3.5%. The regulation went into effect on January 1 following years of preparation and coordination and was “implemented successfully without significant disruption” per IMO secretary-general Kitack Lim, signaling the industry’s ability to quickly adapt in the name of sustainability.

However, the conversation soon shifted to the COVID-19 pandemic and related lockdown measures, which caused a sharp decline in global trade. In the first quarter of 2020, merchandise trade shrank by 3% year‑on‑year, according to the World Trade Organization (WTO), and orders for new ships dropped by 53% in the first half of the year, with many other investments and efforts aimed at cutting shipping emissions likely delayed.

Nevertheless, a few recent developments suggest a renewed commitment to further sustainability across shipping that will carry through in the long run, and that reaffirm the holistic approach to sustainability championed by the Panama Canal. For one, as part of the recently approved recovery package, the European Union voted to include shipping in the EU emissions trading system earlier this month (ETS), and called for the creation of a new fund to back decarbonization efforts in the maritime transport sector.

Secondly, we have seen cargo owners and freight forwarders begin to take on a larger role in the low-carbon transition as consumer demand for sustainable sourcing rises. With supply chain emissions over five times higher than a company’s direct operations, large corporations are carefully looking for opportunities to cut emissions and increasingly selecting suppliers based on their environmental performance.

This has prompted a growing number of leading companies, from consumer brands to shipping lines, to announce new targets and progress in recent weeks. For example, the world’s largest ocean container recorded a decrease in CO2 emissions per container per kilometer by 5.6 percent and 2.5 percent for Dry and Reefer indexes, respectively, in 2019. Schleich GmbH, one of the largest toy manufacturers in Germany, announced last month that it will neutralize its entire sea freight CO2 footprint with the help of Kuehne+Nagel. Unilever and Apple also both recently pledged to have all products and operations be carbon neutral by 2030, following Microsoft, which earlier this year announced it will not only be carbon negative by 2030, but by 2050 will also “remove from the environment all the carbon the company has emitted either directly or by electrical consumption since it was founded in 1975.”

These bold commitments help underscore that decarbonization is good business, marking an exciting turning point for the scaling up of sustainability in shipping. Offering low and ultimately zero-carbon operations are no longer a bonus, but a critical component that must continue to be factored in across a company’s entire value chain, which is where partnership from the Panama Canal and many others will come in. 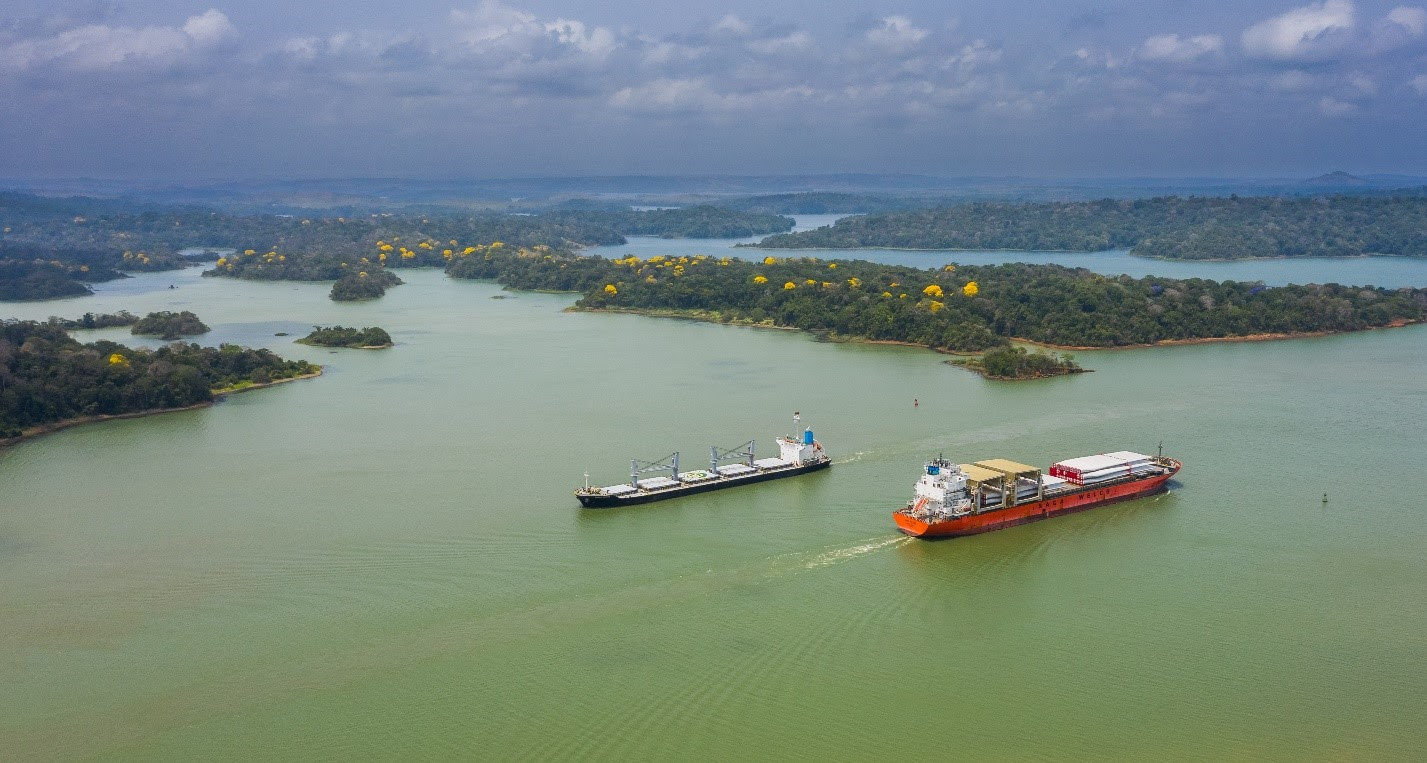 At an earlier IMO meeting, Panama presented a document to the IMO entitled: “The optimization of maritime routes as short-term measures to reduce emissions.” It outlined the various factors that impact a ship’s emissions while at sea, ranging from weight of cargo to speed, underscoring that each one must be considered and optimized to cut emissions significantly, a necessary step to meet the IMO’s goal of decreasing CO2 emissions per transport work by at least 40% by 2030 and a total annual GHG emissions by at least 50% by 2050 compared to 2008 across international shipping.

Using insights from the Panama Canal, the proposal called attention to route optimization as a critical tool that, if used across the industry, could offer a tangible, exponential reduction of CO2 and other GHG emissions from ships, in addition to costs, fuel and other savings. An optimal route can amount to up to 10% of GHG reduction potential, based on time reduction and navigation distances, according to the IMO.

Since opening over a century ago, the Canal has become a key proponent for optimized routing, having directly contributed to the reduction of 800 million tons of CO2 emissions. This is in part because the Panama Canal allows shippers travelling from Asia to the U.S. West Coast to save 12 percent and 18 percent fewer emissions compared to the Suez Canal or Cape of Good Hope route, respectively, by shortening the distance and saving time, fuel and additional costs.

The waterway is more than a shortcut. In recent years, we have built beyond our core offerings through the Panama Canal Green Route Strategy, which aims to maximize our environmental and operational efficiency. This then allows us, as outlined in our own technical paper to the IMO, to directly contribute to customers’ positive initiatives and technical measures to help reduce their CO2 and GHG emissions.

For example, in 2014, the Panama Canal began promoting the IMO’s implementation of nearby transit separation schemes (TSS) and vessel speed reduction programs. Effective August 1 to November 30 each year, the measures reduce the risk of collisions between migrating whales and vessels traveling to and from the waterway, while also lowering their GHG and pollutant gas emissions by an average of 75%, depending on the type, size, and fuel of each vessel. This amounts to over 15,000 tons of CO2.

Two years later, the completion of the Panama Canal Expansion in 2016 significantly expanded the route’s emission savings for shippers by allowing them to transport even greater amounts of cargo in less trips, saving time, fuel and emissions. In its first year, the Expanded Canal saved an estimated 17 million tons of CO2 for shippers, a figure that is expected to swell to 160 million tons by the end of its first decade.

The waterway has also leveraged technology to optimize its all-water route, demonstrating its important role in “digitalization and port calls optimization”, improving operational and environmental efficiency in the logistics industry. In 2017, the Panama Canal partnered with the Panama Maritime Authority and other Panamanian bodies to launch Panama’s Maritime Single Window (VUMPA), streamlining logistics paperwork for international customers passing through the country, a notable feat that required extensive inter-agency coordination and is credited with saving over 300,000 paper forms and 3,200 hours on an annual basis. That same year, the Canal’s Green Connection program also introduced the Emissions Calculator, a tool that allows shippers to measure their GHG emissions per route, including the total emissions saved by choosing the Panama Canal over other routes. Both the VUMPA and Emissions Calculator were upgraded in 2019 to include improved emissions tracking technology.

By taking these steps, the Panama Canal has developed an all-encompassing blueprint for the reduction of CO2 emissions, which we will continue to advocate for and build upon in the months and years ahead alongside our customers and industry peers. Although the COVID-19 pandemic is still a pressing challenge, the subsequent recovery gives us an opportunity to rebuild better. It is critical that we take this moment to come together, raise our ambitions and steer the planet towards a more sustainable and inclusive future.
Source: The Panama Canal Authority

2020-08-03
hellenicshippingnews..
Previous: Eagle Bulk Reports the Successful Resolution of Security Incident Onboard Vessel
Next: Contract signed for transport and installation of foundations at Dogger Bank