A wave is about to break over the marine world that will sweep over refiners, lubricant makers, the international shipping community and major equipment manufacturers.

New rules kick in on 1 January 2020 drastically slashing the amount of sulphur content in bunker fuels, from around 3-4% in the open seas to a maximum 0.5%.

With little more than a year to go, shipping leaders have said they are still testing, or yet to test, new technologies or fuels that are not widely available.

The deadline cannot be pushed back. And questions remain about who will enforce this, with regions and individual ports potentially being lined up to do this, rather than the International Maritime Organisation (IMO), which established the rules.

From the shipowners, ports and engine makers, to the refiners, lubricant manufacturers and additive makers, each link in the marine and fuels supply chain faces unique, though inextricably linked challenges.

It would mean an “immediate and huge” change for the lubricants and bunker fuels markets, according to Unni Einemo, spokesperson from the International Bunker Industry Association (IBIA).

In the first of a two-part series on the changes, this Insight article will look at what analysts and industry expect for the refining and shipping sector.

A second article to be published in October will focus in on what it means for the base oils and marine lubricants markets.

REFINERS’ STRATEGIES – RATHER INSCRUTABLE
Challenges for shippers are at least three-fold. First is increased costs – either from installing “scrubber” technology, which strip high sulphur fuels of their sulphur content, or from purchasing new types of low sulphur fuel expected on the market.

Then there is the logistical pressure of where to load new fuel and the appropriate new lubricants to match.

Time is another challenge. All this preparation comes on a relatively short time scale for a business used to long lead times, with operators trialling options at what seems to be the last minute.

What possibly adds to the clouded situation from the shippers’ point of view, especially smaller operators or traders perhaps without as many direct links to the big oil companies, is that refineries have not been too public about what their plans are.

There is a sense, on the ground, when you talk to shipping contacts, about a lack of information.

Refineries are keeping their cards close to their chest on what fuels they will offer. The major players want to understand how compatible different types of fuel will be, according to Damien Valdenaire at Concawe which carries out technical studies on the refining sector in its work as the research branch of the European Petroleum Refiners Association.

This is a challenge when they cannot reveal too much information about their blends, due to commercial sensitivities.

A paper published by Concawe in 2009 laid out possible options for refiners: change their plants to desulphurise the “streams” which produce 0.5%-sulphur content marine fuels, or instead convert the residue to diesel or middle distillates.

The latter option was the preferred one as most of the investments over the last decade were to increase diesel yields.

Fast-forward to the summer of 2018, refiners’ plans are not out in the open for obvious competition law restriction.

“We won’t have an answer to who will produce what, the quantity, or what quality,” said Valdenaire.

At a lab in Rotterdam, Concawe is testing anonymised samples of what could be the 0.5% marine fuels from refiners.

Its researchers hope to provide some guidance on compatibility between the different fuels and expect initial results as soon as this month, together with their research partners the International Standards Organisation (ISO) and the International Council on Combustion Engines (CIMAC).

GASOIL DEMAND COULD ROCKET
Looking past the oil majors’ guarded positions, refineries will be forced to change their output, according to Elia Farah, petrochemical and energy analyst at ICIS.

“We predict a major shift in demand to distillates from high sulphur fuel oil (HSFO) from 1 January 2020,” he said.

Residual fuel oil is currently the most widely used fuel in ships, Farah added, who is working on a white paper forecasting the impact of IMO rules due by later in this year.

“We expect to see gasoil demand increase by 120% as a bunker fuel. It is not widely used within shipping at the moment, but it will grow to have the biggest market share, globally, after the upcoming regulations come into play,” he said.

“Fuel oil demand overall within shipping will decrease by 40% in 2020. Although it is significant, it does not seem as major as the change in gasoil, because there will be some additional volumes of low-sulphur fuel oil mitigating this decline.”

This is where classic supply and demand drivers, and hence pricing, will come into play.

According to Farah, the price of high-sulphur fuel oil is expected to drop, so scrubbers will start to be employed in new ships.

“We do not anticipate much retrofitting to take place, with a very small percent of existing ships carrying out such investments, given the high associated costs,” he said, adding that newly-built ships will use the “abundance” of HSFO.

“Which will be a lot cheaper. Over time, we’ll start to see demand for HSFO increase, offsetting distillate demand growth in the long term.”

Bringing our view back to the present, new fuel types will affect what lubricants are best suited for different vessels – something that will be addressed in the second part of this article in October.

This is just one option of many, which means some hard thinking and preparation for shipowners.

UNCHARTERED WATERS
Shipping lines face choppy waters, besides this impending emissions deadline. 2018 has thrown up political tensions between world superpowers the US and China, with President Trump’s rhetoric tailed by anti-dumping duties thrown up on both sides, not to mention warning shots taking in the EU, Iran and, of course, Mexico.

Within the new sulphur rules, there are several routes to compliance as well as costs associated for shipping.

“Stricter limits on sulphur in fuel from 2020 onwards will pose a major challenge for the shipping industry, as we will have to simultaneously use new technologies and fuels which are currently only being trialled or are not sufficiently available,” said the CEO of shipping major Hapag-Lloyd AG, Rolf Habben Jansen, at the firm’s second-quarter financial results press conference in July.

“We will probably need a combination of the three solutions mentioned and [we] are currently evaluating all available options with a view to a future strategy for shipping fuel,” he said.

Hapag-Lloyd AG is using three pilot projects in 2019 trying out different technologies to find the “right mix” for its fleet set.

Other options on the table for shippers include distillate fuels, methanol, or another option pointed at by several speakers interviewed for this article: to simply not comply.

While it is not advisable, it could be being considered, but this would mean shippers risk breaking the rules in the hope they will not be caught.

Major costs associated with equipment for the new low sulphur regime run into the millions. This would be a massive gamble for players to take, given the current lack of clarity over the policing of new rules.

ENGINER MAKERS GEAR UP SCRUBBERS
Shipping sources have expressed concerns about the cost effectiveness of new options, their practicalities, and whether they are getting enough information yet from governing bodies and fuel suppliers.

Having said this, preparations are under way from some big original equipment manufacturers (OEMs).

The group, which is listed on Finland’s stock exchange, reported “high demand” for scrubber solutions and “activity increasing” in both the new build and retrofit markets.

Scrubbers are proving controversial in some camps, including that of the CEO of Odfjell, a major Norwegian tanker chartering and operations group which deals with bulk liquid cargoes, including chemicals.

The company’s CEO, Kristian Morch, told trade magazine Ship & Bunker: “I think fundamentally we have difficulty in seeing why an industry with 60,000 ships should try and solve a problem that actually should be solved ashore. The people that supply in the bunker market will have to adapt to whatever regulation goes on in that market.”

A scrubber solution “intuitively doesn’t make sense”, he went on to say, but there are still scenarios where it “could be quite an attractive” investment, including where the spread between HSFO bunkers and compliant fuel is wide.

“But it would be a $90m to $100m decision by Odfjell and we’re not convinced that that spread will stay as wide as it is,” he said.

Other challenges include how easily available low-sulphur fuels will be, whether they will be interchangeable (something that research from Concawe’s may help show), and how rules will be enforced on the open seas.

“The EU, the European Commission [the EU’s executive arm], the Port States Control authorities know how to control, prosecute, and to make sure the law is being applied. In Europe, we know the level of compliance will be very high. Controls, checks so on,” said Concawe’s Valdenaire.

Some see a risk in regions like Latin America and some African countries which have not got the same experience as Europe and North America, as both regions have already introduced in 2015 zones of the sea limiting sulphur emissions to 0.1%.

The areas are known as Emission Control Areas (ECAs) and are located in the Baltic and North Seas, parts of the North American East and West coastlines and the US Caribbean (see map by Transportstyrelsen via ResearchGate). 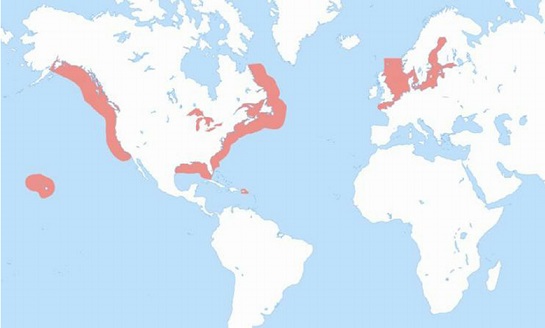 Valdenaire added: “We don’t want to be isolated. The level of enforcement may vary between region and we think it’s a risk for competitiveness and global enforcement.”

Efforts have been made to spread and share information, as far as can be done.

Fuels Europe, the advocacy division of the European Petroleum Refiners Association (Concawe is the scientific division), has launched a marine fuels platform, a working group, and invited other refiners’ trade groups from America, Canada and West African (WAF) to communicate on this. A website has also been launched to promote information

For a “historically conservative” sector like marine, this regulatory pressure is new, according to marine lubricant players, and marks a contrast with the automotive market, with more regular and less dramatic tweaks to fuel and lube specifications.

The next year and three months – and beyond – will be crucial. It is a complex time, where the rule change will affect the price and availability of currently used bunker fuels, as well as newly made ones.

Choices made by shipping companies – to use new low sulphur fuel, or to install scrubbers that can use “dirty fuel” – will be driven by their attitude to costs and ease of use.

These choices will have consequences for refineries’ output, and vice versa. And these choices will dictate whether the marine sector emerges relatively damage-free after the wave washes over them, and how much money it will have cost them.
Source: ICIS By Vicky Ellis (https://www.icis.com/resources/news/2018/09/11/10258700/insight-refiners-shippers-face-uncharted-waters-of-low-sulphur-2020-rule/)