Such are the severity of the top issues affecting the maritime industry at the moment, that they remain unchanged in 2022 in comparison with 2021, according to the Global Maritime Issues Monitor.

The report – jointly published by the Global Maritime Forum, Marsh, and the International Union of Marine Insurers – puts decarbonisation and new environmental regulations as the most impactful issues for shipping for the second year in a row.

However, in terms of likelihood, fuel price increases and geopolitical tensions have risen to the top positions, “reflecting the realities of early 2022 and the outbreak of war in Ukraine”, said the report. 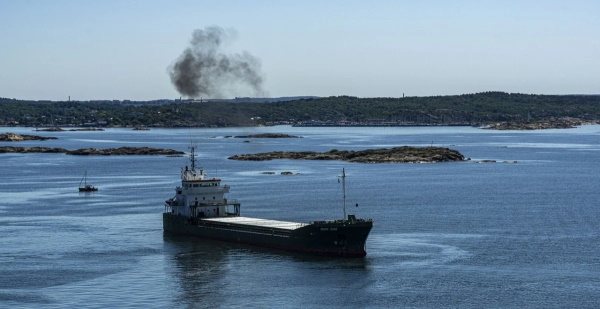 The Global Maritime Issues Monitor gauges the sentiment of senior maritime stakeholders on key issues likely to impact the sector in the next ten years, and the industry’s preparedness to face them.

“This year’s findings confirm last year’s trend: decarbonisation is a top issue for the maritime industry. Decarbonising shipping is an enormous challenge, but it is encouraging to see that the industry’s confidence in its ability to overcome this challenge is growing,” said Richard Turner, president of the International Union of Marine Insurance.

After decarbonisation and environmental regulations, respondents pegged geopolitical tension at the number three spot in terms of impact, which marked a sharp rise from its ranking at nine last year. Also in the impact ranking for this year were infrastructure failures, digitisation and cyber risks, and workforce and skill shortages.

With over 60% of the survey respondents based in Europe, it was unsurprising to the report’s authors that about 35% of survey respondents said the Russia-Ukraine war had impacted their business or made them reassess supply chain resiliency, trade routes, and/or vendor credit positions. Respondents reported both direct and indirect impacts from the conflict. Direct impacts included redirecting trade routes and changes in trade flows for routes that were disrupted; ceasing trade or ending other business relationships with Russian stakeholders; and stopping calls on both Russian and Ukrainian ports. Indirect impacts included sanctions affecting their business; exposure of vulnerabilities in the value chain; and price increases and uncertainty.

Unprepared for autonomy
To compile the report, the firms surveyed a wide range of maritime industry participants asking which issues they believed are most likely to arise over the next ten years, which will have a high impact, and how well prepared the industry is to meet the challenges.

In terms of preparedness, the respondents said they felt least prepared for autonomy technology and noted a failure or shortfall in infrastructure.
“The maritime industry has a long history of facing disruptions and uncertainty,” said Marcus Baker, global head of marine and cargo at Marsh Specialty.
Notably, fuel price and geopolitical tension rose from the number seven and six ranking respectively in 2021 to number one and two in terms of likelihood. This is the first time fuel price increase has taken the top ranking and reflects the current concerns surrounding global fuel supply.

The report authors notes that the rise of fuel concerns pushed new environmental regulations and decarbonisation of shipping from the number one and two spots in 2021 to third and fifth, respectively, in terms of likelihood.

“Many observers have expressed concern that the war between Russia and Ukraine, with its high impact on energy use, is drawing attention away from climate issues, and not only in the maritime industry,” said the report.

Regarding preparedness, views improved on the industry’s readiness for decarbonisation and environmental regulatory issues. The report’s authors concluded that this shift demonstrated that respondents believe the industry is more prepared to reduce or eliminate the use of fossil fuels in shipping, and that it is increasingly prepared for environmental requirements through regulations.

“Key stakeholders have realised the need to work together with regulatory bodies to lay down a concrete and accelerated path toward decarbonisation,” said Eric Aboussouan, director of strategy, investments and partnerships, and digitalisation at Cargill Ocean Transportation at Cargill. “The simple fact that more and more shipping actors are willing to look at data, analyse those, and publish the findings and results on their progress toward decarbonisation is already a big step forward.”

But, seen in conjunction with environmental concerns, financing risks are likely to escalate. Michael Parker, chairman of global shipping, logistics and offshore at Citi, said: “The availability of capital will become increasingly important. And that will begin to be dictated by emissions and other environmental metrics as cargo owners choose which vessels they charter based on those metrics, and not just freight rates.”

Meanwhile, the progress of digitisation and connectivity ensured that cyberattacks ranked high in the survey, ranking number four for likelihood in 2022. However, the likelihood of big data and artificial intelligence generating challenges ranked lower, placing at number seven this year compared with four in 2021.

“Every company in every industry should expect a cyberattack,” said Elisabeth Case, managing director, cyber practice, US and Canada at Marsh. “An important mindset companies can adopt is to focus on resilience,” Case said. “Rather than trying to block every possible cyberattack, resilient companies—and insurers—are focusing on key controls, such as multifactor authentication, email filtering, and others in order to minimise the impact of a cyberattack when one does occur.”

Thomas Bagge, CEO and statutory director at the Digital Container Shipping Association, added that the generally conservative nature of the shipping industry is the “single biggest thing” holding it back in terms of managing cyber risks and issues related to digitalisation. “Industry is significantly better prepared for cyberattacks than a few years ago—certainly that is the case for container carriers—but the risk is also increasing.”
Source: Baltic Exchange

Previous: Mester: Fed will watch growth concerns after clear progress on inflation
Next: Russian Clean Product Exports Down 5.1% During 2022