FN Diving can Replace/repair any corroded exhaust pipe during cargo operations afloat underwater and hereby minimizing the risk of any downtime of the vessel’s operations.

When a vessel experiences water ingress as a result of corroded scrubber outlet pipes. Or the stub pieces in the hull are affected. FN Diving Rotterdam will project manage the full operations in order to repair and or exchange / renew the Scrubber overboard pipes. 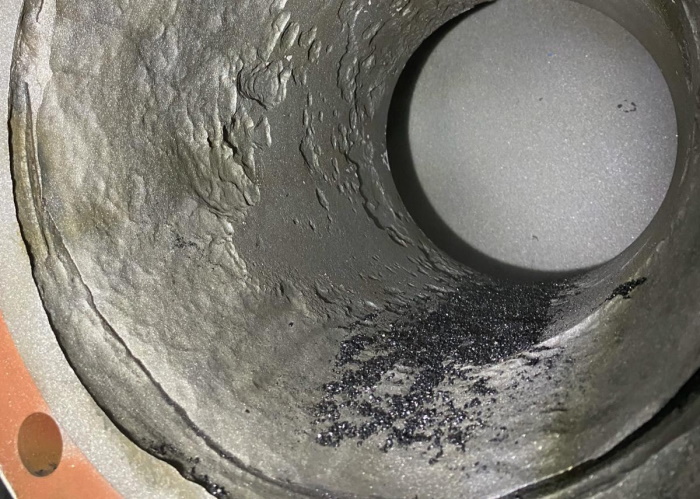 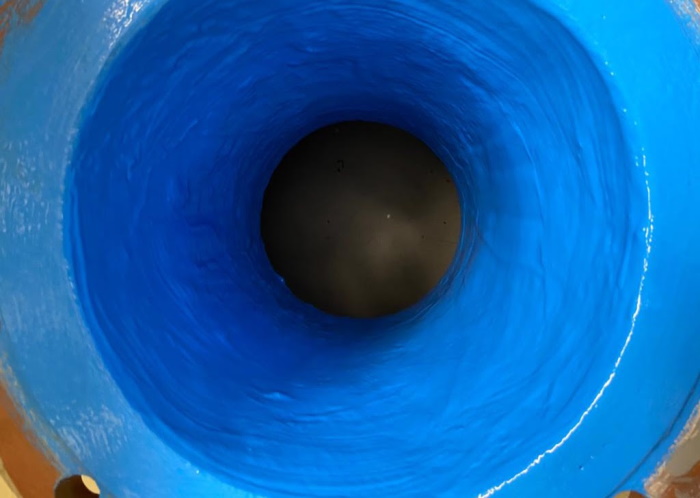 Scrubber waste is corrosive. We have seen recent incidents on the underwater hull, where within 9-to-16 months after the installation of an open loop scrubber, mild to extreme corrosion of the overboard distance piece or in its immediate vicinity had resulted in water ingress into areas such as the engine room, ballast tanks, void spaces and cargo holds. Furthermore we find a lot of deterioration on Propellers, Anodes and the Hull in the Aft section behind the Scrubber outlets.

Our Underwater inspection teams found that an absence of, and mostly poor application of protective coatings on the inside of the pipe and at the welds, along with poor application or even non-existent coating of the hull plating near the wash-water discharge outlets were identified as the causes of even more accelerated corrosion on big parts of the aft section of the vessel. 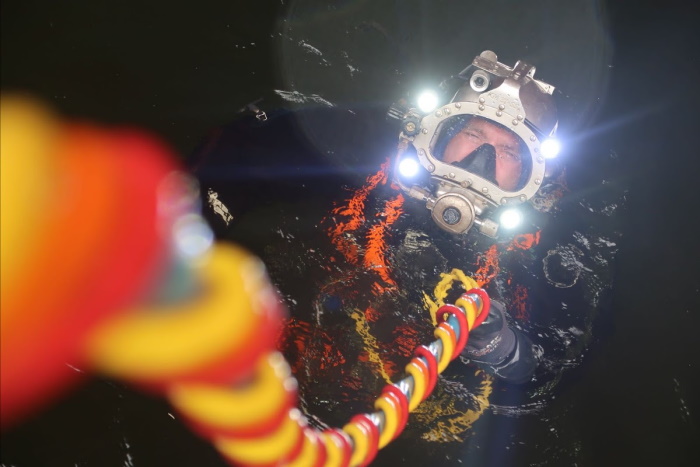 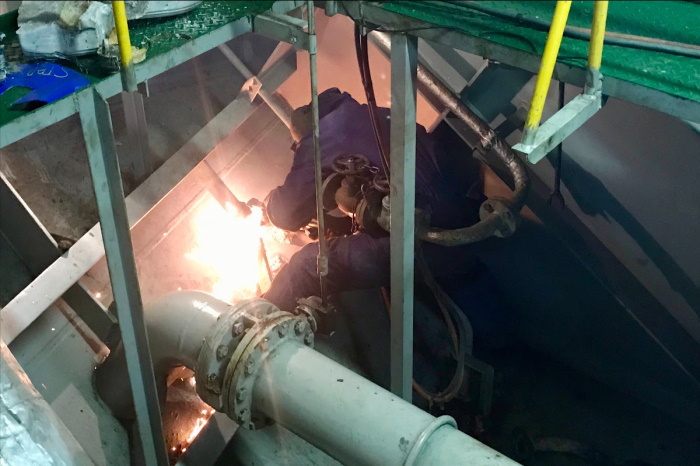 In all these cases, permanent repairs were carried out by FN Diving Technicians.

Our joint team consisting of a FN Diving diving technicians, class approved welders and a Coating Application team are sent to the vessel to carry out the full repairs. 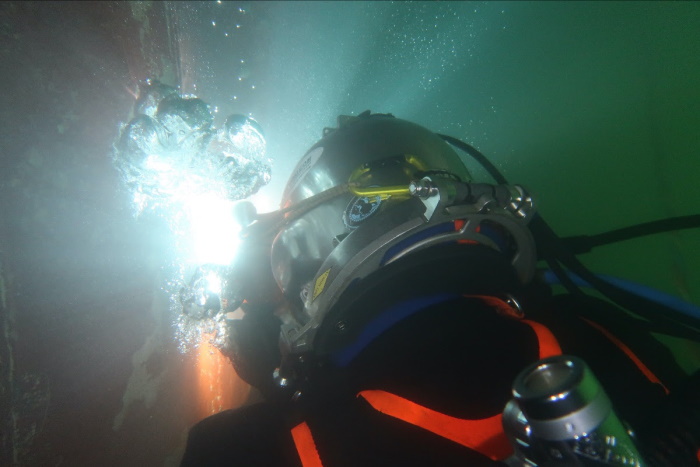 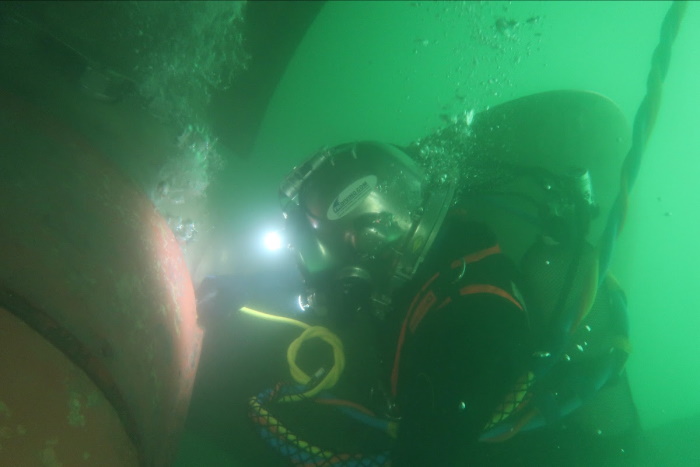