When House of Representatives Speaker Bambang Soesatyo finally bowed to President Joko Widodo’s request to leave four crucial pieces of legislation to the next parliament, not all of the outgoing lawmakers leapt to his command.

Under pressure from heavy hitters in the country’s US$32 billion coal industry, the parliamentary mining commission was still scheduling meetings days later, vainly trying to find a way to get the newly revised Mining Law through a plenary session of the outgoing House.

The crux of the matter is a new amendment to the 2009 Mining Law which will lift the 15,000 hectare restriction on the size of coal miners’ concessions when they are compelled to convert their expiring Coal Contracts of Work (CCoW) to new Special Business Licenses (IUPK).

“The commission members had to prove to the coal lobbyists they were doing everything possible to get it done, even if they did appear to be defying Jokowi (Widodo),” says one industry source familiar with day-to-day developments.

They will soon be replaced by an entirely different line-up now that a new parliament has been installed. “It’s going to be a whole new ball game,” says one outgoing commission member. “There will be a whole lot of new interests involved. We have no idea what the new commission will do. It might even start all over again.”

Underlying the property restriction is a concerted move by the State Enterprise Ministry to take over the balance of concessions, currently operated by some of the largest private sector coal firms, which unlike foreign miners wield considerable political influence.

Over the past year, Energy and Mineral Resources Minister Ignasius Jonan, who could be replaced in the next Cabinet reshuffle, has called in coal producers one-by-one to urge them to relinquish parts of their concessions, in one case by as much as 72,000 hectares.

“There is clear evidence of an ongoing struggle between the public sector and the private sector for the control of the Indonesian coal industry,” says lawyer Bill Sullivan, who specializes in mining issues. “This is very much a battle of the giants, and it’s not clear who the winner will be.”

Coupled with ongoing global economic issues and the move away from coal to renewable energy sources, the lack of legal certainty has hard hit the industry, with companies finding it difficult to raise finance and interest potential investors.

Last March, State Enterprise Minister Rini Soemarno returned the proposed Mining Law amendment to the State Secretariat, challenging the lifting of the 15,000 ha restriction and seeking additional regulations that will give SOEs priority in taking over expiring contracts.

In an accompanying letter, she reminded the government that the country’s natural resources, including minerals and coal, belong to the state “and their commercialization must be optimized for the people’s prosperity and well-being.”

Soemarno’s job may also be on the line when the new Cabinet is announced later this month, but in the meantime she is holding tough. “State-owned companies, as an extension of the state, require a greater role in representing state control over natural resources,” she said. 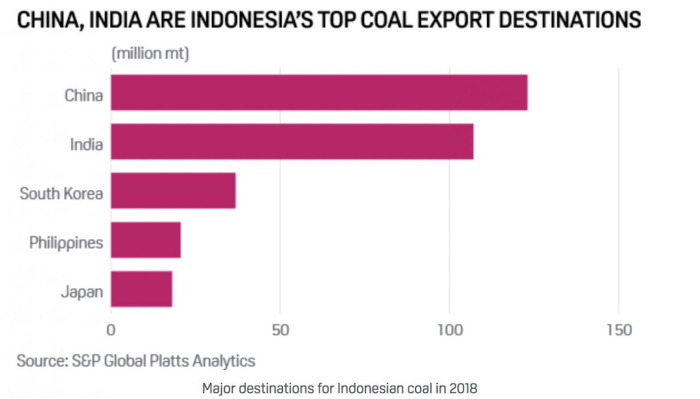 Soemarno insisted in the letter that policies are needed to support the role of SOEs in downstream processing, part of a wider government effort to add value to the country’s coal and other minerals, and help boost foreign exchange reserves.

Industry sources say mining magnate Aburizal Bakrie, owner of Bumi Resources, the country’s largest producer of thermal coal, and his protege, Andi Syamsuddin Arsyad, a former motorcycle taxi driver, have been leading the charge to get the bill passed in its current form.

Kalimantan mine owner Kiki Barki, owner of PT Tanito Harum, whose CCOC was surprisingly extended by the minister of energy and mineral resources earlier this year, then revoked when the Anti-Corruption Commission (KPK) questioned its legality, is also at the forefront of the fight.

According to reports, the KPK wrote directly to Widodo in June asking him to cancel Tanito Haram’s IUPK – a clear sign that it saw the potential risk of a financial loss to the state, which the Attorney General’s Office often uses as grounds for a corruption charge even when personal enrichment is not involved.

Although the KPK has generally steered clear of such cases, Widodo supported the revisions to the new law seeking more oversight of the commission because he believes its uncompromising war on corruption is inhibiting bureaucrats from making timely business-related decisions and thus contributing to slowing economic growth.

Between now and 2025, seven other so-called “generation one” contracts are due to expire, including Kalimantan-based PT Arutmin and PT Kaltim Prima Coal, both of which fall under the umbrella of Bumi Resources, whose concessions are up in 2020 and 2021.

Between them, Kaltim Prime and Arutmin have a total concession area of 147,000 hectares across South and East Kalimantan, producing about 60 million tons of coal a year and with export markets across India, China and nine other Asian countries.

Mine owners don’t want to be put in the same position as US mining giant Freeport, which was forced to relinquish a controlling interest in its profitable Grasberg copper and gold mine in Papua to state-owned holding company Inalum in exchange for a contract extension.

Coal firms invariably belong to Indonesian businessmen because they are open-pit excavations with little of the expensive processing and general expertise needed for the exploitation of minerals, particularly in complex underground operations like at Grasberg.

Both, however, are maturing fields and Pertamina is already fighting a losing battle to maintain production at the Mahakam field, off the east coast of Kalimantan, because of a shortage of finance to drill the required number of wells each year.
Source: Asia Times