An increased crude oil production in the U.S. could offer additional support to the tanker market. In its latest weekly report, shipbroker Gibson said that “US crude production has averaged this summer some 600,000 bpd above the level seen in summer 2020. However, on an annual average basis, US crude output in 2021 is still likely to average at slightly lower levels compared to 2020, in part due to disruptions caused by Hurricane Ida. Another key factor why the US is not seeing a greater increase in output is the impressive cash-flow discipline shown by public US shale operators. They have moved away from expanding production to debt reductions and dividend growth after years of disappointing financial results. The CEO of Pioneer Natural Resources, the single biggest oil producer in the Permian basin shale, expressed an opinion that shale producers are likely to keep using rising cash flows to pay shareholders and not fund new drilling, despite the upward trend in oil prices”. 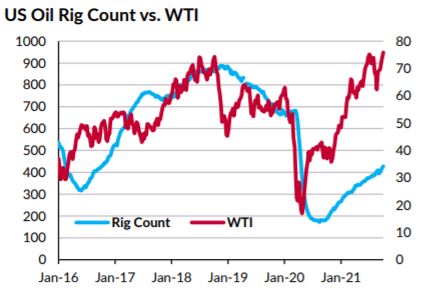 According to Gibson, “nonetheless, the US drilling activity is rising. Baker Hughes data shows that there are currently 428 oil drilling rigs in operation, more than double the level seen in Q4 2020, although these numbers still are well below the rig count seen prior to the pandemic. According to analysis done by IHS Markit, private companies accounted for the vast majority of the growth in the number of US oil and gas drilling rigs this year, as these companies do not face the same pressure from investors. Going forward, larger companies may have to increase spending in drilling. Up till now, many operators have been relying on drilled but uncompleted wells (DUCs) to maintain production without higher spending. The number of DUCs fell to 5,957 in July, the lowest in four years, from nearly 8,900 at its 2019 peak. The EIA estimates that the top US shale fields have less than six months of DUCs remaining. On this basis, drilling activity needs to increase in order to prevent a decline in production. Higher oil prices are another critical factor which could stimulate investment. Rystad Energy estimates that during the 1H 2021 shale’s break-even price at the well-head averaged in a range of $20-$40/bbl, depending on the basin. With WTI comfortably above $60/bbl since February this year, this leaves plenty of margin to offer attractive returns to investors and to invest into expanding the production base at the same time. Both the IEA and EIA see US crude output growing going forward, with their latest estimates for growth in 2022 ranging between 650,000 bpd and 800,000 bpd. Further gains are also likely beyond 2022”. 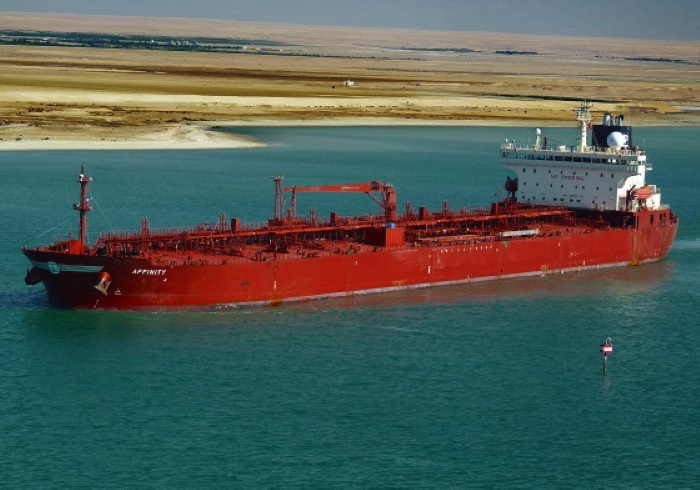 The shipbroker added that “for the tankers markets, higher US crude output will facilitate rising exports. Kpler data shows that so far this year US crude exports have averaged just circa 200,000 bpd below the record levels reached in 2020. Long haul exports on VLCCs have remained stable, while Suezmax shipments have actually increased by over 40% at the expense of declining Aframax trade. If a rebound in US crude exports is indeed seen, longer haul trade on larger tankers is likely to benefit the most, as refining capacity in Europe has seen some permanent capacity shutdowns, while demand is under exponential environmental pressure. Furthermore, as a sizable portion of West African crude will be refined domestically once Nigeria’s Dangote refinery becomes operational, Asian buyers of misplaced barrels may have to look further afield to source grades of similar quality”.

Meanwhile, “although expectations are for the growth in US shale to resume, for now the gains here are unlikely to be as spectacular as those projected prior to the pandemic. Yet, we need to bear in mind that rising oil demand, steep draws in global inventories and the reluctance of OPEC+ to release more than 400,000 bpd into the market on a monthly basis could well see further upward pressure on oil prices, testing once again shale producers’ self-imposed discipline”, Gibson concluded.
Nikos Roussanoglou, Hellenic Shipping News Worldwide

Previous: U.S., EU line up over 20 more countries for global methane pact
Next: Consumers Concerned About Out of Stock Items and Shipping Delays — But They’re Not Changing Their Behavior