Royston’s Onboard With New Engine Overhaul Work As OSV Sails

Marine engineering and propulsion specialist Royston has completed the overhaul of diesel engines onboard one of Europe’s largest dive support vessels as it sailed between ports.

Engineers undertook the major service on two Wartsila W7L32P engines onboard the 140m long Subsea 7 Seven Atlantic, as part of a planned refurbishment and maintenance programme of critical power plant.

The job was completed during a tight eight-day window as the Seven Atlantic sailed from Peterhead in Scotland to Rotterdam in the Netherlands before returning to Aberdeen. Royston’s engineers, who were accommodated onboard, worked in 12 hour shifts to utilise the restricted vessel downtime to complete the work.

Cylinder heads were overhauled and replaced, camshaft bearings inspected and replaced, piston and connecting rods dissembled, checked and re-fitted using new rings, big end bearings and also main bearings inspections were included as part of an extensive package of engineering support provided by Royston. This also saw intermediate gear inspected and serviced along with fuel systems, exhaust manifolds and charge air coolers. Engineers also completed checks on the turbocharger on the Wartsila W7L32 diesel generator No.3 while the vessel lay alongside in the dockyard in Rotterdam. 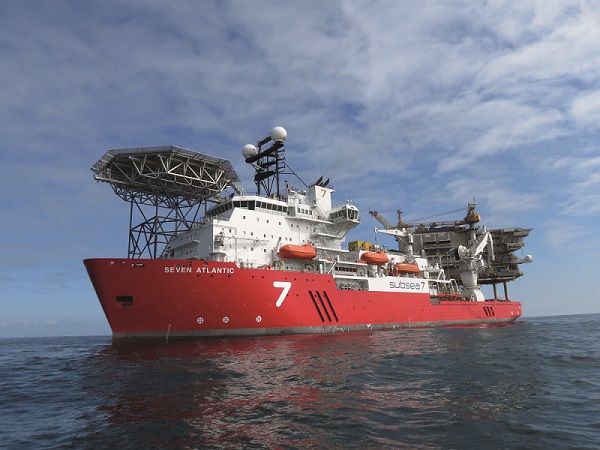 Following completion of the work, incremental load testing in line with the manufacturer’s guidelines was completed to ensure the generators were operating at maximum capacity.

Gary Bartlett, superintendent at Subsea 7, said: “Royston has completed a quality job for us in difficult conditions and within a tight timeframe. It reflects the experience, skills and professionalism they bring to their work, delivering engineering services that provide tangible operational time and cost savings.”

Shaun Cairns, Royston’s operations manager on the contract, said: “This latest work for Subsea 7 shows our strong experience and capability in the overhaul and repair of Wartsila marine diesel engines. Regardless of a vessel’s location and the status of its engines, we can deliver a highly responsive, and efficient service.”

Built in 2009, the Seven Atlantic is one of the largest and most capable vessels of its type in the world, operating a 24-person saturation diving system. Its power plant package comprises six Wartsila 7L engines, each driving a 3360kVA Van Kaick generator, generating 6,6 kV (mains voltage). The propulsion installation runs on marine gasoil to provide power for propulsion, dive systems, crane activities and other consumers.
Source: Royston