The product tanker market has enjoyed some positive momentum so far this year, despite the fact that Russian clean product exports have been retreating. This can be attributed to the higher ton-mile demand. In its latest weekly report, shipbroker Banchero Costa said that “in previous weeks we discussed Russian crude oil exports, with Russia being the second largest seaborne exporter of crude oil in the world after Saudi Arabia, accounting for 10.7% of global crude oil shipments in 2021. However, Russia also hosts a very significant refining industry, and is a major exporter of refined petroleum products. Total clean products loadings from Russian ports in the 12 months of 2021 reached 72.5 mln tonnes, which was a +3.8% y-o-y increase from 2020, but also a +7.1% increase from (pre-Covid) 2019.

According to the shipbroker, “given the impact of war and sanctions, exports were negatively impacted so far in 2022. In Jan-Aug 2022, Russian clean products loadings declined by -5.1% y-o-y to 46.5 mln tonnes, from 49.0 mln tonnes in Jan-Aug 2021. This was still above the 45.8 mln t loaded in (pre-Covid) Jan-Aug 2019. The proportion of cargo types remains similar to last year, with gasoil cargoes adding up to 27.6 mln t, or 59% of the total clean products exports, naphtha with 11.7 mln t (25%), and gasoline at 4.3 mln t (9%). Russia accounted for about 8 percent of global clean products seaborne exports in Jan-Aug 2022. More specifically, it accounted for 13% of global gasoil exports, and 14% of global naphtha exports, but just 3% of global gasoline exports”. 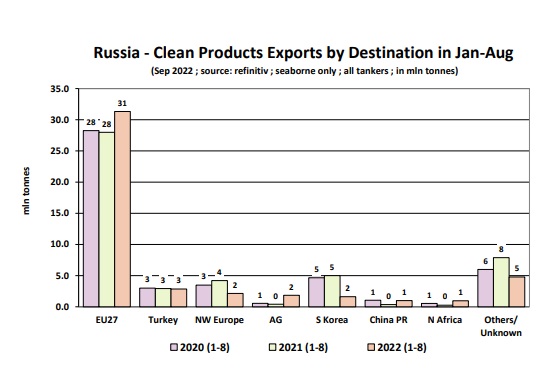 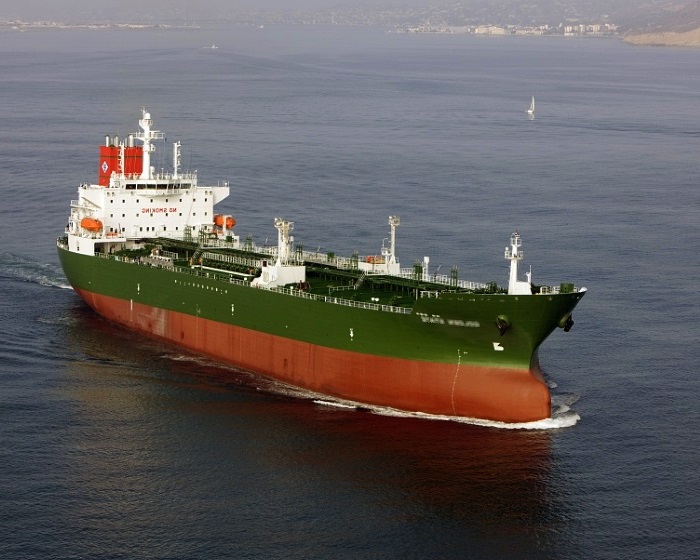