LNG exports from Russia were down during the Jan.-Oct. 2020 period for the majority of destinations, apart from China and Taiwan. In a recent weekly note, shipbroker Banchero Costa said that “Russia is the fourth largest exporter of liquified natural gas in the world, after Qatar, Australia, and the USA. In calendar 2019 the country exported a total of 28.6 mln tonnes of LNG by sea, according to Refinitiv vessel tracking data. This amounted to 7.7 percent of global seaborne LNG exports. The majority of LNG exports from Russia are currently sourced from the Yamal LNG project, the northernmost industrial facility on the globe, and loaded at Sabetta Port on Russia’s Arctic coast. Yamal LNG is served by a fleet of 15 ice-class 170,000 cbm LNG carriers”.

According to the shipbroker, “in 2019, exports from Yamal LNG reached 18.6 mln tonnes (65% of Russia’s total). The vast majority of this (83%) was shipped to Europe, whilst just 13% was shipped to Asia (mostly China). A second LNG Plant, named Artic LNG 2, is currently under construction with completion date planned for 2022 at a site to east near the Gyda Peninsula, across the river Ob estuary from Sabetta, and will be targeted for the Asian markets. The Arctic LNG 2 project plans the construction of three LNG trains, with a capacity of 6.6 mtpa each. The second largest operational LNG export facility in Russia is in Prigorodnoye on Sakhalin Island, in the country’s Far East region, from the Sakhalin-2 project. This was the first LNG export facility in Russia. The LNG plant was inaugurated on 18 February 2009. 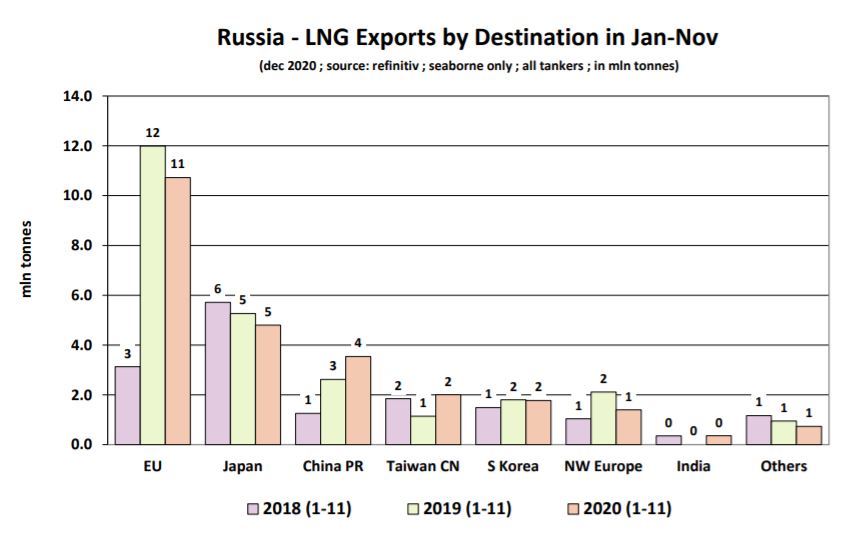 Banchero Costa added that “the first cargo was loaded to the LNG carrier Grand Aniva at the end of March 2009. Exports from Sakhalin reached 9.6 mln tonnes of LNG in 2019, which was 33.6% of Russia’s total. Shipments from Sakhalin are entirely to Asia – primarily to Japan (5.7 mln tonnes in 2019), to South Korea (2.0 mln t), to Taiwan (1.3 mln t). Finally, small amounts of LNG (0.3 mln tonnes in 2019) are shipped from Vysotsk on the Gulf of Finland. The destinations of these tiny cargoes are mostly neighbouring Baltic Sea countries (Finland, Sweden, Lithuania), as well as Rotterdam in the Netherlands. Russian LNG exports have been growing very fast in recent years, by +69.1% y-o-y in 2018 and by +61.9% y-o-y in 2019”. 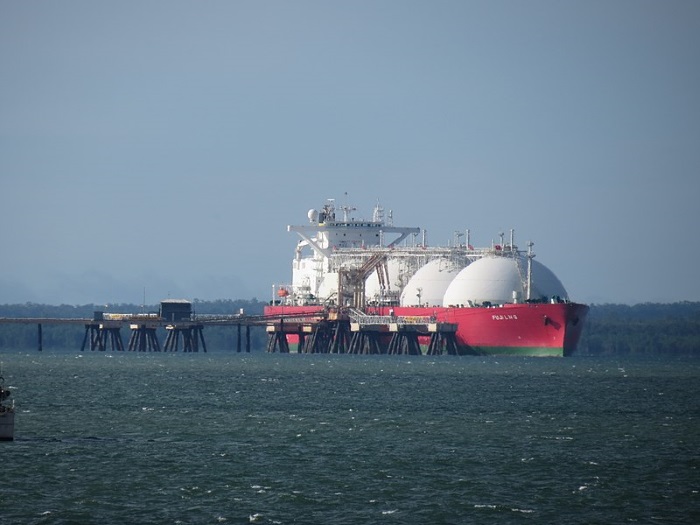 “However this year, exports slowed down sharply, largely due to limited demand from Europe. In the first 11 months of 2020, Russia exported 25.3 mln tonnes of LNG by sea, according to vessel tracking data from Refinitiv. This represents an decline of -2.2% y-o-y, compared to the 25.9 mln tonnes exported in the same elevenmonth period of 2019. The year started well in the first quarter, but deteriorated in the summer months. In the first quarter of 2020 Russia exported 7.7 mln tonnes of LNG, which was a +12.2% increase on the same period last year”, the shipbroker said. 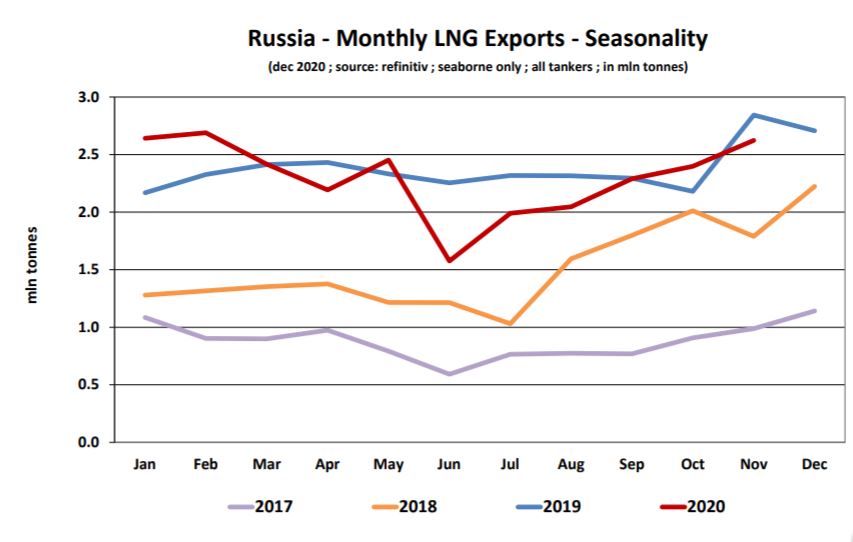