As the latest EU sanctions on Russian oil are coming into force in early December, we take a look at how the nearing sanctions are impacting values and trade within the Tanker and LNG markets.

From the 5th of December, sanctions and price cap mechanisms will be imposed on Russian crude exports to the EU, followed by a second phase in February that will ban imports of Russian refined products.

There is a growing speculation of the Tanker market splitting into two categories; those operating in Russian waters will now move to other trades, and those seeking to capitalise on the premiums resulting from Russian trades despite the sanctions. These vessels are often defined as trading in the ‘dark fleet’, where vessels are being sold out of the market and are then operated by owners not subject to international sanction laws. As a result, there has been an increased interest in vintage Tankers that would otherwise be sold for scrap, in order to take advantage of potential in high earnings.

Values for Tankers have increased for all sectors and age ranges since the start of the year. For VLCCs, prices for 20 year old vessels have increased 51% from January to USD 38.88 mil. Notable sales include the Shiblah (316,500 DWT, Mar 2003, Hyundai Heavy Industries), which was sold to Chinese buyers for USD 42 mil, SS Due, VV value USD 40.28 mil. 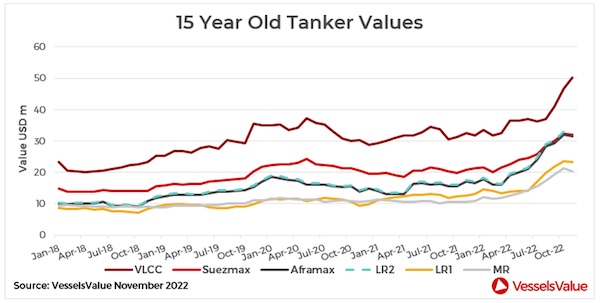 So far this year, there have 84 second hand VLCC sales recorded, and the majority of those sales were for older tonnage with an average age of 14 years. Earnings for VLCCs remain firm after reaching a 19 month high, at the time of writing, of 96,436 USD/Day on the TD3C-TCE Middle East Gulf to China route. This is due to strong demands from Asia and Europe, two regions looking secure energy ahead of the Northern Hemisphere winter and upcoming EU sanctions on Russian oil.

Values for LNG carriers have increased across all sectors since the start of January, with values of five year old Large LNG carriers rising to an all time high, up 18.2% from the start of the year to USD 194.64 mil.

Newbuilding prices for Large LNG carriers of 174,000 CBM are up c.22% year on year from USD 205.65 mil to USD 251.33 mil. As a result, the number of newbuilding orders placed is up c.84% from last year at 156 orders. Some of the main market participants have been MOL, NYK Line, Global Meridian and Knutsen OAS, ordering up to 20 vessels each so far this year. 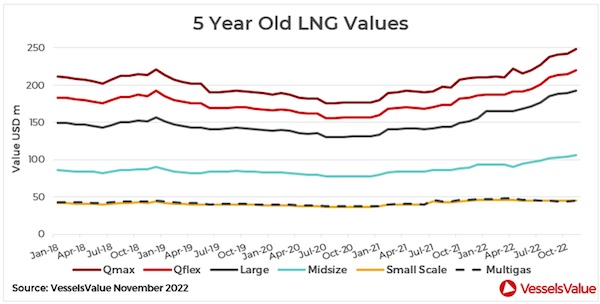 Notable recent newbuilding orders include a 174,000 CBM order from Maran Gas Maritime, scheduled to be built at Daewoo and delivered in 2026, contracted for USD 252 mil.

The spike in values comes as LNG earnings reach an all time high, surpassing last year’s record breaking peak. Rates for the BLNG1g assessment from the Baltic Exchange are currently at 466,524 USD/Day, up 52% year on year. However, high steel costs and low yard availability have also led to increased prices for LNG newbuildings.

According to VesselsValue trade figures, Russia has already begun to shift its crude exports towards Asia as we identify changes in trade flow patterns.

Of the top 10 destinations for wet exports from Russia since the start of the conflict, the Netherlands has remained in the top spot. However, volumes exported have fallen considerably from 407 journeys in the period between March and October in 2021 to 376 for the same period last year. On the other hand, cargoes to China, ranking as the second most popular destination for Russian wet exports, have increased from 2021 by 52% to 344 journeys. Similarly, journeys to Türkiye, who rank third, have increased by 30% to 283. India, who was previously unranked in 2021, is now in fourth place with a total of 238 journeys.

In terms of the European Tanker market share based on imports, in March 2021 over a quarter of cargoes were from Russia at 28%, or 17 mil mt, with the remaining 72% sourced from the rest of the world. However, by October 2022, European destined cargoes have shifted away from Russian imports. Shares had fallen by 33% to 11 mil mt, or 13% of the market share, with 87% coming from ROTW sources. 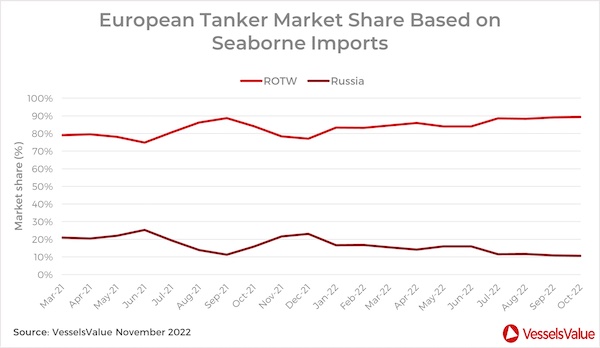 Figure 3: Percentage of the European Tanker market share by imports, based on estimates for dirty and clean cargoes. 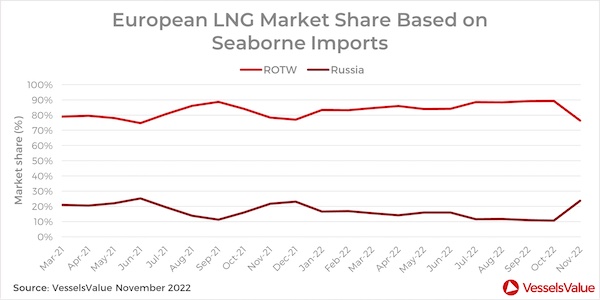 Figure 4: Percentage of the European LNG market share based on imports.

The impending sanctions have caused a spike in demand for vintage Tanker tonnage, consequently showing an increase in values for this sector. Tankers that continue to trade in the ‘dark fleet’ will tighten vessel supply, which could continue to support this sector in terms of earnings and values. In addition, changes in trade patterns for Russian crude can be seen as trading steers away from Europe. China and India are emerging as key destinations for Russian wet exports, as imports continue to increase from the two countries in Asia. As a result, these imports will continue to further support the Tanker sector.