Russia’s Sibur is set to reduce liquefied petroleum gas (LPG) shipments from its main Baltic Sea export hub to their lowest in five years this month as global oil output curbs led to shortages at its plants at home, traders said and data showed.

Moscow has cut its oil output by nearly 2 million barrels per day to 17-year lows as part of a supply pact agreed with the Organization of Petroleum Exporting Countries to bolster the market.

As a result, Sibur has a shortage of natural gas liquids, a byproduct of oil and gas.

Its Tobolsk plant in western Siberia has cut production of LPG, used as fuel for cars, heating and to produce petrochemicals that feed another Sibur’s plant, the newly-built ZapSibNefteKhim. 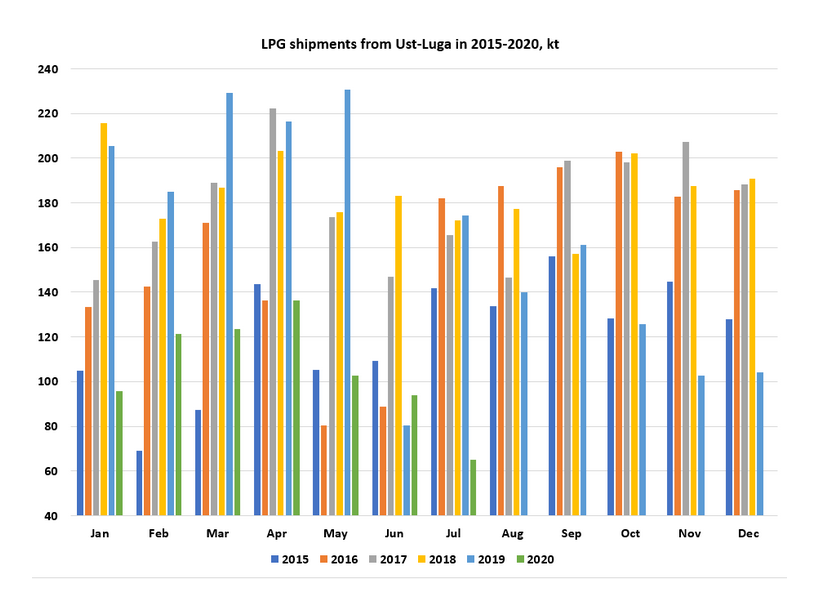 Two traders speaking on condition of anonymity said Sibur plans to cut LPG exports from the Baltic Sea port of Ust-Luga to between 60,000 and 65,000 tonnes this month, down from nearly 180,000 tonnes in July last year. This would be the lowest since February 2015.

Finland, the Netherlands and Poland are Sibur’s main export markets, followed by Belgium, Germany and Sweden. Earlier this year, it also began deliveries to India and Oman.

Refinitiv Eikon data shows Sibur sent five cargoes with a total of 23,000 tonnes of LPG on July 1-15 from Ust-Luga and another six-to-seven cargoes of nearly 34,000 tonnes in total are expected before the end of this month.

Overall Sibur, which is gradually increasing LPG supplies to feed ZapSibNefteKhim, has cut average monthly LPG exports via Ust-Luga by 44% to 115,000 tonnes in the first six months of this year compared to the same period of 2019. 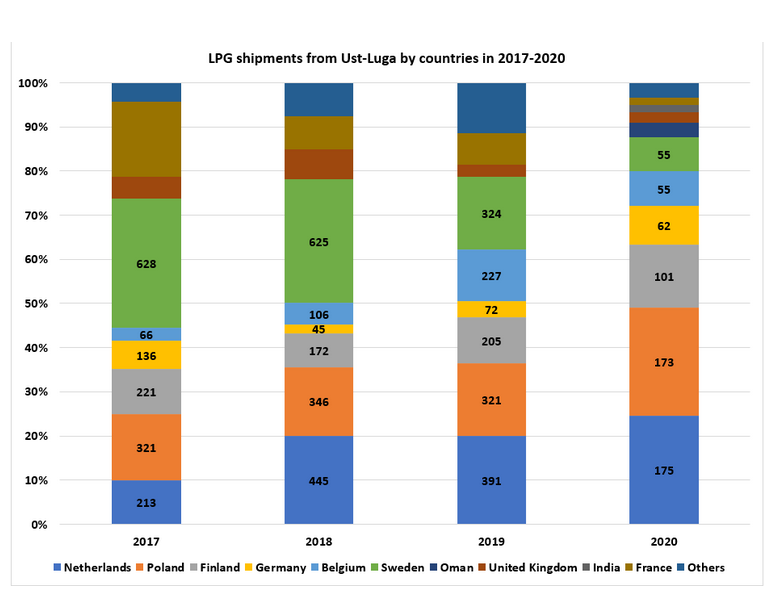