South Korea’s crude oil imports in September fell 2.9% from a year earlier amid limited transportation fuel output, demand and exports, but crude shipments are set to rebound from the fourth quarter as major refineries raise run rates to lift jet fuel and gasoline production amid signs of easing domestic and international mobility curbs.

Local refineries have been broadly adopting a conservative approach in middle distillate production in an effort to maintain the supply-demand balance as transportation fuel consumption trends remain volatile amid prolonged movement restrictions.

The country’s nationwide run rates were estimated to have averaged around 80.8% in the first nine months, lower than the average 84.5% during the same period in 2020, according to latest data from Korea Petroleum Association and industry information collected from major refiners by S&P Global Platts.

However, the country’s crude and refinery feedstock imports are poised to recover to pre-pandemic levels over the coming quarters as major refiners including SK Innovation, Hyundai Oilbank, S-Oil Corp. and GS Caltex raise run rates to lift transportation fuel production, with the government aiming to shift to a phase of living with COVID-19 starting Nov. 9.

The monthly average crude imports over the next couple of quarters could reach around 85 million barrels as big refiners lift crude runs, according to refinery operation and middle distillate marketing managers surveyed by Platts.

Among top crude suppliers in September, shipments of US crude rose 25.3% year on year to 10.36 million barrels, while imports from Saudi Arabia climbed 5.8% from a year earlier to 23.9 million barrels, the customs data showed.

Seoul’s ambition to phase out coronavirus restrictions and guide the nation back to normal life has encouraged major refiners to boost their run rates and middle distillate fuel output.

S-Oil Corp., which raised its crude run rate to average 98.8% in Q2 from 94.4% in the previous quarter, plans to keep crude throughput high later this year to meet the rebound in oil products demand, a company official told Platts.

“Although the rising retail fuel prices may continue to hurt consumer sentiment and demand, the overall gasoline and diesel consumption is bound to rise as driving activity will sharply pick up once normal life resumes,” a market research analyst at KPA said.

Under the ‘living with coronavirus scheme’, the COVID-19 will be treated as an infectious respiratory disease, similar to flu or other seasonal influenza, with social distancing regulations eased so that people gradually return to normal daily life, a senior government official said.

Close to 80% of South Korea’s total population have received their first vaccine shot and 62.5% of the population have been fully vaccinated as of Oct. 15, according to the Korean Disease Control and Prevention Agency.

The KDCA said if the vaccination rate goes to 85%, the highly contagious delta variant will be blocked without the wearing of masks and with no restrictions on business operations.

In addition, major refiners are looking forward to reviving jet fuel production, as well as exports, as Asia-Pacific flights seemed to be on course for a rapid rebound over the coming months and quarters, according to the middle distillate marketers that participated in the survey.

Fully vaccinated travelers will be permitted to travel between South Korea and Singapore without quarantine, both governments announced earlier this month.

Singapore has also announced it is opening its borders to more countries for quarantine-free travel. Vaccinated travelers from the US, UK, Canada, Denmark, France, Italy, the Netherlands and Spain will not be required to quarantine from Oct. 19 if they pass COVID-19 tests.

Australia’s Qantas Airways said it was advancing the restart of its international flights to Nov. 14 following the federal government’s announcement that Australia’s borders will open in November.

Both Singapore and Australia are among South Korea’s top five jet fuel export outlets, according to KNOC data. 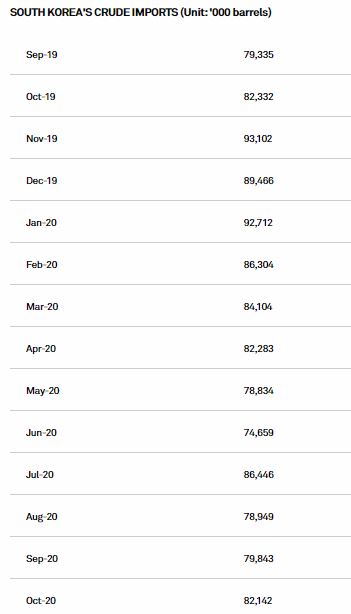 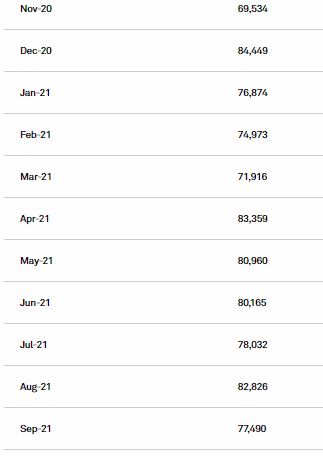