SAAM Towage continues to fortify its fleet. Its latest acquisition is a new tug, the SAAM James Point, that arrived in Vancouver, Canada after completing its loading operation onto the cargo ship BBC Moonstone in Halong Bay, Vietnam.

SAAM Towage Technical Manager Pablo Cáceres remarked that “this state-of-the-art DAMEN tug has technology that reduces environmental impact and is highly maneuverable thanks to its size, innovative hull design, maneuver winch settings and installed capacity, making it a true contribution to our operations in Canada.”

The new Damen 2312 tug is named after respected Musqueam Point Family Patriarch, James Point. Born shortly after confederation, he was a fisherman, who worked the Fraser River, and up and down the coast. He was a well know lacrosse player in his youth.

“The Point Family feel that honoring great leaders/servants of the Musqueam people, such as James Point, is a very respectful way for SAAM Towage to recognize Musqueam, to acknowledge our historical presence in the waters of our territory, including the Lower Mainland/Southwest corner of British Columbia, and to celebrate our successful business relationship with Saam Towage” concluded the Director of Business Development of the Musqueam Capital Corp, Jay Mearns. 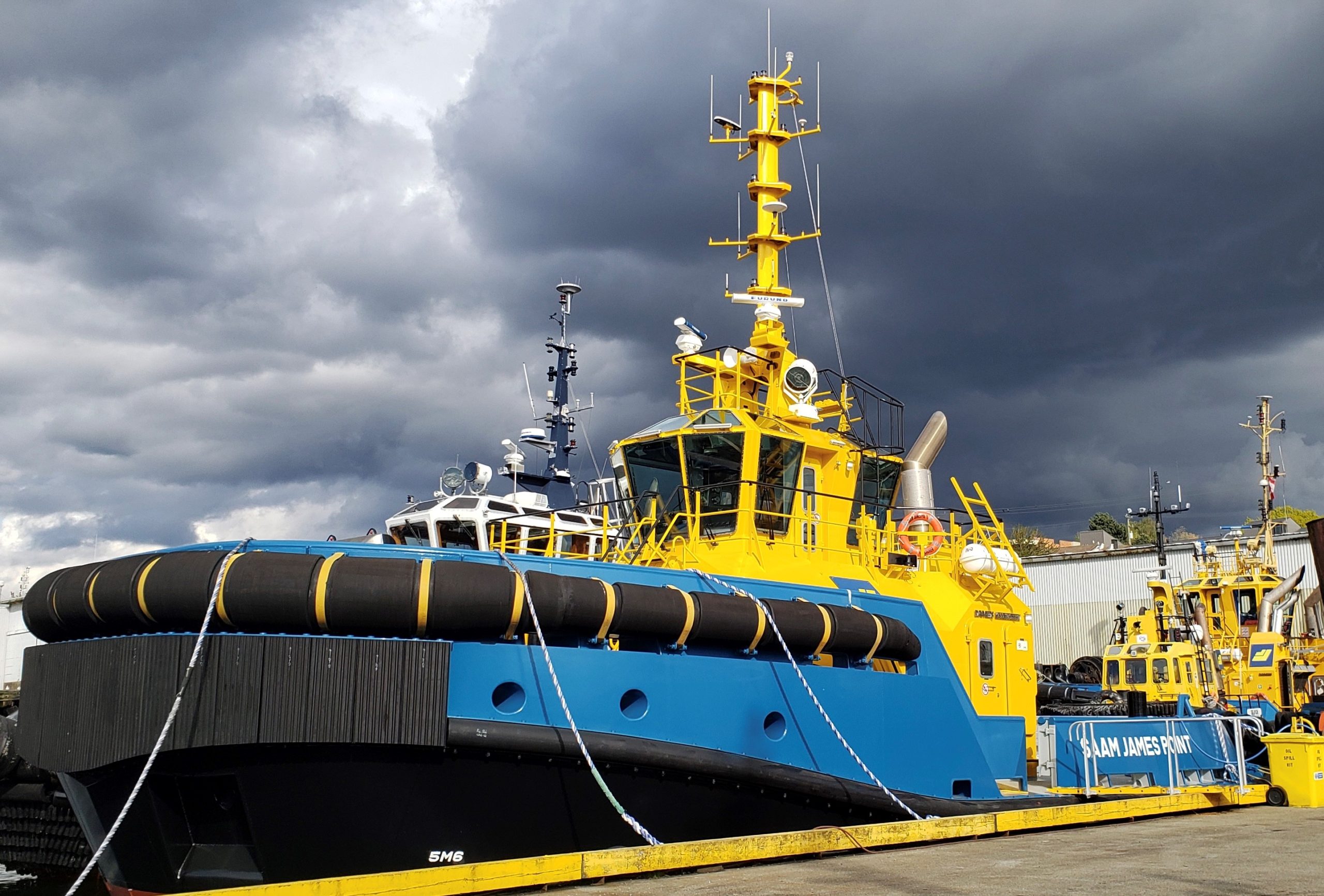 “SAAM Towage is excited to add this innovative design to our Vancouver fleet. The characteristics of this tug design will complement the various berth configurations in Vancouver Harbour. We look forward to putting the tug to work with our local crews to enhance the marine safety system in Southern British Columbia” said the VP Operations and Indigenous Relations Officer of SAAM Towage, Mark Bingham.

Featuring an innovative DAMEN ASD2312 design, this tug was acquired from the Dutch company DAMEN and built at its Song Cam shipyards in Vietnam. Measuring 23 meters long and 12 meters in beam, it boasts 70-ton bollard pull capacity, Kongsberg azimuth thrusters and two CAT 3512C IMO Tier III main engines, which enables it to operate in emissions control areas (ECA) since it meets standards from the International Maritime Organization for nitrogen and sulfur oxide emissions.
Source: SAAM