Sailors’ Society has welcomed a new Greek Ambassador to its fold ahead of the maritime charity’s plans to further expand its existing work in Greece.

Costis Frangoulis, CEO, President and Founder of Franman, which provides ship building, consultancy and security services, is the latest industry figure to lend his support to the 201-year-old welfare organisation.

Costis said: “I am extremely proud to have been appointed as an Ambassador of Sailors’ Society in Greece. I am a passionate advocate for the interests of seafarers, who are the backbone of our industry. My aim is to strongly support this important organisation and the rights and interests of those serving at sea.”

Prasanta Roy, Director General of Sailors’ Society said: “Sailors’ Society Ambassadors are vital to our continued support of seafarers around the globe. We are delighted to welcome Costis to our Ambassador network and look forward to working together to raise awareness of our life-changing work and to strengthen our project work in Greece.” 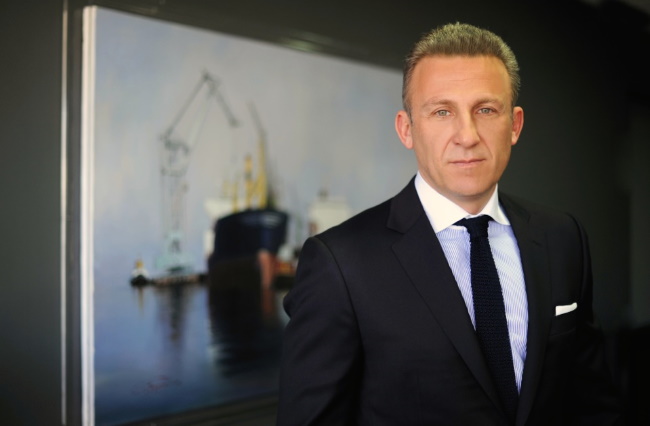 Costis Frangoulis, CEO, President and Founder of Franman, is the latest industry figure to lend his support to maritime charity Sailors’ Society.

Sailors’ Society, which reaches out to 1,000 seafarers each day in ports, as well as supporting seafarers’ families and communities back home, is looking to deepen its presence in Greece – not least with the appointment of a new Piraeus-based port chaplain later in the year.

The Society’s work in Greece includes provision of maritime scholarships and providing support to seafarers through its chaplaincy and Crisis Response Network (CRN).

In one case, a ship was arrested in Greek waters, not far from Crete, for allegedly carrying illegal explosives. The ship was forced to head to a port near Crete where it was moored for almost a year.

The Society was able to help the crew, providing companionship, clothes, fuel, basic food items and toiletries as well as supporting their mental health during the stressful experience.
Source: Sailors’ Society