Salvage training could save time and costs

Introducing a basic ship salvage module into professional seafarers’ training courses and qualifications could yield results in lowering risks, time and costs of salvage operations, suggests Dennis Brand, Managing Director of brand MARINE CONSULTANTS (bMC).
Currently, training courses and qualifications for professional seafarers do not include any substantive element of salvage. This leads to the officers of a ship acting only on their standard training, instinct or any past experience they may have, if they are ever required to react and respond to a salvage situation. In cases such as a grounding or collision, ship’s crews often do not understand how they may be able to improve the overall scenario or limit the deterioration of the ship’s predicament.

Since the likelihood of a ship’s officer being involved in a salvage situation during their sea-going career is low, any training could be restricted to the essentials and be tailored to the rank of the trainee. Yet with even a basic amount of understanding and by taking educated action in the early stages, seafarers themselves could play a vital role in minimising the exposure to the environment, the time required, or the costs of any salvage operation.

Training issues are by no means limited to the ship’s crew. The surprising reality is that there is no specific formal or internationally recognised training or qualification for salvage crew. Granted, many salvage personnel are qualified naval architects, divers, riggers, master mariners etc. However, there is no standard level to attain before adopting the title of salvage master. “Some people might find this surprising, but that’s how it is,” notes Captain Brand. “We should be clear though, most individuals engaged as salvage masters are well educated in a related field or highly experienced in salvage, often both. But the fact remains, in situations that can be high pressure and often dangerous, the person controlling the operation has no formal qualification for the specific role.” 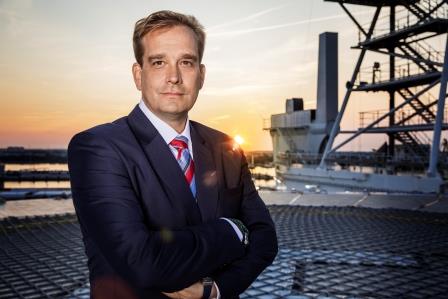 Captain Brand believes the International Maritime Organization should consider introducing basic salvage training requirements specific to seafarers as well as specialised salvage personnel. He also recognises that the infinite variations mean training cannot cover every possible aspect or eventuality. “I would not envisage that the training would be as onerous or time consuming as say training for a master mariner ticket, but even if we talked about a three to six month course for a salvage master at the upper end of the scale, that would ensure a certain minimum standard was being reached.” Courses and qualifications should suit the role or rank, from an able seaman or salvage rigger up to a salvage master, he advises.

But, Captain Brand is also quick to point to the sphere in which he operates, specialist marine consultancy. The experience and qualifications of his peers varies significantly. “We also have to look in the mirror. In my opinion, the world of casualty consultants and more to the point, our clients, would also benefit from a system of internationally recognised qualifications for our specific industry. At the tip of that, SCR’s (Special Casualty Representatives) have no formal or standard level of qualification. There is no set training for the role which I believe is something that Lloyds should consider in detail.”

Being qualified is becoming increasingly important in our litigious world. In the salvage world, the environmental and financial stakes can be high. Training and basic qualifications of salvage professionals could help to lower the exposure on both.

“In salvage, if it works then everyone’s a hero – if it doesn’t then someone has to take the blame,” Capt Brand comments.
Source: brand MARINE CONSULTANTS