S.C. Ports handled 1.38 million pier containers — as measured by the total number of boxes handled — in 2019 at the Wando Welch and North Charleston terminals. Of those, more than 1.1 million containers went across the docks of the Wando terminal whilst major renovations were ongoing to enhance the terminal’s big-ship readiness capabilities.

“We enter 2020 with a great decade of growth behind us, during which we doubled our volumes, tripled our asset base and added more than 200 people to our team,” Newsome said. “Our cargo growth and efficient terminals are only made possible through the dedication of our team and the broader maritime community.” 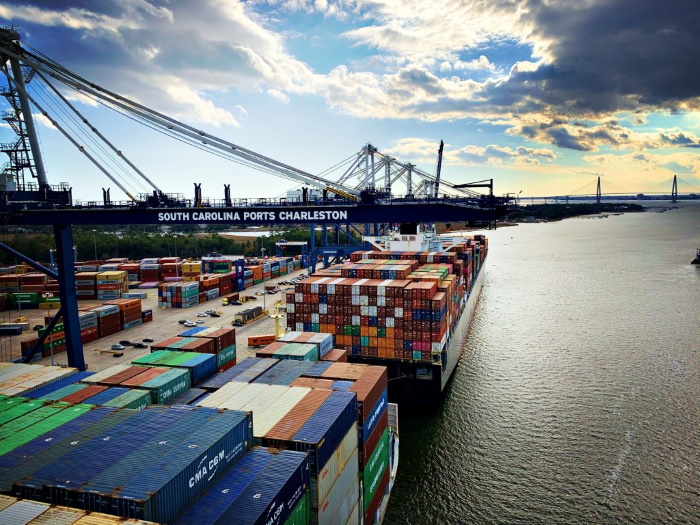 S.C. Ports made significant progress on infrastructure projects in 2019, including work on a new container terminal and harbor deepening. (Photo/SCPA/English Purcell)

S.C. Ports handled 187,882 TEUs at the Wando Welch and North Charleston container terminals in December. This brings the total TEUs handled thus far in fiscal year 2020, from July through December, to 1.23 million, up nearly 4% year-over-year.

“Our ongoing growth supports our long-planned, vital infrastructure projects, which are close to becoming a reality. In 2021, S.C. Ports will open the first phase of the Hugh K. Leatherman Sr. Terminaland achievea 52-foot depth in Charleston Harbor,” Newsome said. “Our enhanced capacity and big-ship capabilities make the Port of Charleston ideal for cargo owners wanting access to both Southeast consumers and global markets.” 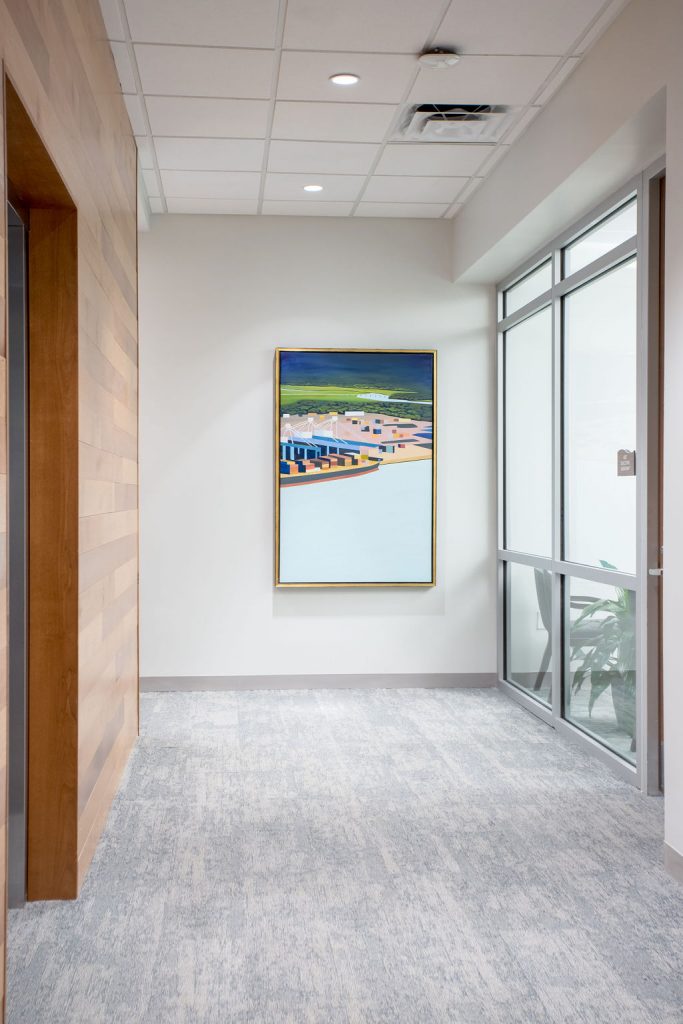 It has been one year since S.C. Ports Authority moved into its new headquarters building in Mount Pleasant.

The building has also received recognition in The Art Mag for the agency’s decision to invest in the Lowcountry art community. The Port’s building and design committee hired Sarah Miller Gelber of Canvas Charleston and Miller Gallery to fill its new office with works from local artists.

Gelber said this effort by S.C. Ports positively impacts artists in the community, helping an artist pay down a school loan and assisting a gallery owner during a slow season, among other anecdotes.

“Their willingness to utilize the creative talent in their own community is a model I implore other businesses, large and small, to exercise,” Gelber said in her piece for The Art Mag. “In a time when it’s frighteningly easy to have all purchases dropped at our door with a click of a button, it’s important to remember that there is a soul behind every piece of original art. That unique soul is connected to others, and, in the end, we’re all connected — bringing to light the SCPA’s motto: The World Connects Here.”
Source: South Carolina Ports Authority