On 14 September 2020, PAO Sovcomflot (“SCF Group”) took delivery of SCF Barents, a new 174,000-cbm LNG carrier. The following day, the vessel embarked upon her maiden voyage under a long-term time charter agreement with one of Shell’s subsidiaries.

The vessel’s naming ceremony took place on 10 September. The LNG carrier was named after Willem Barents, a prominent Dutch navigator and explorer. The ceremony was attended by: Igor Tonkovidov, President and CEO of SCF Group; Cederic Cremers, Country Chair Shell Russia; and representatives of the three banks providing financing for the vessel’s construction: ING Bank; KfW IPEX-Bank, and Crédit Agricole. 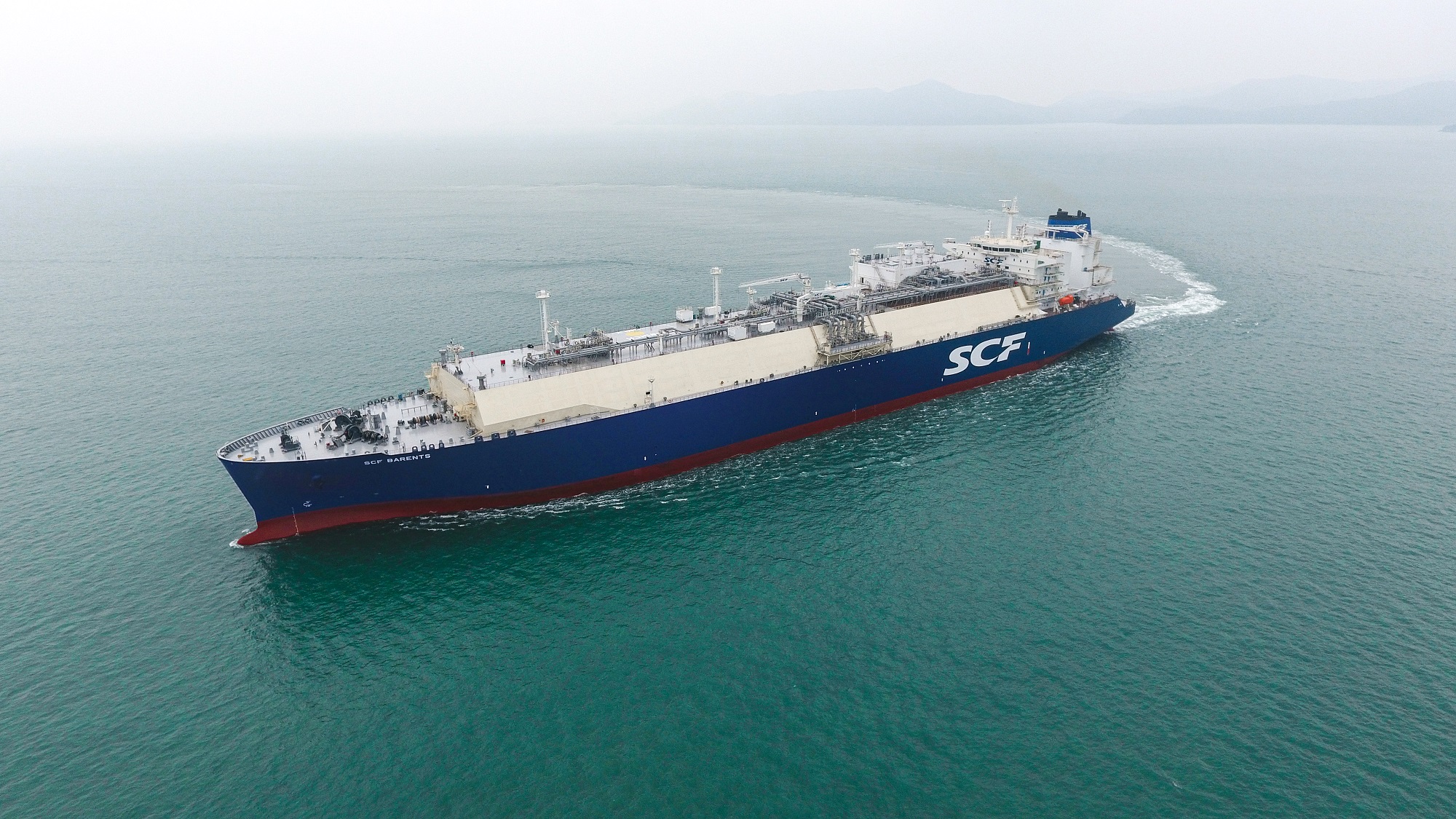 “SCF Group and Shell have enjoyed a long-standing partnership, which both parties seek to consistently expand and reinforce. For many years, Shell remains amongst the largest charterers of SCF’s vessels. Together with Shell, we share the success of our pioneering ‘Green Funnel’ initiative launched exactly five years ago – in September 2015 – to introduce cleaner-burning LNG fuel for large-capacity tankers. The delivery of SCF Barents, which will operate under a long-term time charter to Shell, serves as a logical next step in our mutually beneficial cooperation. It is also important to note that growing our fleet of gas carriers is a strategic priority for SCF Group. With the delivery of SCF Barents, we now have 15 gas carriers in operation, with another 16 under construction. Thus, two-thirds of all vessels currently ordered by SCF Group are destined to expand our gas fleet.”

SCF Barents is the second vessel in a series of three 174,000-cbm new-generation Atlanticmax LNG carriers ordered by SCF Group in 2018. The first vessel of the series, SCF La Perouse, was delivered in February 2020.

All vessels in the series are designed to maximise their energy efficiency and meet the most stringent environmental standards, with their fuel consumption substantially reduced compared to the preceding generation of vessels. Each LNG carrier is equipped with an advanced Mark III Flex cargo containment system, slow-speed dual-fuel X-DF engine, and a system that reduces nitrogen oxide emissions while the vessel sails in liquid fuel mode. In addition, all vessels of the series are among the first globally to feature a boil-off gas partial re-liquefaction system, which significantly reduces cargo losses while on long voyages or awaiting cargo operations.
Source: SCF Group

EIA forecasts 10% decline in US annual energy-related CO2 emissions in 2020, lowest in years