Scotline Marine Holdings are pleased to announce that on Friday 11th October 2019 the Scot Explorer was launched at Royal Bodewes Ship Yard in Groningen, Holland. She is the second of three sister ships to be launched with Royal Bodewes and She will be the joint largest ship in the Scotline fleet with a DWAT of 4800mt and her optimised design means she is capable of carrying 7,000 cbm of sawn Swedish timber.

She has been built to comply with all the latest legislation including provisions to be ready for the ballast water treatment system. The Scot Explorer will have a length of 89.98 meters, a beam of 15.20 meters, a maximum sailing draft of 5.68 meters and cubics of 240,000 cbf (6650 cbm). She will be powered by a MaK engine, will be sailing under the British Flag like the rest of the Scotline fleet and classed under Lloyd’s Register. Scot Explorer is expected to be fully operational and delivered in at the end of November 2019.

Scot Explorer is the most recent addition to Scotline’s fleet of 9 owned vessels and 5 ships on long term time charter. Scotline are always looking for opportunities to enhance our fleet, to better serve our customers with the most reliable service. The Scot Explorer will have a hold depth of 9 metres in height as well as being container fitted and ice class 1B which is important for our Baltic customers. There have been over 400 changes made to the design of the vessel compared to the Scot Carrier, launched in August 2018, the most obvious of which is the fully-enclosed bridge wings. This should make her even more efficient than the Scot Carrier, whilst being an easy and enjoyable place to work for her crew. 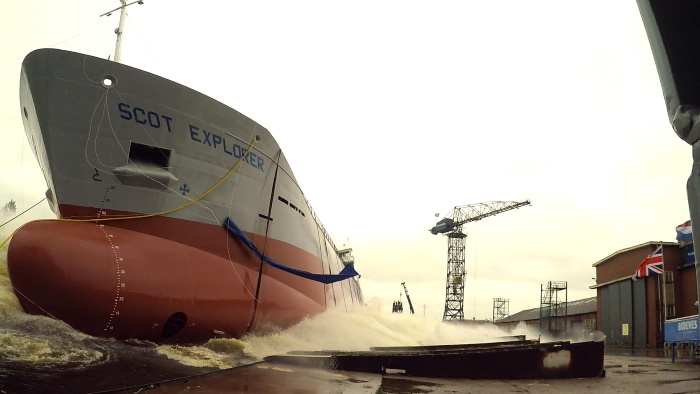 Scotline runs a modern fleet of coasters serving Northern Europe with regular routes between Sweden, Ireland, Denmark, Germany, Norway, the Baltic States, the Netherlands, France and the UK. Our cargoes vary from forest products and bulk cargoes to project cargoes and many others. With fully owned terminals in Rochester and Inverness and an exclusively operated fleet of modern ships we can offer our customers an all-in-one service of shipping, stockholding and distribution, tailored specifically to their needs. Scotline also fixes market cargos for our vessels through our network of contacts worldwide. 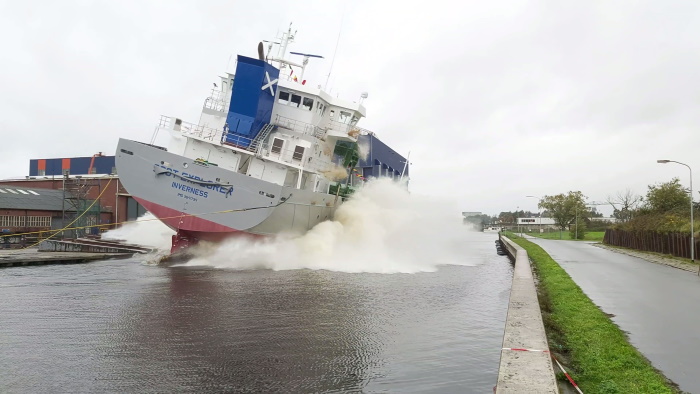