Crew members from the tanker Key Fighter have spoken about the shock and sadness of losing two of their colleagues who died following an incident on board the ship in early September.

The ship was in ballast from Norway to England and the men were found unconscious on board. They had been exposed to toxic gas during routine duties on board.

The ship management company has said that no technical defects have been detected on the vessel or equipment on board.

Wojciech Holub, Port Chaplain from seafarers’ charity Apostleship of the Sea (AoS), went on board the ship to provide pastoral support to the grieving crew when they arrived at Erith Port in London. 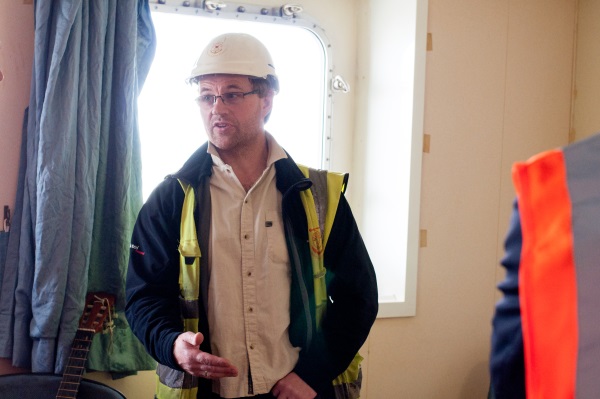 Wojciech said, “The crew were terribly distraught and overcome by sadness. One of the dead men was very much a father figure to the crew, while the other was a close friend to several of his crew mates.”

He said, “I encouraged them to speak about their grief. It was very emotional and several of them broke down in tears during our conversations.

Wojciech added, “One of the deceased seafarers had been due to retire and was on his final contract of employment. He had joked that he would probably die while at sea. It really was his final voyage.”

“Another crew member said he found it particularly difficult to accept the situation because he recently lost his son to an illness and had now lost a very close friend.”

“It was a terrible time for the seafarers, but they were grateful for our presence and reassured by the pastoral support AoS provided,” said Wojciech.

This incident is one of 60 major cases this year in which AoS has worked with companies when it comes to seafarers’ deaths, hospitalisations and other major crew issues.
Source: Apostleship of the Sea

Despite push, no Jones Act waivers have been requested: CBP