The Company entered into the agreement to acquire the M/V Fellowship in August 2018. Furthermore, the Company has completed the sales of two Chinese built Supramax vessels. Specifically, the M/V Gladiatorship, built in 2010 at CSC Jinling Shipyard, was delivered to its new owners on October 11, 2018 and the M/V Guardianship, built in 2011 at the same yard, was delivered to its new owner on November 19, 2018. The acquisition of the M/V Fellowship was financed by a combination of cash on hand and a senior loan facility. The existing lender of the two sold Supramax vessels agreed to rollover the underlying loan amount by funding the acquisition of the M/V Fellowship on substantially the same terms. The M/V Fellowship is currently on time-charter to a major European charterer at a gross daily rate of $17,150, with latest redelivery in January 2019. 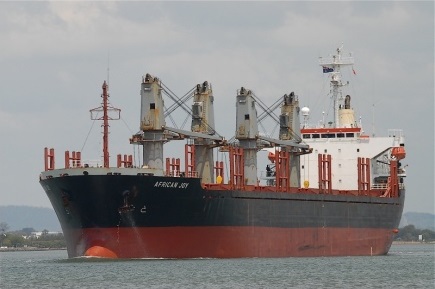 Stamatis Tsantanis, the Company’s Chairman & Chief Executive Officer, stated: “We are pleased to take delivery of another high quality modern Capesize vessel built in S. Korea. We remain committed to further accretive acquisitions in the Capesize segment, as we strongly believe that it has the best fundamentals in the dry bulk industry. Following the addition of the M/V Fellowship to our fleet, Seanergy is now the only pure-play Capesize owner publicly listed in the U.S.”
Source: Seanergy Maritime Holdings Corp.

2018-11-26
hellenicshippingnews..
Previous: GasLog (GLOG) Given a $26.00 Price Target by Jefferies Financial Group Analysts
Next: Continue reforms to make growth work for all in Spain