In the first half of 2019 JSC “Seaport of St.Petersburg” (SP SPb) invested 468.3 million rubles in the development of cargo handling and storage facilities, which is 3 times more than for the similar period of 2018. The major part of the funds – around 80% of the total amount of investments – was allocated by the company to port machinery upgrade programme.

From the beginning of the year, the port has received seven units of handling equipment, including new gantry crane “Vityaz”, reachstacker, bucket loaders and manipulator, as well as five units of attachments for handling of general and bulk cargoes. By the end of the year, the fleet of port machinery of SP SPb will be enhanced by a tractor, three roll trailers and 11 lift trucks of various capacities.

In the framework of port infrastructure modernization, the company was working at preparation of the berth frontage for handling of containers. According to Alexey Vazhov, Commercial Director of SP SPb, this will allow to concentrate the operations with container cargoes and, thus, improve the quality of the services to enable the further development of container operations of JSC “Seaport of St. Petersburg”, which, in addition to standard container handling, offers a number of additional services to the customers. A new site for container cargoes will be completely ready by September of this year.

At the same time, due to transfer of containers to a new location, SP SPb will expand the area for handling of metal.
The company has also upgraded the railway infrastructure. During the period in question, the overhaul of three railway tracks and turnout switches was completed on the territory of the 2nd cargo area of the port.
In order to increase the throughput capacity of SP SPb, the site for scrap metal handling operations was expanded.

In addition to the operational infrastructure, the company started the modernization of a number of power supply facilities, including the reconstruction of electric networks, as well as security and fire prevention systems of buildings and facilities. 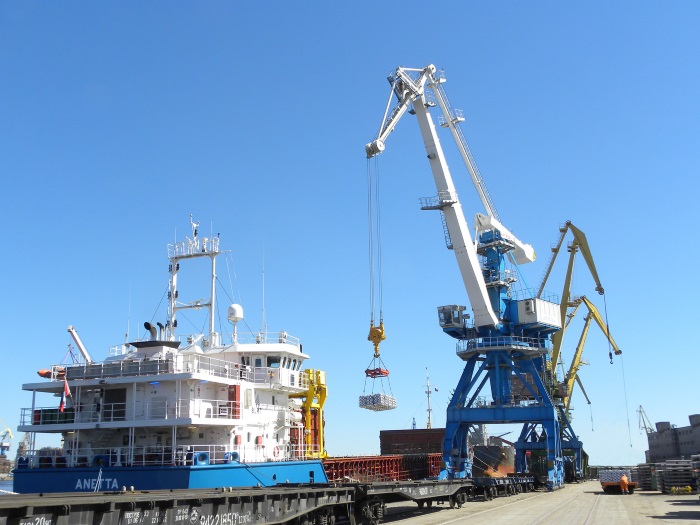 2019-08-13
hellenicshippingnews.
Previous: Port of Helsinki : A busy ship travel season
Next: The third multipurpose RSD32M dry-cargo vessel “Navis-3” of 6220 t deadweight is put in the operation