The vessels are the latest editions to the first series of battery powered ‘pushers’ ever designed. Known as EE20 and EE26 the latest vessels are being adapted from the original model EE27 launched by WBE in August. They offer different functionality including the ability to ‘pull’ as well as greater power and range capabilities. 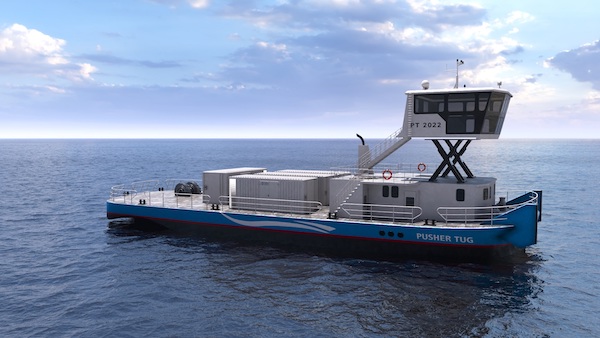 WBE’s senior sales manager, Chris Cowan says the vessels are being launched at Work Boat as they are suited to much of America’s extensive inland waterways network which is under greater pressure to reduce emissions under US Environmental Protection Agency (EPA) regulations and IMO GHG targets. He pointed to research from ABS (see notes to editors 1) which estimates that vessels on the US inland waterways emitted 5.67 billion kilograms of CO2 in 2018 from around 4,000 towboats, hauling 25,000 barges and carrying 630 million tons of cargo along 25,000 miles of waterway every year. 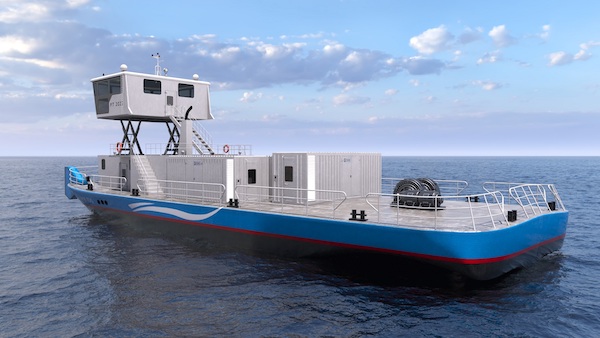 “We are really pleased to launch these latest designs at Work Boat,” he said. “We see huge potential for the vessels to be designed in Lithuania and then built at US yards. We have adapted our design in response to market demand in Europe following the EE27’s launch in August this year. The EE27 is set to be built for the Lithuanian Inland Waterways Authority next year. But to operate on the Danube and Rhine we recognised the design needed to be adaptable particularly for the deeper waters. With a greater capabilities the designs can operate in the deeper rivers around America, plus they fit with the US drive to switch to more electric propelled craft.”

“We’ve had a terrific response since launching the EE20,” he said. “But some operators wanted different functionality. As a result both the EE20 and EE26 models are being innovated to meet specific customer requirements. Notably both can operate in deeper water, with a 2.5m and 2.6m draft respectively compared to 1.2m for the EE27. In addition, both new vessels have greater power with four TEU size battery containers being installed instead of two, enabling range capacity to be boosted from 300km to 375km while the EE26 can push or pull two 1600 tonne barges and the EE20 can push 2500 tonnes compared with 2000 tonnes on the EE27.” 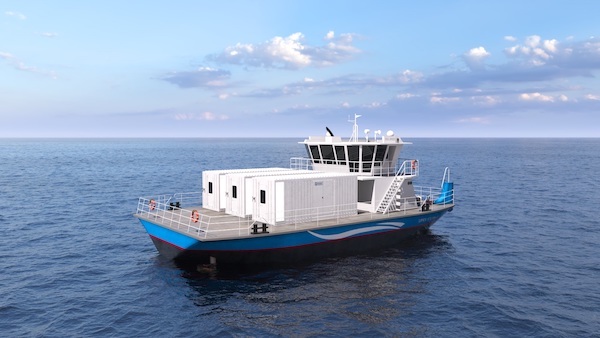 Chris said the EE26 is the most radical departure in the series yet as it will offer a ‘pull’ as well as ‘push’ function to manoeuvre non propelled barges. As a result of the design innovations all models will now operate on a methanol back up generator which can completely replace or supplement the battery power as required and offers a safe return to port solution. 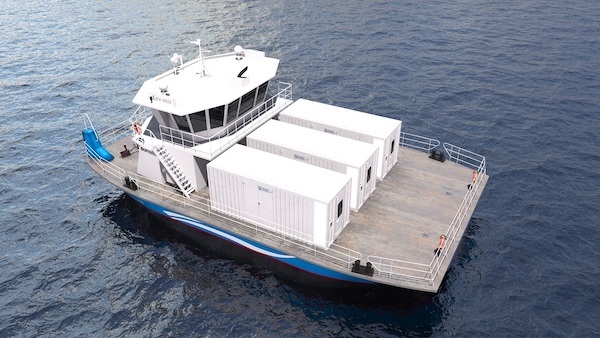 The ELECTRIC EEL series of vessels are designed to replace diesel pushers which presently dominate the market for ‘pushing’ non-propelled barges around inland waterways. Pressure is further increasing from the European Union which wants to shift freight to Europe’s inland waterways via more green powered vessels (see notes to editors). On the Danube alone there is a fleet of 332 diesel pushers pushing more than 2000 non-propelled barges. 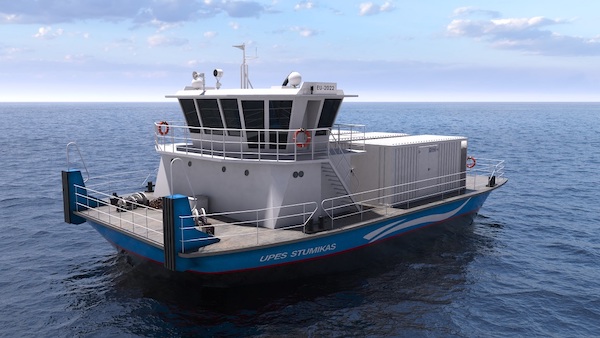