With the first half of 2019 plagued by increased net tanker fleet growth and a higher than expected refinery maintenance, things weren’t going to be all that rosy for tanker owners. However, ship owner Teekay Tanker remains optimistic on the future. The ship owner said in a recent analysis that “crude tanker spot rates declined during the second quarter of 2019 compared to the first quarter of 2019 primarily due to seasonal factors, as well as some near-term headwinds which have continued into the beginning of the third quarter. Lower OPEC oil production has impacted crude tanker demand during the first half of 2019, with OPEC crude oil production down by around 2.5 million barrels per day (mb/d) since November 2018. This reduction is due to both over-compliance with the 1.2 mb/d of supply cuts announced in early-2019 and reduced volumes from Iran and Venezuela due to U.S. sanctions. In addition, the elimination of Venezuelan oil shipments to the U.S. has resulted in a reduction in shipping activity in the U.S. Gulf / Caribbean Aframax market. Furthermore, at its most recent meeting, OPEC decided to extend production cuts through to March 2020 in an effort to reduce global oil inventories and support oil prices”, says Teekay Tanker.

The shipowner added that “tanker rates have also been impacted by heavier than normal refinery maintenance in the first half of the year as refiners prepare for the upcoming IMO 2020 regulations. According to the IEA, global refining throughput fell by 0.7 mb/d year-on-year in the second quarter of 2019, the largest annual decline in 10 years. This led to reduced crude tanker demand, which has carried over into the early part of the third quarter. Finally, the first half of 2019 saw relatively high tanker fleet growth of 20.5 million deadweight tonnes (mdwt), or 3.5 percent, which was the highest level of fleet growth in a six-month period since the first half of 2011. This high fleet growth was a result of a heavy newbuilding delivery schedule since the start of the year and a lack of tanker scrapping, with just 2.7 mdwt of vessels removed in the first half of the year compared to 21.5 mdwt for the full year of 2018”. 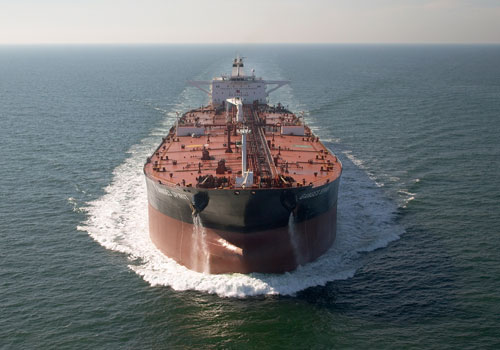 “Despite some near-term headwinds, the tanker market fundamentals continue to support a market recovery in the latter part of the year and into 2020. First, refinery throughput is expected to increase significantly in the coming months as refiners ramp up activity in order to produce sufficient low sulphur fuels ahead of the impending IMO 2020 regulations. According to the IEA, global refinery throughput is estimated to increase by over 3 mb/d in the third quarter of 2019 compared to the second quarter, which is expected to be positive for crude tanker demand. The new IMO 2020 regulations could create additional volatility for the tanker market through new trade patterns and arbitrage movements, floating storage demand, and a potential increase in port congestion as the market adjusts to the change”, Teekay Tanker noted.

It added that “the second half of the year is also expected to see an increase in U.S. crude oil exports as new pipeline infrastructure is brought online that will allow more Permian Basin shale oil to reach the U.S. Gulf coast. U.S. crude oil exports have averaged 2.8 mb/d in 2019 to date, up from 2.0 mb/d last year. However, further increases are being hampered by a lack of pipeline capacity to the Gulf coast. This is expected to be alleviated in the coming months when three large pipelines with a combined capacity of around 2 mb/d are planned to come online, allowing U.S. crude exports to increase significantly. This is expected to be positive for mid-size tanker demand due to both direct exports to Europe on Aframax and Suezmax tankers, and increased Aframax lightering demand for transportation on Very Large Crude Carriers (VLCCs) to Asia”.

“Finally, the tanker fleet is set for a period of much lower fleet growth over the next two years due to a relatively small orderbook. The tanker orderbook currently totals 53 mdwt, or 8.7 percent of the existing fleet size, which is the lowest tanker fleet-to-orderbook ratio since early-1997. Fleet growth could be further offset by an increase in vessel off-hire time in the coming months as ships are taken out of service for scrubber retrofitting in anticipation of IMO 2020 regulations. As a result, lower fleet growth levels are expected in the second half of the year, with continued low fleet growth during 2020. In summary, the tanker market is currently at a seasonal low point, which is compounded by some near-term factors. However, the fundamentals continue to point towards a stronger tanker market during the latter part of 2019 and into 2020 due to a tighter tanker supply / demand balance”, Teekay Tanker concluded.
Nikos Roussanoglou, Hellenic Shipping News Worldwide