With rates steadily on a high, in both the container and dry bulk market, it seems that owners are rather active to “fish out” the best deals available in both the newbuilding and S&P markets. In its latest weekly report, shipbroker Clarkson Platou Hellas said that “the major news this month is CSSC Group announcement at the very end of the month, the signing of 22 Vessels with CMA CGM. These consist of six 13,000 TEU D/F at Hudong Zhonghua, six 15,000 TEU D/F at Jiangnan SY and ten gearless 5,500 TEU at Beihai Shipyard all for delivery from the end of 2023 and into 2024. Sea consortium have continued their recent ordering trend, this time signing four, option four 7,000 TEU Vessels at SWS for delivery from second half 2023 and again into 2024. Dae Sun Shipbuilding took orders for four firm plus up to four option 33,000dwt stainless tankers from Ace Tankers with delivery from 2Q 2023. In the Gas carrier market, Hyundai LNG Shipping ordered 2x 91K LPG fuelled VLGC’s at Daewoo (DSME) in Korea, with delivery of both due in 3Q 2023. Hyundai Samho meanwhile announced orders of 2x LPG fuelled VLGC’s from an unknown Asian buyer, with delivery due by for both in 1H 2023, in addition to 2x LPG fuelled VLGC’s from an unknown Liberian registered company, with deliveries expected in 3Q and 4Q 2023. Finally, Jinchon Ferry are reported to have ordered a 1,345 passenger/car ferry from Huanghai Shipbuilding, with delivery set to be in 2H 2023”.

In a separate note, shipbroker Banchero Costa added that “in the Container market, CMA CGM ordered up to 22 ships in three sizes, 5,500 TEU, 13,000 TEU, and 15,000 TEU, at three different shipyards in China for a total estimated cost of $2.3 billion. In the gas sector, Hyundai LNG Shipping placed an order with Daewoo Shipyard for two 91,000 CBM (LPG carriers) VLGCs with Daewoo Shipyard for long-term charter to Dubai-based BGN International for $83.25 million each for delivery in July and December 2023. 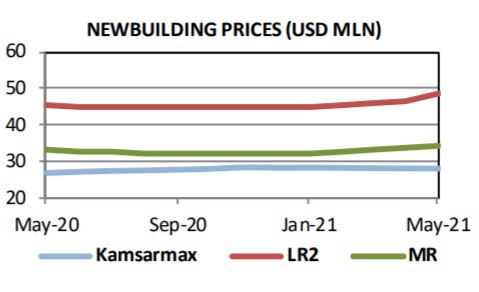 In the tanker sector, Sonangol of Angola has ordered two (2) Suezmax tankers x 158,000 dwt from Hyundai Heavy in Korea for delivery in early 2023 at a cost of $68.5 million each. Shandong Shipping of China has added ten (10) more product carriers with New Times Shipyard of China in exchange for a long-term T/C with STATSCO (Shell International). Each unit costs around $37 million. Daesun of South Korea has received an order from European owners for four (4) firm + four (4) optional 33,000 dwt chemical tankers. The vessels will be constructed entirely of stainless steel. Deliveries are scheduled for May 2023 to September 2024 at a cost of $47 million each”. 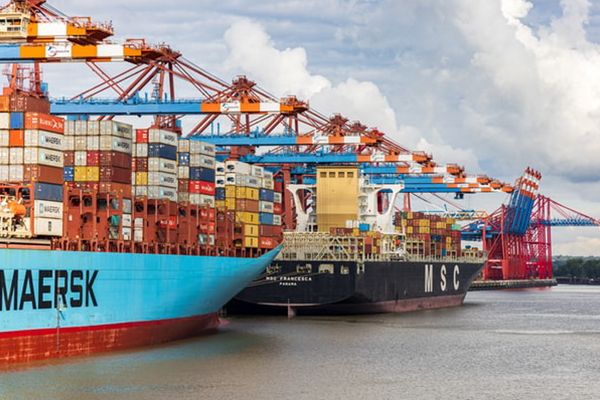 Meanwhile, in the S&P market, shipbroker Banchero Costa noted that “another hectic week in the dry market. A Japanese-owned Kamsarmax, Emerald Star abt 82k blt 2014 Tsuneishi Cebu (scrubber and BWTS fitted), was sold for $25.1 million after offers were invited the previous week, while the Peak Proteus abt 82k blt 2013 Tsuneishi was recently reported at $22 million. Furthermore, two Panamaxes, Brahms around 75k blt 2011 Penglai (ss/dd and BWTS due 6/2021) and Sunny Putney around 75k blt 2013 Sasebo (SS passed and BWTS fitted), were sold for $14.5 and $19 million, respectively. In the Supramax segment, after offers were invited on April 27, Lowlands Patrasche abt 58k blt 2013 Tsuneishi Cebu (BWTS fitted) was sold to Greek buyers for $18.2 million, while Western Seattle abt 58k blt 2014 Tsuneishi Zhoshuan was reported at $14.5 million in January. 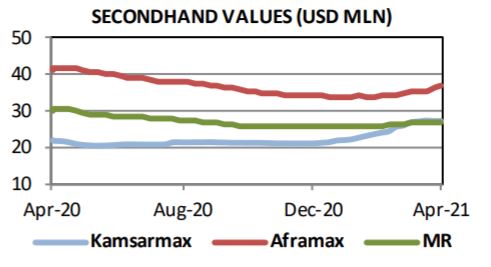 Two Tier II Supramaxes, Silvia Glory and Silvia Ambition, valued at abt 57k blt in 2012/11 Zhejiang Yangfan, were rumoured to be sold for $26 million en bloc. For Handysize, Fuzeyya abt 32k blt 2012 Hakodate was sold for $12.5 million. In the tanker market, some strong appetite was recorded during the week as clients of Castor Maritime were reported to be behind the purchase of three Cido LR2s; LR2 Poseidon, LR2 Pioneer, and LR2 Polaris abt 109 blt 2009/2008 at $65 million en bloc and two Aframaxes; Agathonissos and Markonissos abt 106k blt 2002 Hyundai and two MR1; Skyros and Sikinos abt 35k blt 2006 HMD at $35 million for the four units en bloc. Two Scorpio Tankers Aframaxes, Sti Grace and Sti Jermyn of abt 109k blt 2016 Daehan were sold for $28.7 million to c. of CSSC Shipping and bareboat back to Sellers for 6 years with a purchase obligation at the end of the period. After offers were invited on 22 April, a Japanese controlled MR2 Seto Express abt 48k blt 2007 Iwagi was sold at $10.1 mln while FSL Osaka abt 46k blt 2007 Shin Kurushima was reported for $11.25 million in January”, the shipbroker concluded.