Ship Owners Active in the Newbuilding and S&P Markets

Ship owners have been rather active in both ends of the market, i.e. the newbuilding and the S&P part. In its latest weekly report, shipbroker Allied said that “the relatively “good” orbit in the newbuilding market continued for yet another week, with a modest flow of projects being pushed forward as of late. In the dry bulk sector, despite the recent upward momentum in new ordering, the market returned steeply back into clampdown, somehow though inline with the recent trends from the side of freight rates. In the tanker market, we did not see any considerable movement too, underlying the general disarray in the overall sector for a prolonged period of time now. Except for periodical ups and downs, we can hardly expect any sort of stability from this specific market in the short run. For the time being, only the containership sector has a robust presence and still holds a bullish sentiment for the newbuilding market. Once again, we saw many new orders of different sizes coming to light, being placed mostly at S. Korean shipyards”. 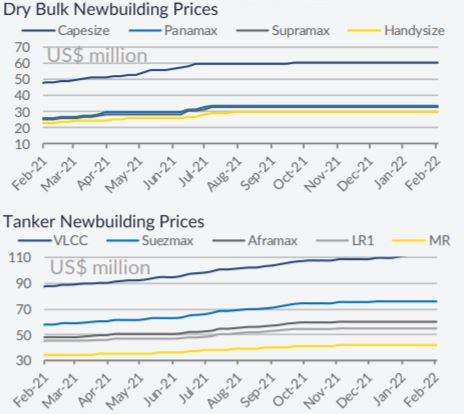 In a separate note, Banchero Costa added that “this week’s order book is dominated by container orders. Zodiac Maritime has ordered 6 firm Dual Fuel LNG 15,600 teu vessels from Daewoo for delivery beginning in 2025 at a cost of $182.8 mln per unit. Hyundai Mipo received an order from Euroseas for 2 c Eco Design 2,800 teu for delivery in late 2023 or early 2024 at a cost of $43.2 mln per unit. Capital Maritime placed an order for 4 + 2 8.000 teu at Daewoo at an undisclosed price”. 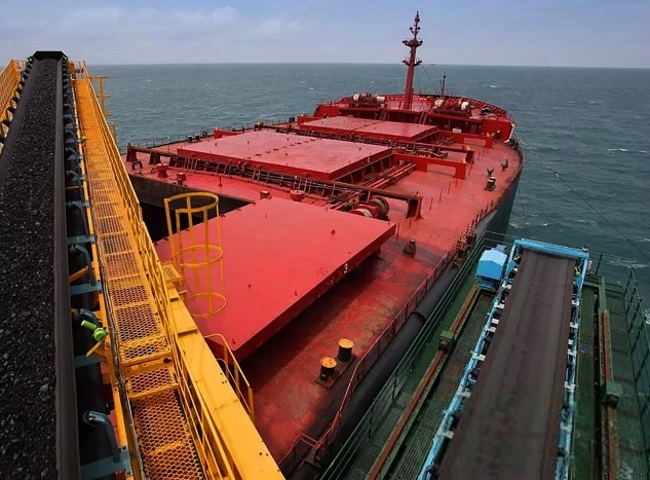 Meanwhile, in the S&P market this week, Banchero Costa said that in the dry bulk market, “activity has been relatively quiet in recent weeks across the Chinese New Year Celebrations. Starting with the largest sectors, the SOUTH TRADER 181,000 dwt blt 2014 Koyo (mc engine) was reported sold to Safety for $33.8 mln region. The Japanese-owned mv NORD FORTUNE 76,000 dwt blt 2008 Imabari has been sold to a Greek buyer (rumours saying Newport) for about $16.5 mln. Supramax market was more active, with 2 sisters SPP about 58,000 dwt blt 2013 reported committed enbloc to Greek Buyers for $42 mln, and allegedly also the Crown 58 design mv MAGDA about 58,000dwt blt 2010 Dayang (BWTS fitted) sold to the same buyer for approximately $16.5 mln. An interesting sale is the Kawasaki mv KOUJU LILY (approximately 58,000 dwt blt 2011) sold to Greek buyers for an equivalent price of $24.5 mln basis 5-year BBHP deal. The Imabari type 28,000 dwt blt 2011 mv ROYAL INNOVATION (BWTS fitted) in handysize was sold to Alma Shipmanagement for around $13 mln”. 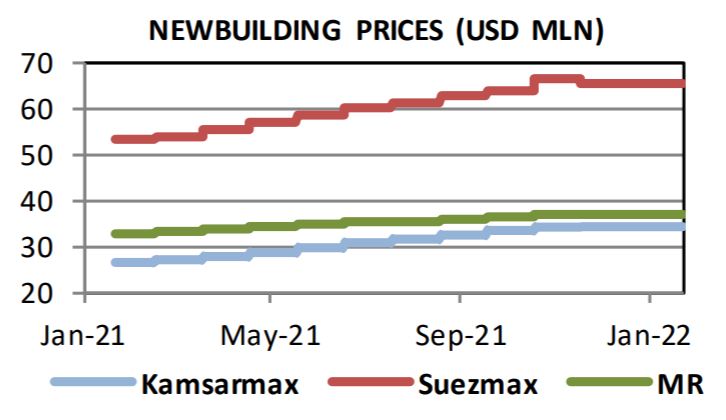 “A more active tanker sector have seen significant amount of sales, despite the fact that the market remains poor across all types and sizes. The most relevant deal is the sale of twelve product tanker LR1 from Scorpio to Hafnia comprising of 4 x 74,000 dwt blt 2016 SPP and 8 x 73,800dwt blt 2015 (one) and 2016 (7) STX Korea, for a total enbloc price of about $414 mln. Note that all of the ships are eco engine, and some of them are reported to have scrubbers fitted, so we’ve factored in a premium for that. The ATHENIAN SUCCESS 317,000 dwt blt 2010 HHI was reported sold to Sinokor for a region of $42 mln. 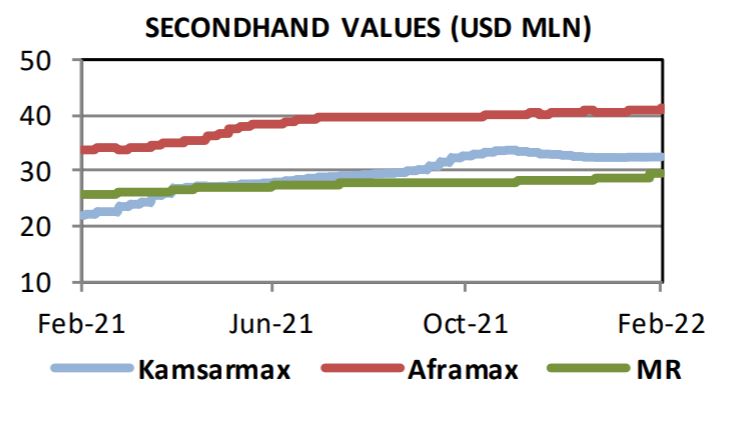 The LR2 CRUDESUN 115,000dwt blt 2018 Daehan (BWTS fitted) is rumoured to have been sold to Undisclosed for around $47 mln, while an older Aframax 110,000 dwt blt 2005 Hudong was bought by Soechi for $14.5 mln. In the product tanker sector, the Japanese-controlled PRIME EXPRESS about 46,000 dwt blt 2010 Shin Kurushima was sold to a Greek buyer for $16.3 mln”, Banchero Costa concluded.
Nikos Roussanoglou, Hellenic Shipping News Worldwide