The coming decade will prove crucial in determining which fuel and propulsion technologies are the optimum, in carving the best path possible towards shipping’s decarbonization. In its latest weekly report, shipbroker Intermodal commented that “as we have entered the era off renewable energies, all industries globally give max effort to minimize their carbon footprint and consequently their emissions, so as the shipping industry. The IMO has set some goals regarding the decarbonization of the industry; the most challenging is to start replacing current marine fuels with greener, more efficient and eventually by 2050 eliminate the Sox and NOx along with GHG emissions”.

According to Mr. Dimitris Kourtesis, Tanker Chartering Broker, “the first stage of the plan was to cut down the Sulphur content of fuel oil to below 0.5%. Owners had the option to install scrubbers or from 1.1.2020 they had to comply and use only VLSFO. A year later it appears that Owners/Physical suppliers and Refineries were perfectly aligned to provide required quantities of VLSFO available almost everywhere in the world without disrupting the chain of global trade, thus proved from the fact that the spread between LSMGO and VLSFO was considerably small from the first few months”.

“Moving forward to cleaner, greener and more efficient marine fuels we identify three different pathways, 1) light gas, 2)Heavy gas and alcohol & 3) Biofuel. Due to current limitations on technology, ship designs and lack of expertise, it is anticipated to have petroleum-based fuels till 2050 at a market share of almost 40%”, Kourtesis said. 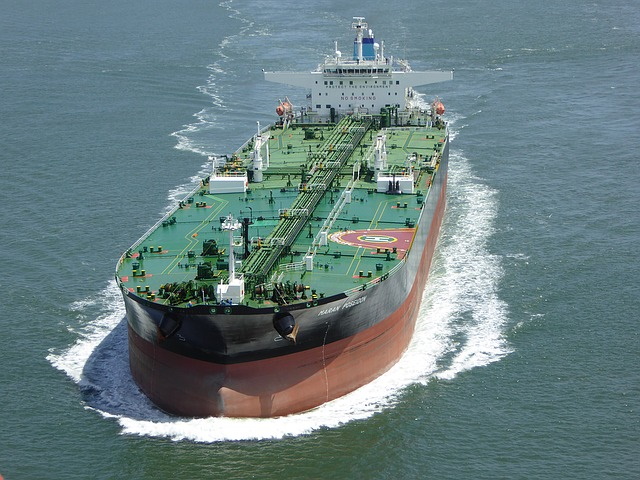 He went on to describe the potential fuel choices:
“Light Gas – LNG is cryogenic liquid that needs to be cooled and can be stored under ambient pressure, it is slowly but steadily increasing and is projected to have tripled to about 3000 units by 2030. Issues the industry needs to cope with are that not all ports have established local regulations and all necessary equipment/expertise to handle LNG, which actually limits the availability of the fuel.

Heavy gas and alcohol – LPG, is mainly consisted by propane and butane with small fractions of propylene Its available in large and scale and its economically attractive, worth to mention that it’s a liquid with very low handling requirements. In case of any leakage, it’s not harmful to soil and water. Alcohol, Methanol is attractive as marine fuel as its liquid in ambient conditions and simplifies the storage on board – it doesn’t not contain sulfur and little modification is required to engine and fuel supply system compared to LNG. Main issue that arises is the low energy density that keeps it less attractive for deep sea vessel, as it required 2-3 times higher frequency off bunkering than fossil fuels.

Biofuels – are produced by biomass, plants, waste oils and agricultural waste. Yield from the catalytic process of biomass has properties comparable to diesel oil and require minimum to no change to marine engines or their fuel delivery systems. The most usual component of biodiesel is fame (fatty acid methyl ester), widely provided blend of biodiesel consists of 7% of fame, but Owners / Engine manufacturers are currently experimenting with richer blends that vary from 20% up to even 100% of fame”, Intermodal’s broker said.

According to Mr. Kourtesis, “looking further ahead Ammonia is an option as a zero-carbon and sulfur marine fuel if produced renewably and can contribute to reduction of GHG emissions. Its physical and chemical characteristics make it a suitable marine fuel as it’s a component used in industrial and agricultural makes it affordable and logistically attractive. It needs to be kept under pressure, but it can stay liquid in ambient temperatures. Specific modifications are required for ships that will use ammonia for propulsion as its lower energy density requires more quantity of fuel. Recently Furetank Rederi had delivered the 7th ship out of a series of 8 that will be dual fuelled; vessel will run on LBG (Liquefied biogas) and LNG. The specific unit is the first one to perform discharge operation by using only electricity from shore. In addition, it is estimated that the ship will have 55% lower emissions of CO2, 86% of Nitrogen oxide, 99% of Sulphur oxide, and 99% of particles. Avin International has placed their first Suezmax order that will be ammonia ready. It is becoming more and more apparent that owners have showed their intentions to minimize their emissions by experimenting with biodiesel mixtures, placing LNG/Ammonia ready new buildings”, he concluded.
Nikos Roussanoglou, Hellenic Shipping News Worldwide

Previous: The Commodities Feed: Risk off move weighs on the market
Next: Competitive but not confrontational: JPMorgan researcher on U.S.-China trade under Biden