Ship Owners Are Turning Their Backs on More S&P Deals

Demand for new ships’ acquisitions is diminishing by the day, as ship owners are refraining from more investments. The negative impact of the COVID-19 pandemic on the global economy and world trade, is now expected to trigger the “worst global recession since the 1930” according to IMF World Economy Outlook, issued this week. As a result, it’s only natural that owners are adopting a more cautious approach to their investment strategies.

In a separate note, Allied Shipbroking added that “on the dry bulk side, a further plunge of activity was witnessed during this pat week, with interest from the buyers being lackluster. The uncertainty that dominates the global economy at the moment and the poor freight market (despite the last few weeks of improvements) are factors that have diminished buying appetite. However, in the case that requested prices start to drop significantly in the following weeks, we may see a slight gear up in action. On the tankers side, things have been more stable, as the freight market continues to fluctuate within a satisfactory range in almost all segments. The COVID-19 situation may have curbed some interest from buyers, but the healthy fundamentals, especially after the ramp up in oil trade noted lately, will have as a result the upkeep of buyers’ appetite. Last week we mainly noted oil product tankers changing hands, but this drift is expected to spread to crude oil tankers in the following weeks”. 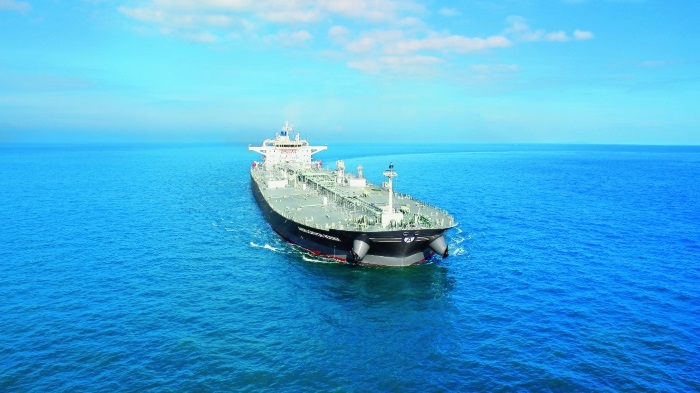 Meanwhile, in the newbuilding market, Banchero Costa said that “Chinese yards Qingdao Beihai and Yangzijiang got a large order for 4 x VLOC 325,000 dwt to be built under Tier III and LNG ready configuration for a project with Bocom Leasing who will act as contractor and charter them out to Kmarin in Korea for a long COA with Vale: price reported was $75 mln each, with deliveries towards end 2021 to beginning 2022. A Japanese domestic order came up for 3 x 40,000 dwt Handysize BC to be built at Shikoku and commissioned by Imabari based owner Kisaragi Kisen, with deliveries set to March, June and August 2021 and no price disclosed. In the tanker market 2 x VLCC were ordered at Samsung for a price in excess of $100 mln (about $105 mln) due to the LNG system propulsion: the contractor was AET in Malaysia for a long TC to Total. Delivery was set in Q1 2022. A local client Pan Ocean ordered in Korea at DSME another VLCC for a price of about $90 mln, with delivery in 2021. In the gas sector local clients Iino Kaiun contracted for one option VLGC to be built at Kawasaki for delivery end 2021”.

Allied added that “the limited buying appetite has once again dominated the newbuilding market with very few new deals being reported this past week. The uncertainty prevailing over the global economy due to the COVID-19 pandemic and the cost of such an investment creates a discouraging environment for new investments in the shipbuilding industry to take place. This situation may continue at least until we see some robust improvement in sentiment and fundamentals in the market. Meanwhile, it is essential to note that we have seen a drop in total activity in the dry bulk market during the first quarter of the year, compared to the respective period of 2019. In particular, this year we witnessed 20 new units being added in the global orderbook of the dry bulk market, whilst last year during the first quarter this number was 30. In the tankers market, a fall was noted as well during the first quarter of 2020, with 34 units being ordered, 6 less than the same time frame in 2019. Another change in trend was that during this 1Q20, the majority of crude tankers being ordered were Suezmaxes, while last year they were VLCCs. Given the current situation, we expect activity during the second quarter to be again lower compared to 2019, despite any improvement in the freight market”, the shipbroker concluded.
Nikos Roussanoglou, Hellenic Shipping News Worldwide

Previous: Germany to consider easing coronavirus retail restrictions from April 20 – sources
Next: Coronavirus: the economic recovery won’t only be U-shaped – it’ll look like a wheelbarrow