For the most part, ship owners active in the dry bulk market have refrained from a huge buying spree of vessels during 2019, with the freight market underperforming for most of the year. However, over the course of the past week, activity seems to have picked up.

In its latest weekly report, shipbroker Allied Shipbroking said that “on the dry bulk side, a step forward was finally taken in terms of volume, given that the market had repeatedly shown signs of mediocre performance as of late. The truth is that except for the Capesize market, which has held at relatively firm levels for many months now, freight rate levels aren’t actually of much help, in order to push for a more robust buying sentiment. Given that, it is difficult to see any steep change take shape in the short term freight market, it is highly unlike that we will see any excessive boost in the SnP market. On the tanker side, a steep correction in terms of activity was due. After the impressive rally of the week prior, nourished partially by massive en-bloc deals, the SnP market eased back significantly during the past couple of days or so. Given that we haven’t seen any rapid shifts from the side of earnings, we may well witness some sort of soft rebound take shape over the coming weeks”. 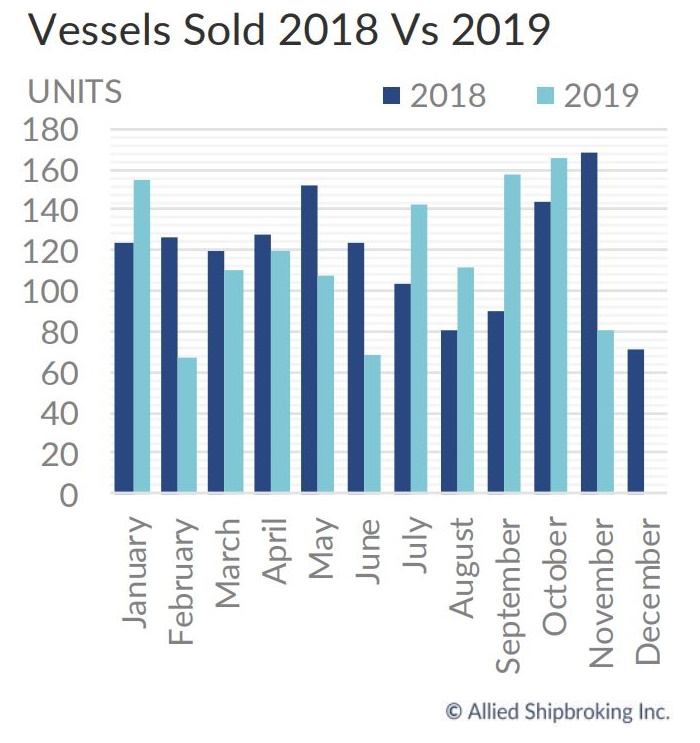 In a separate report this week, shipbroker Banchero Costa said that “the NewCastlemax ‘Azul Fortuna’ (203k/05 blt Universal) and the Capesize ‘Lowlands Orchid’ (176k/05 blt Universe) were reported sold for region $15.8mln each despite the size gap. In the Panamax segment, the ‘Coral Emerald’ (75k/07 blt Sanoyas Hishino) was sold for $11,5mln and the ‘Harvest Festival’ (72k/98 blt Imabari) was sold to Chinese buyers for $5,3mln. An Ultramax of (63k/19 blt Iwagi) was resold to Japanese buyers for $28mln with delivery set for December 2019. In the Supramax segment the Chinese built Supramax ‘Baoxiang’ (56k/2013 blt Xiamen) was sold to Chinese buyers for $11,5mln and the Japanese ‘Yasa Ozcan’ (55k/06 blt Mitsui) went to Asian buyers, Gurita Lintas, for $10,6mln, the purchase prices further highlights the price gap between Japanese and Chinese built vessels. In the tanker sector another pair of VLCC was sold: ‘AntonisI Angelicoussis’ (306k/00 blt Daewoo) was reported sold to Far Eastern buyers for $24,65mln and the ‘Maran Callisto’ (299/99 blt Daewoo) went to Chinese buyers for $18mln, IS/DD due shortly. The Aframax ‘Jupiter Sun’ (115k/07 blt Sasebo) went to Greek buyers for $28,7mln, showing again the good moment for this segment”. 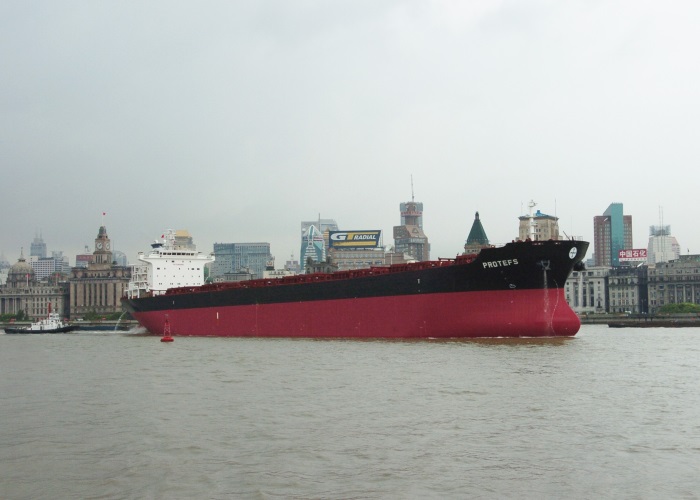 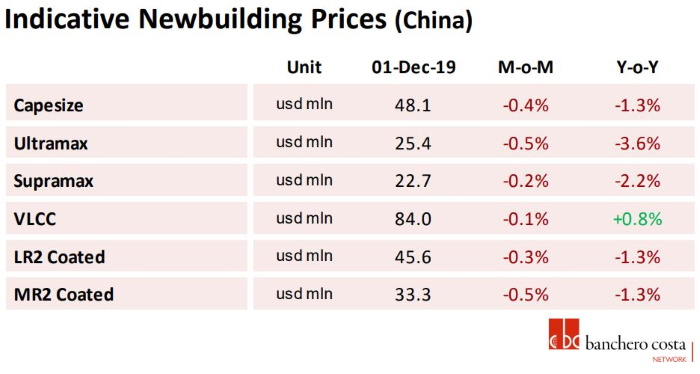 Meanwhile, in the newbuilding market, Allied noted that it was “a very interesting week was due for the dry bulk newbuilding market. With a rather strong wave of fresh orders coming from the Newcastlemax size segment, it will be of little surprise if we witness an overall boost in buying appetite over the coming weeks. Given on top of this that freight rates for the bigger size segments have shown an impressive resistance for some time now, we may well expect something more in terms of activity to take shape before the closing of the year. For the tanker sector, it was a rather uninspiring week, despite robust activity noted in previous weeks. With a small movement noted from the MR side, it is difficult to say if we can anticipate any further intensification of buying interest take shape (at least for the remaining part of this year). All-in-all, it seems it seems as though we are seeing a much more vivid picture take hold compared to what we were seeing during the summer months, something that is surely taken as a positive sign from the shipbuilders right now”. 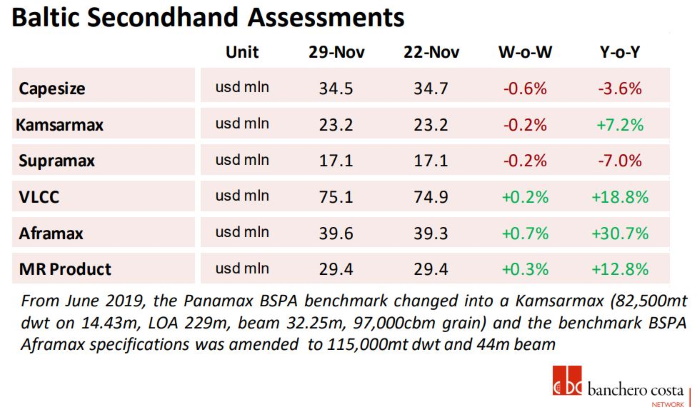 Similarly, Banchero Costa added that “Berge Bulk ordered 4 + 4 NewCastlemax which will be equally split between Shanghai Waigaoqiao and Qingdao Beihai. The vessels will be dual fuel (LNG) and the price is rumoured around $67mln each, an additional cost of around $12mln for the feature, deliveries from Dec 2021 and every 3 months. Atlantic Bulk Carriers placed an order for 2 Ultramax at Hyundai Mipo Vinashin for delivery 2021, price was not disclosed, estimated around $26/27mln. Hisamoto ordered a single MR2 50,000 dwt from Hyundai Vinashin for delivery early 2021. On the tanker side, Samos of Greece exercised an option for a second Suezmax tanker at JMU (Japan Marine United). Price expected around $62.5mln”, the shipbroker concluded.
Nikos Roussanoglou, Hellenic Shipping News Worldwide