The newbuilding and S&P markets remain in flux, as ship owners are pondering how they should react in the COVID-19 pandemic, which is wreaking havoc in the global supply chains. In its latest weekly report, shipbroker Allied Shipbroking said that “on the dry bulk side, another quiet week was due, establishing even more emphatically the relatively poor appetite surrounding the market at this point. This is far from surprising, given the turbulent trajectory from the side of earnings and perplexed feeling among investors since the Covid-19 outbreak. Despite the modest effort noted in the Capesize market during the last few days, it will take a lot more time before we are able to witness any robust confidence return to the dry bulk market as a whole. On the tankers side, it was another interesting week in terms of SnP activity taking place. Given the recent trends in respect to realized returns, the steep increase in buying appetite was a rather logical result, especially when considering how pessimistic the current view is for almost all other types of assets available in global markets at this point. All-in-all, with the excessive boost noted in freight rates, we expect a relatively strong SnP market to continue.

In a separate report, shipbroker Banchero Costa added that “the activity in the 2 nd hand market was sensibly affected by the outbreak of the COVID-19; besides difficulties in travelling, crew changing and flying people to inspect ships, the most attention is dedicated to preserve the deals which are in place and successfully completes hand over under new stringent conditions. Two sisters Handysize bulk carrier units of 38,800 dwt built in 2015 at Taizhou Kouan were reported committed sub inspection for a price of $ 24.3 mln to undisclosed Buyers (ships are Open Hatch units, partly Tween deckers, BWTS fitted). A Chinese Supramax AIFANOURIOS 50,000 dwt built in 2002 at Shanghai Shipyard was reported sold for $4.9 mln (dry dock due prompt in April). The Bulk Chile 56,000 dwt built in 2009 by Mitsui, controlled by Japanese owner, was inviting offers during the week. While there was still uncertainty of the outcome of the offers, few offers were rumoured around high $9 up to $10 mln and possibly were withdrawn, with sellers aiming over $11 mln (wog). More info will be reported in the next report. In the tanker market a VLCC BUNGA KASTURI 300,000 dwt built in 2003 at Universal was reported sold to Indians for a price of $32 mln, whilst the Suezmax MOGRA 150,000 dwt built in 2000 by Nippon Kokan with SS due in June 2020 was rumoured sold to Venezuelan for $17 mln. A modern Aframax Nanyang Star 105,000 dwt built in 2012 by Sumitomo was reported sold to undisclosed for a price of $ 32.5 mln. In the product carriers market, the CAPE BEIRA 40,000 dwt built in 2005 at SLS (SS due in November 2020) after failing on subs to Nigerian Buyers was reported committed to Monaco based Buyers”. 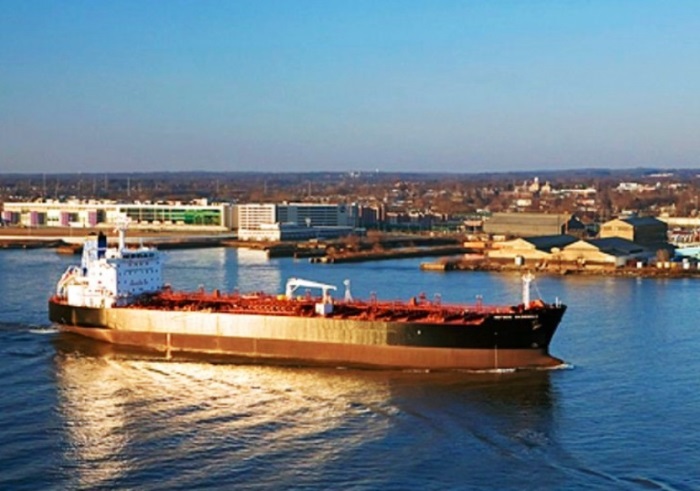 Meanwhile, in the newbuilding market, Allied Shipbroking said that ‘it seems that despite circumstances interest for newbuildings has been revived this past week, as we witnessed a fair number of new transactions taking place in the dry bulk segment. It seems as though the perception that the current economic slow-down due to the COVID-19 pandemic is just temporary in nature, has led to this fresh stream of new orders. The majority of the new orders that we saw last week were Kamsarmax and Ultramax units, while orders were placed exclusively by Far Eastern interests. Despite the hurt being felt in the freight market, current earnings seem to be considered as fair compared to the economic fundamentals worldwide. At the same time long-term prospects for these vessel types are considered as fairly positive from the perspective of most market participants, given the flexibility and adaptability that they can offer. On the tankers side of things, the numbers of new orders seem to be relatively soft, especially when given the current freight market conditions being seen. There is a portion of lag reaction taking place, something that may even prove to be a longer lag than usual given the current working conditions faced around the world right now”. 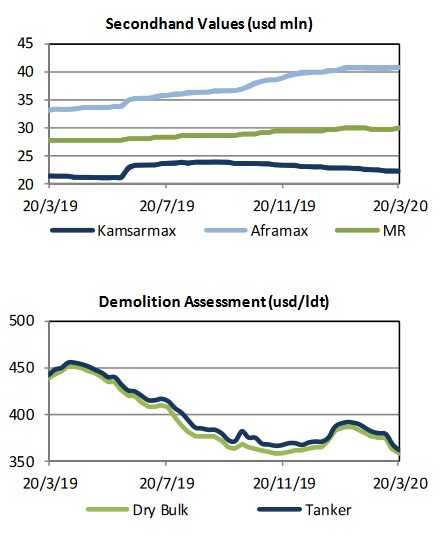 Banchero Costa added that “in the dry segment most of the activity reported during the week was at Chinese shipyards, where Bank of Communications Finance Leasing Co moved for 4 x Ore Carriers 325,000 dwt to be built at Qingdao Beihai Shipyard with delivery in 2H 2021/1H 2022. Vessels will be backed by a long term employment (10/15 years) to Vale. Japanese owner Nisshin Kaiun increased his commitments with Nantong Xiangyu for 2 additional Dolphin 64,000 dwt design Ultramaxes to be delivered during 2021. These two vessels could have been already under construction at the yard. Huayang Shipping signed with Jiangsu New Yangzijiang an order for 2 x 52,000 dwt Supramaxes for delivery Feb-May 2022: vessels to be used for China Coastal trades. In the gas segment a LPG carrier 89,000 cbm was ordered by Union Maritime Ltd at Hyundai with delivery end of 2021. Greek owner Maran Gas added at Daewoo 1 extra LNG tanker 170,000 cbm bringing to 12 the total number of vessels ordered at the yard”.
Nikos Roussanoglou, Hellenic Shipping News Worldwide