Newbuilding orders have continued to dwindle as ship owners continue to opt to add to their fleets, rather than commission more newbuildings. As a result, more deals are starting to materialize in the S&P market.

In its latest weekly report, shipbroker Allied Shipbroking said that “on the dry bulk side, the positive momentum in freight earnings and the current supply-demand fundamentals had as a result the intensification of interest among buyers as of late. This was another week with several new transactions emerging, with focus given once again on the Ultramax/Supramax segment. We expect this fairly active trend to resume during December, with expectations for a further market rebound in 2021 adding firmer interest amongst buyers. On the tankers side, it seems that the considerable activity noted the week prior was not a sole event, as buying appetite has started to revive amongst expectations for a much healthier market in 2021. This past week, interest was spread between VLCC and Aframax units, depicting the improved sentiment in the market. The volume of transactions is expected to remain at fair levels for the remainder of the year, except if we encounter another sharp re-shift in market fundamentals”, said the shipbroker. 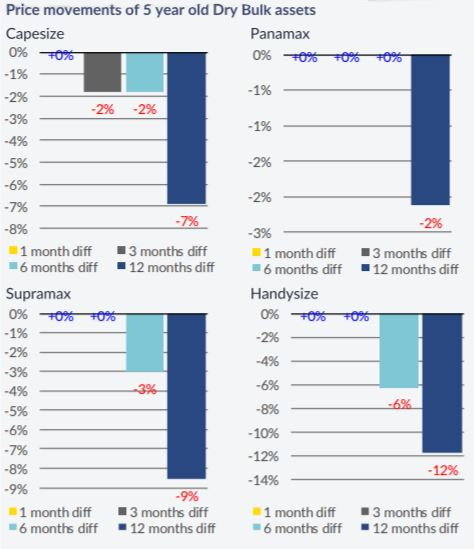 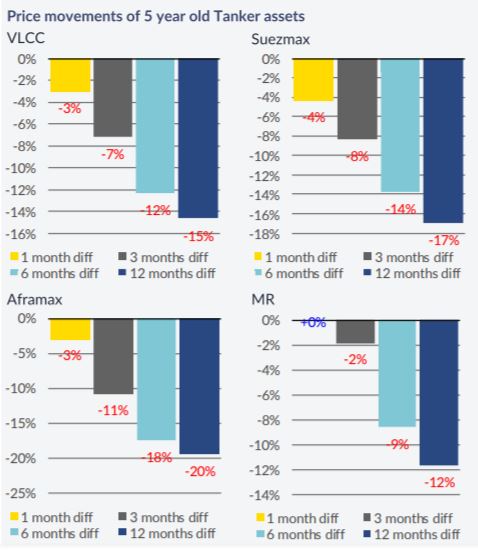 In a separate note, Banchero Costa added that “the LEDA 82,000 dwt built in 2013 at Tusneishi was sold to clients of BulkSeas for a price in the low $16 mln plus about $500,000 for the BWTS novation of the contract. A similar Sanoyas Kamsarmax CETUS OCEAN 83,000 dwt built in 2013 BWTS fitted was sold to undisclosed buyer for low $17 mln. Scorpio offloaded another modern Kamsarmax SBI LYNX 82,000 dwt built in 2018 at Jiangsu Newyangzi to undisclosed buyer for $22.2 mln (BWTS no scrubber). Mittal reported sold in a sale and lease back a modern Tsuneishi Kamsarmax 82,000 dwt AM UMAN (no price or details on the deal yet available). Again Scorpio stroke an enbloc deal selling to Pacific Basin a fleet of 4 x Ultramaxes 2015 built at Nacks (scrubber, BWTS fitted) for a total price of $67 mln. The ships are: SBI ANTARES/BRAVO/ HYDRA/MAIA. The SEA MELODY Tess 58 built in 2010 (BWTS fitted, SS passed) which we reported earlier sold $10.6/10.7 mln finally failed: it’s now committed at higher $11.1 mln to Greek buyer. 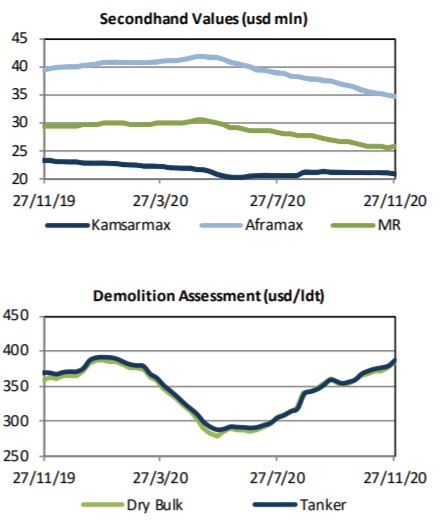 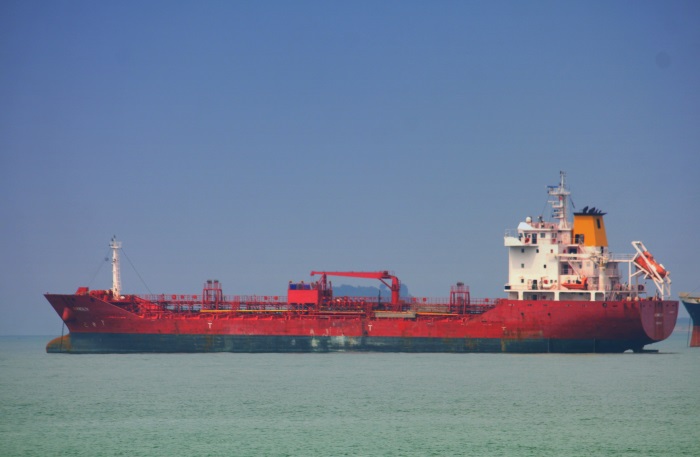 In the newbuilding market, things were lackluster once again. Allied said in its report that “this was the second consecutive week with limited interest emerging for newbuilding projects in the dry bulk market. Buying appetite has remained subdued with a stance of “wait and see” prevailing amongst most in the market as we reach closer to the end of the year. We should not expect any significant action to take place during the last few weeks of the year, with most likely to postpone any new plans for 2021. The last month’s uninspiring scene in the freight market has played a role in this trend noted of recent, while newbuilding prices have stayed unchanged for some time now. In the tanker market, things were also quiet this past week, with just one new deal coming to light. It was an order for 1 MR unit from Japanese interests. The uninspiring fundamentals noted in the market so far in the year have limited interest amongst potential buyers, with the lack of action being expected to continue at least for the coming weeks”. 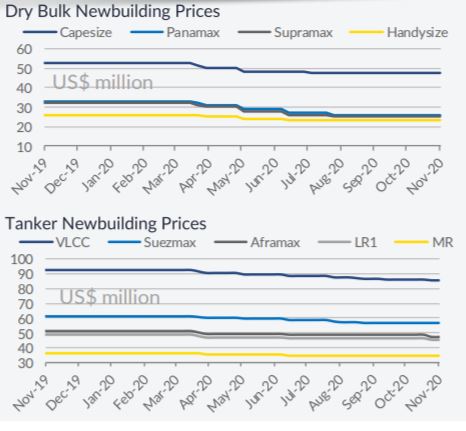 Meanwhile, in the newbuilding market, Banchero Costa said that “Adnoc Logistics & Services agreed with Daewoo the construction of 3 + 3 320,000 dwt VLCC units at a price around $84/85 mln: deliveries are set starting from 2 nd half of 2022. In China Dalian Shipbuilding received an order for one Suezmax shuttle tanker 155,000 dwt: vessel to be delivered during 1st quarter of 2022. Furthermore, Lepta Shipping added 2 x 82,000 dwt Kamsarmax units at Jiangsu New Yangzijiang for delivery during 2021 at $26 mln each”, the shipbroker said. 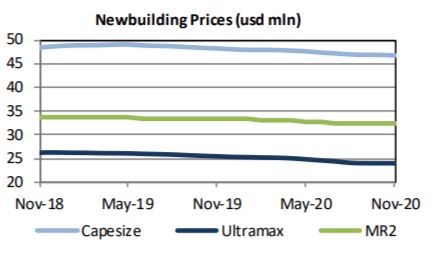