With prices offered for vintage tonnage under correction, buyers are pondering their next moves as there are various, contradicting opinions, on the future direction of prices. As such, activity has lowered during the course of the past week. In its latest weekly report, shipbroker Clarkson Platou Hellas said that “with a correction in pricing witnessed, specifically in Pakistan and Bangladesh, Buyers have been slightly cautious again this week with even a ‘watch and wait’ attitude creeping back in. Without a strong flow of tonnage, this price drop is being seen as a small dip and we will need to see how the Indian Buyers respond should any tonnage be destined for their shores. Until some sales are concluded, we will not know the true extent of this correction with each cash buyer having their own opinion on where pricing is at and, the speculative numbers they are willing to gamble on. This has also resulted in less enquiry from Owners who wish to dispose of their units, with themselves too being slightly tentative on the current market sentiment. This is leading to several temporising from their sales pitch as the rates they were previously receiving now no longer achievable. It may take a positive move from one cash buyer to get the wheels turning again on what has been a stop start year for the recycling market”, the shipbroker said. 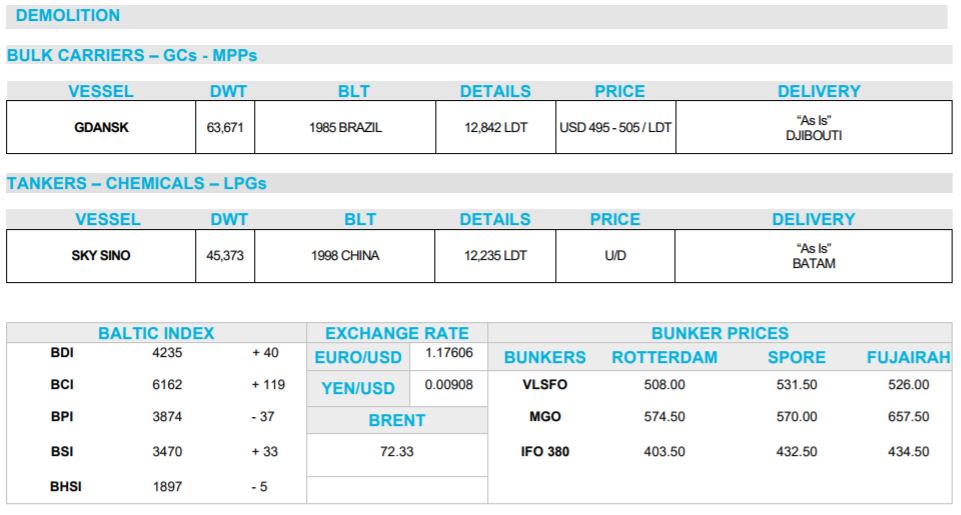 In a separate note, Allied Shipbroking said that “interest for ship recycling has been very stable in the year so far, with record high scrap prices attracting several owners. Last week, we may have seen a slight decline in activity, but interest remained strong, despite some signs of weaker steel prices having started to become apparent. However, the robust earnings for dry bulk and container units have trimmed businesses so far. The diminished number of scrap candidates has curbed activity in Bangladesh, the previous market leader. There is limited number of reported deals in the country as of late, despite the offered pricing terms which are still firm. Meanwhile, the recovery that has started during the last couple of weeks in India continued this week as well. 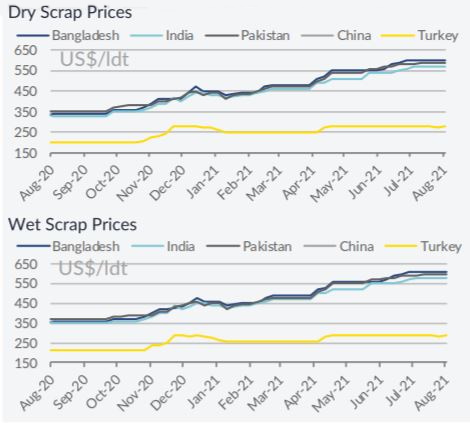 Local players have been able to increase their offered prices, competing more heavily with the rest of the Indian Sub-Continent. Additionally, the country has started taking advantage once again of the units that require green recycling from the heavily hurt tanker sector. In Pakistan, it was also a quiet week, as less units were led onto the country’s beaches, despite the attractive scrap prices on offer. The limited number of candidates, in combination with the strict regulations regarding tankers (after several accidents that have taken part in the country) have reduced the available business that local players can attract”, Allied concluded. 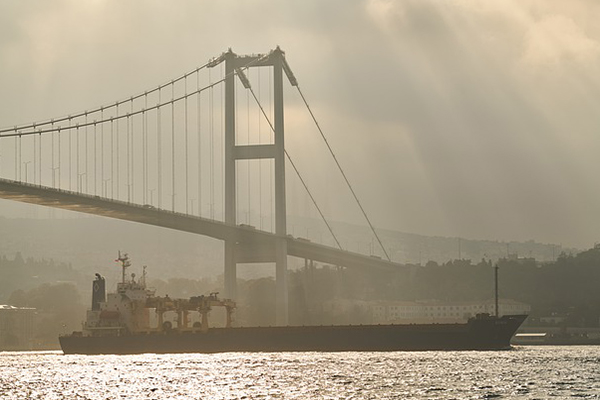 Meanwhile, GMS (www.gmsinc.net), the world’s leading cash buyer of ships said that “prices have settled into a new reality this week as end Buyers get back to buying at levels just shy of the historical peaks seen this year, closer to (and in some cases, just over) USD 600/LT LDT from the market leaders, on high-spec units. It has been a phenomenal year for the sub-continent ship recycling markets thus far, which has seen prices more than double in the space of the last 12 months, especially as supply starts to dither. At the peak of the pandemic in the middle of 2020, we saw levels in the mid USD 200s/LDT, as markets closed and global trade came to a virtual standstill.

The various ship-recycling destinations across the world learned to cope with and adapt to the Covid-19 pandemic and despite the devastating recent toll the Delta variant has taken, beachings and deliveries have continued unabated for a large part of the year. Overall, we see sub-continent end Buyers reaping the benefits of steel plate prices that have been flying to previously unthinkable levels. Not since the boom years of 2008, when deals were done over USD 800/LT LDT, have we seen ship recycling prices quite so firm and there is every indication that this momentum could continue for a bulk of the remainder of this year. Forward futures on steel predict the markets to be positively placed as well, despite some of the pessimism and nervousness that the recent falls have brought about”, GMS concluded.
Nikos Roussanoglou, Hellenic Shipping News Worldwide