With scrapyards in the South East Asia being effectively underutilized for the past couple of months, ship owners will be very happy to hear that activity could soon pick up and moreover, at higher prices, provided that the pandemic conditions allow for increased activity.

In its latest weekly report, shipbroker Clarkson Platou Hellas said that “as we touched upon last week, we are trying to accept any positives that emanates from the recycling destinations in view of the subdued previous month or two and whilst the following news will not give any immediate advantage, it will have a major impact for the long term. The UAE Government this week announced that they are to suspend the export of ferrous scrap for four months. The decision has been made due to the scarcity of scrap raw material being faced by UAE based steel mills. All stakeholders have been ordered to adopt the necessary action for implementation of same by the Ministry of Economy with immediate effect. This will be encouraging news for the local scrap markets in India and Pakistan and with the lack of inventories from the UAE, increase in pricing and demand should be seen internally from the steel mills for ship steel. All we need are for the three main recycling destinations to once again be fully operational! It does appear that more Owners are starting to test the waters by offering more units into the ship recycling arena and finally some new sales are reportedly taking place, aside from those vessels at the respective anchorages under new negotiations following failed sales, but there still remains the important question as to the foreign crew repatriation once they have disembarked from a vessel that has been delivered to the recycling yard.

According to the shipbroker, “there are still no major international flights from these countries and therefore the Indian authorities continue to only permit importation of those vessels with full quota of Indian nationals or vessels under tow. The Indian ship recyclers and other industry players, including the cash buyers, are lobbying the Government with the intention of trying to persuade them allow foreign crew to disembark on the yards at Alang and in this respect, are offering local hotels for facilitating quarantine procedures and assistance with onward travel arrangements. Time will tell if their efforts are rewarded to the benefit of all and sundry. We now also wait for information from India with regards to their lockdown position as the current timescale is in place until the 17th May. Some beaching of units have taken place this week in Bangladesh, however only those vessels with Chinese or Indian nationals onboard. The Indian nationals are travelling over land back to India and the Chinese were placed on the one flight from Dhaka to China. Generally it would appear that more inquiry is being seen from Bangladesh but do need restrictions to be lifted to really advance its purchasing pace. Pakistan have announced today that the partial lockdown currently in place is to be extended until 31st May. Some industries are running a limited operation, but it remains to be seen if vessels will be allowed to be beached on their recycling yards as confusion reigns in this respect. Most likely any permission will be given after the Eid holidays which are set to be finished in two weeks’ time”, Clarkson Platou Hellas concluded”. 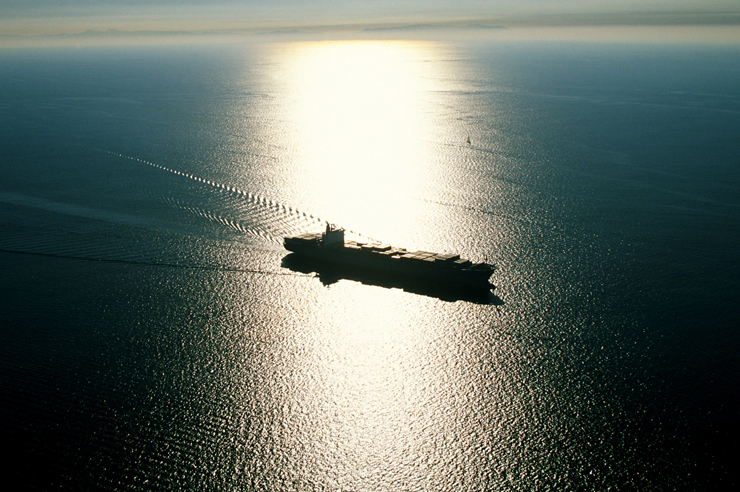 In a separate note this week, Allied Shipbroking said that “some restrictions seem to have been lifted recently in the key Indian Sub-Continent markets, but this does not mean that lockdown has ended just yet. However, given the expectations for a return to normality (in terms of operational matters) over the following weeks could help feed healthier appetite amongst breakers after several weeks of inactivity. In Bangladesh, the government allowed for some scrapyards to proceed with the demolition of units that were awaiting at Chattogram anchorage due to the upcoming Amphan cyclone (most of these deals though have been re-negotiated to lower price levels). However, the general restrictions are still in place curbing any further interest for the time being. Meanwhile, restrictions have not yet been lifted in India either, but with local authorities allowing vessels with Indian crew to be scrapped. The surge noted in steel plate prices and the anticipated stimulus package from the domestic government will help the country to regain cash-buyers’ interest once the market is fully re-opened. The same conditions are currently seen in Pakistan with the only vessels proceeding for demolition being the ones with local crew members. However, with some stimulus movements being anticipated from the local authorities, we expect interest for business to start showing a gradual revival here too”.

Meanwhile, GMS, the world’s leading cash buyer of ships said in its latest weekly report, that “whilst the various recycling destinations remain far from fully open today, the anticipation of subcontinent markets opening within the month / before June has once again motivated Cash Buyers to take speculative positions and commit vessels at some firmer levels over the recent weeks. It is true that there have been some easing of restrictions in both India and Bangladesh, however, there are still restrictions on vessels arriving both locations with foreign crew onboard, in addition to domestic crew flying overseas for ‘as is’ take overs, as all international flights in and out of the subcontinent markets are still grounded at present. There may be further easing of restrictions in the coming week(s) on international tonnage, however, for now, only those vessels that have received special exemptions and have domestic crew on board are being allowed to beach in India and Bangladesh. India is allowing ships with Indian crew to beach whilst anchoring and beaching permissions are not being granted for vessels with international / foreign crew for the time being. The same is true in Pakistan and Turkey as well. In Bangladesh, foreign crew cannot disembark without getting special permissions from the police and immigration departments and this is causing some confusion for those vessels that have arrived locally and are waiting to beach for some time now”, GMS concluded.
Nikos Roussanoglou, Hellenic Shipping News Worldwide

Capesize Market Bounces Back After Dismal Start to the Week