The ship repair segment has been one of the hardest hit from the widespread effects of the Coronavirus, not only due to the restriction of operations of major yards, but also due to the fact that business was sky-high as well. In its latest weekly report, shipbroker Intermodal noted that “coming from one of its busiest periods historically, with a list of scrubber and BWMS retrofits on a waiting list, the ship repair sector is witnessing a huge shock from the spread of the COVID 19 in China. Almost all activities have frozen just a few days after the initial announcement from the Chinese government that the CNY will be postponed till February 10th. From that date till now there is a relative improvement on the work progress inside the shipyards but the main problems remain the same and the performance far behind the expected one”.

According to Intermodal’s, Vassilis Vassiliou, Intermodal’s Ship repair broker, “the main challenges that owners are experiencing in Chinese shipyards nowadays are delays for all kind of local products and spare parts, either from inland or overseas, which seriously affects delivery times. Repair personnel such as Owner’s representatives, service engineers and officers (i.e. commissioning engineers, specialists, flag and classification societies surveyors) either local or from overseas, are having a huge difficulty moving from their base to the vessel and vice versa. In addition to the above, shipyards are not working in full capacity yet, since workers’ “repatriation” after CNY is very time consuming given the two weeks quarantine time needed prior getting back to work. The positive speculation although, is that full harmonization will take place by mid of March. In addition, all statistics from last week show that the situation in China is now under control, with the new cases affected by the virus to be much reduced compared to the past weeks”. 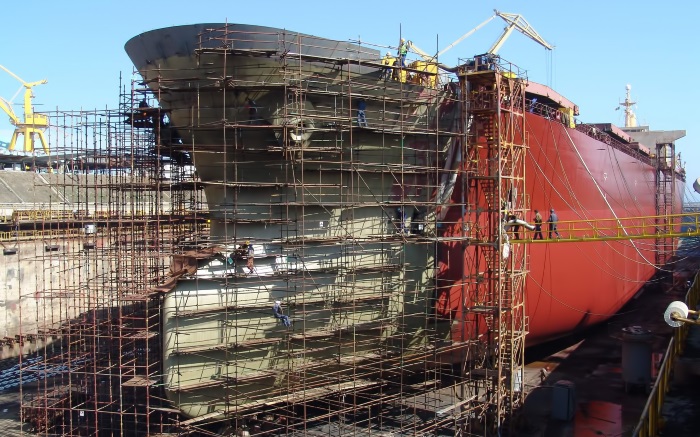 According to Mr. Vassiliou, “outside China, there are massive bookings to shipyards in the surrounding region like Korea, Indonesia, Thailand, Philippines and Vietnam. A number of these shipyards were almost absent from the ship repair market for many years, have now revived their operations, while most of them are merely interested in opportunistic profits and not in building up long term relationships. Therefore, Owners in order to protect their interests are minimizing the repairs. Competent yards like those in Singapore were already nearly fully booked for the first half of the year before the virus appearance and therefore are unable to absorb the new wave of demand. There is also a relative increase on the workload for the rest shipyards worldwide, including shipyards in Arabian Gulf and Europe, but with few available slots still existing”. 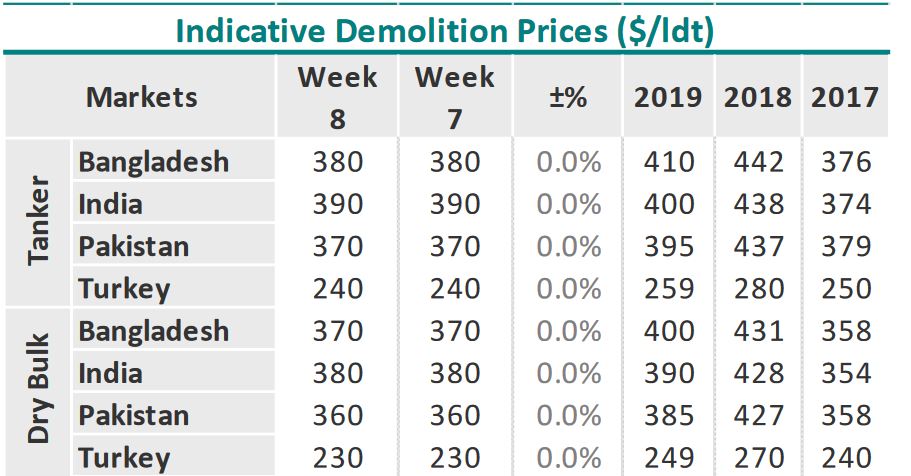 Intermodal’s broker added that “surprisingly, there are some very few Owners, benefiting from the situation by slotting a ship for minimum scope in China during this period, ignoring the virus and getting the benefit of yards available facilities due to cancellations for simple works. After the first half of the year, which will hopefully coincide with the time that China will get the virus eliminated, there will be another wave of ship repairs to fill again all the repair facilities. This peak is going to be even higher than the one before, considering also the massive postponements on the repairs given by flags and classification societies during the last 2 months. Aside from the impact of the COVID 19, the “scrubber retrofit era” seems to be coming to an end with Greek Owners and big container companies planning to complete all retrofits after this summer”, Vassiliou concluded.
Nikos Roussanoglou, Hellenic Shipping News Worldwide

Previous: What does coronavirus mean for container shipping?
Next: U.S. Coronavirus Outbreak Would Pose Risk to Record Expansion