Activity in the S&P market is “sizzling hot” at the moment, with more owners entering the market for second hand tonnage. An improved freight rate market is seen as the main reason for this development. In its latest weekly report, shipbroker Allied Shipbroking said that “on the dry bulk side, the recent bullish momentum seems to be slowly turning into the norm, both in terms of activity being noted and asset price levels being concluded. For the time being, activity has been split across the different size segments and age groups (except maybe in the case of the Capesize market that is currently holding a more sluggish pace), pointing towards a healthy buying appetite for the sector as a whole. Given the current freight earnings, we expect an interesting SnP market to hold in the near-term. On the tankers side, a strong boost in terms of volume took place during the past week or so. Thinking about the slight upward pressure in asset price levels and the considerable movement in the newbuilding market, it seems that overall buying appetite is also on the rise. Notwithstanding this, given the uninspiring (and general “fragile”) state of realized earnings, it is yet to be seen whether these trends can hold without some shift in freight rates taking place”. 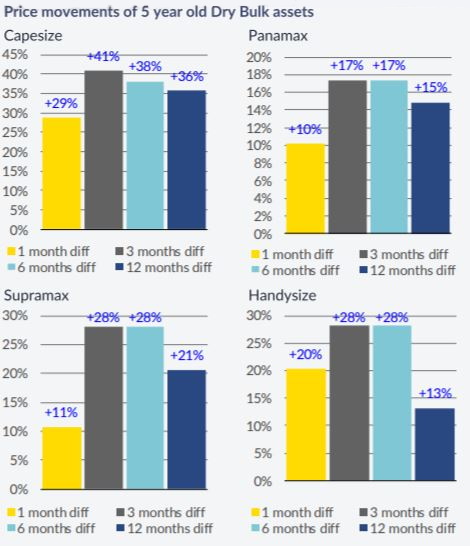 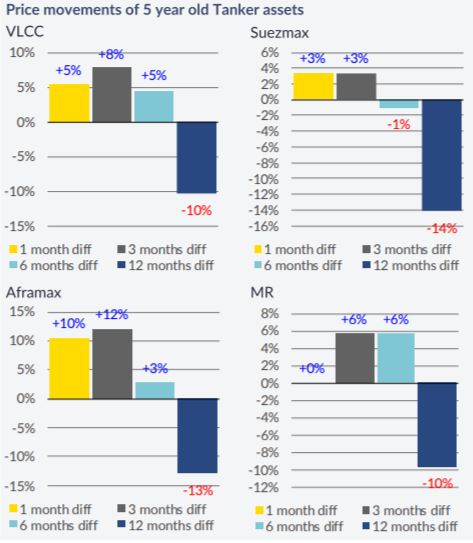 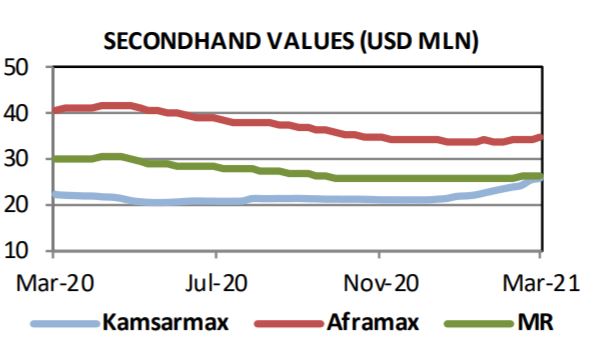 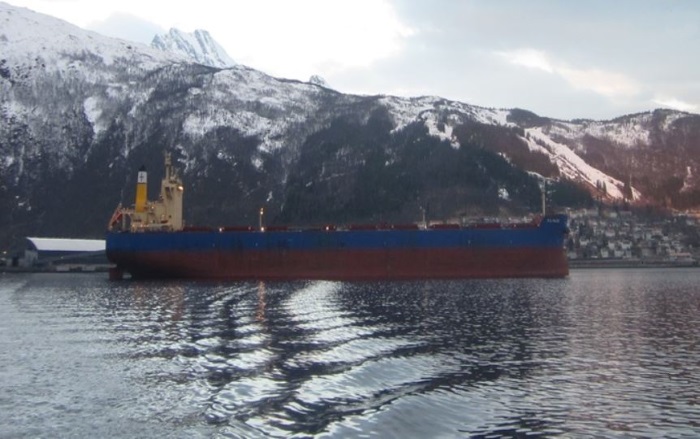 Meanwhile, in the newbuilding market, Allied Shipbroking added that “An overall strong week for the newbuilding market took place, given the plethora of fresh orders coming to light. Notwithstanding this, the dry bulk sector was absent this time around, despite the recent “good” trend of late, with the market seemingly taking a “pause” in terms of activity being noted (even if for a brief moment). Given the slight correction in freight returns during the past week, as well as the rising trend in newbuilding price levels, many interested parties may have somehow taken this time to “re-evaluate” the current state, before rushing in to proceed with any new project plans. On the other hand, for other main sectors, it has been a very active week.

In the tanker sector, we saw buying appetite across almost all the different size segments, despite the relatively “uninspiring” freight market levels that are still holding. Moreover, there is considerable gain in movement in both the Gas and Container markets, something that could likely intensify further over the coming weeks, especially in the case of the latter”. 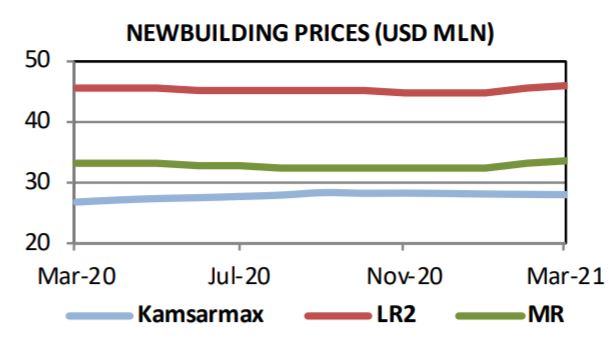 Banchero Costa commented that “During the week, the container segment accounted for the majority of new building activity. Evergreen Marine placed an order with Samsung in South Korea for 20x 15,000 TEU units, with delivery scheduled for 2023-2026. Each vessel costs USD 124 million. Scrubbers will be installed in the vessels. Furthermore, JP Morgan and Hyundai have agreed to a letter of intent for 2+2 options of 15,000 TEU. In China, Delphis, a Belgian shipowner, exercised an option for six 6,000 TEU feeders at Qingdao Yangfan. 8 had already been ordered. In terms of LPG, Evalend signed a contract with Hyundai Samho for the construction of four 91,000 CBM LPG carriers, with a delivery date of 2022- 2023. Each vessel will cost USD 80 million. In Japan, Samos Steamship placed an order at JMU for 1 x VLCC at about 301,000 DWT to be delivered during the Q1 of 2023”.
Nikos Roussanoglou, Hellenic Shipping News Worldwide

Previous: Surge in COVID-19 cases may curtail the rally in crude tanker stocks
Next: Real-economy stirrings show U.S. leaves Europe in the dust