As recipient of the Maritime Leadership Award, Sen. Collins is recognized as an exemplary leader in Congress who has demonstrated outstanding dedication and support of the U.S. shipbuilding and repair industry. Overall the American maritime industry, including shipbuilding and repair, creates more than 650,000 jobs nationwide, and contributes more than $150 billion annually to the nation’s economy, according to a recent economic study by PricewaterhouseCoopers and the Transportation Institute. 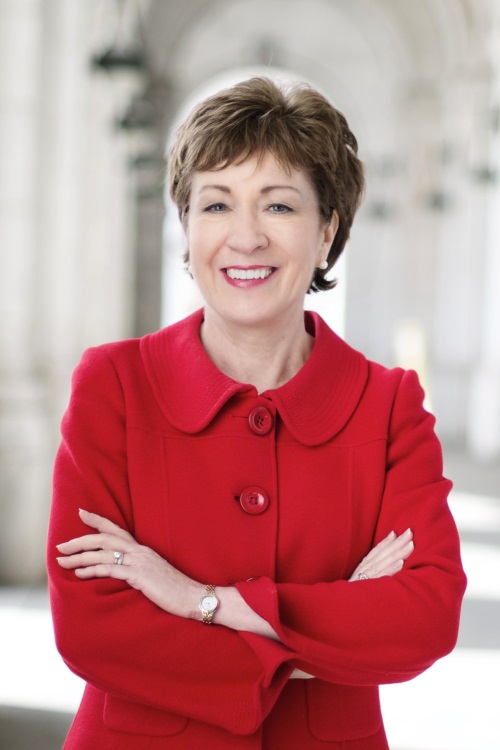 In Maine, the American domestic maritime industry adds $208.4 million annually to the Maine economy, as well as $725.5 million in worker income.

“America’s shipyard industry is vital to our national and economic security, and I am proud to represent a state with a longstanding shipbuilding tradition,” said Sen. Collins. “The thousands of hardworking employees at Bath Iron Works and other shipyards demonstrate their commitment to excellence in every ship they build, and I am committed to supporting them by securing the resources needed to grow and maintain our fleet. As a senior member of the Appropriations Committee, I will continue to fight for shipbuilding and acquisition policies to keep the United States Navy pre-eminent, our shipyards strong, and our skilled workers building the best ships in the world. I am grateful for this recognition and for the Council’s efforts to advance America’s shipbuilding industry.”

“Our champion in Maine, Sen. Collins, has always recognized the importance of the maritime industry to U.S. economic and national security. The men and women that serve in our industry are committed to building, repairing, designing, and maintaining the best-in-class commercial and military vessels, and it is relentless supporters like Sen. Collins that inspire and enrich the experience of each of our maritime workers,” said SCA President, Matthew Paxton.

The award was presented during the SCA annual meeting in Washington, D.C. on May 16, 2019. The event saw the attendance of nearly 100 shipyards and partner organizations to discuss the status of the U.S. shipbuilding and repair industry and to bring awareness to the U.S. Congress of the industry’s critical role in national and economic security.
Source: The Shipbuilders Council of America (SCA)