Shipbuilding Market Heats Prior to Holidays

The shipbuilding market seems to be heating up with many deals being reported, as the year edges closer to the end. In its latest weekly report, shipbroker Allied Shipbroking said that it was “a very active week in the shipbuilding market with several new orders being placed for key segments. In the dry bulk market, interest for newbuilding projects has been vivid for some time now, with ordering activity though having increased only moderately when considering the current demand and supply balance. The most impressive order of last week was the contract for a total of 12 Ultramaxes placed by a Chinese financial leasing firm, while 4 Capes were also ordered by Japanese interests. Recent newbuilding prices have certainly helped trim some of the excess interest in the sector, albeit the biggest factor still seems to be the lack of available interest and slots from the side of shipbuilders. 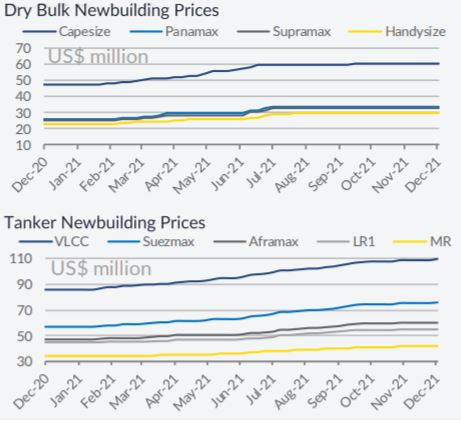 Orders were seen in the tanker sector as well this past week, after a prolong period of inactivity. Expectations for improvements in this market are still on the mind of investors, with current freight earnings and newbuilding prices though still holding back interest for now. Finally, there were several orders for LNG carriers this past week from various interests, pilling on the significant rise in activity that has already been seen this year”. 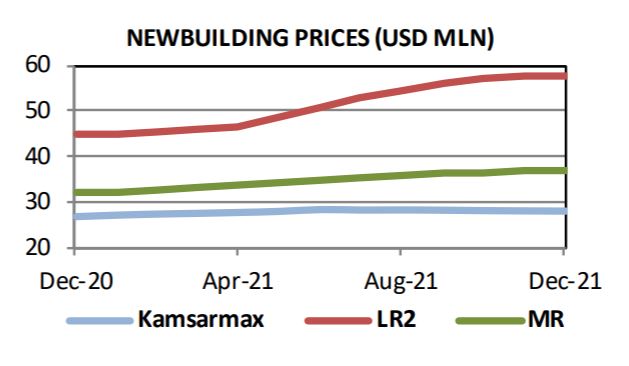 In a separate note, shipbroker Banchero Costa noted that “the Dry Bulk sector has seen no new orders except domestic ones within China. Various local Owners have placed orders for 4x 63,500 dwt Ultramaxes with Nantong Xiangyu, 2x 14,000 gen cargo with Zhoshan Hetai and 1x 22,500 dwt with Lixing Engineering. Price not available – all deliveries are for end 2023/beginning 2024. Nothing to report on the tanker’s side either. However the past week has been rich for gas where Celsius Shipping and JP Morgan have declared options for VLGC and containers with Costamare (13,000 and 15,000 TEUS) Sinotrans (2,400 TEUS) and MSC (3,700 TEUS) adding more units to their respective orderbooks”. 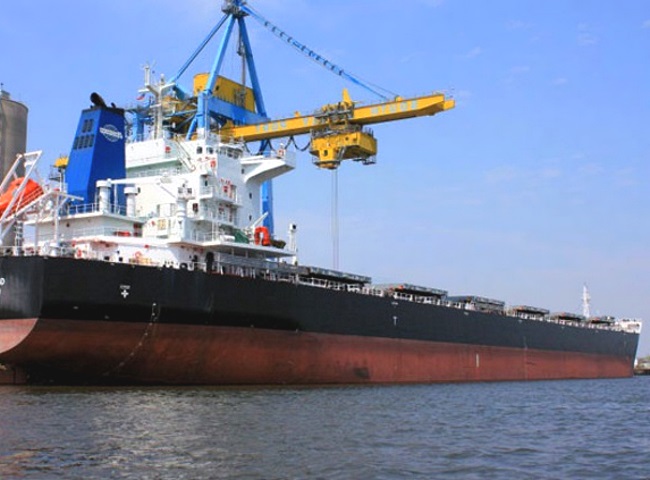 Meanwhile, the same intense activity can also be said regarding the S&P market. Allied said that “on the dry bulk side, it was a very active week with several deals emerging across different size classes. However, the majority of buying focus was given to the Supramax/Ultramax size class. Sentiment is robust and current freight earnings seem to be relatively sustainable for the time being. Therefore, we expect that SnP interest in this sector will remain vivid over the coming weeks, with asset prices though likely playing a crucial role on the final number of transactions that will take place. A softening in prices has also been observed over these past weeks, though this trend may end up fading. 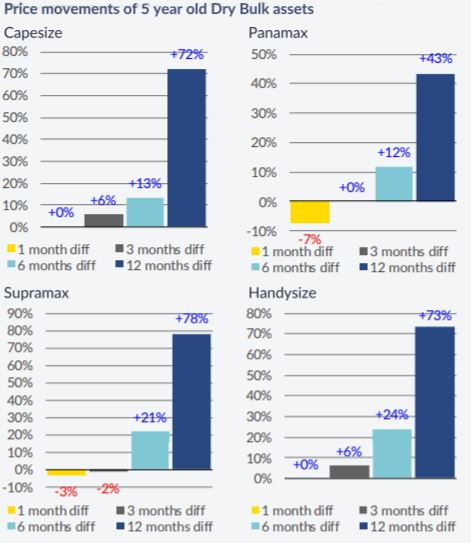 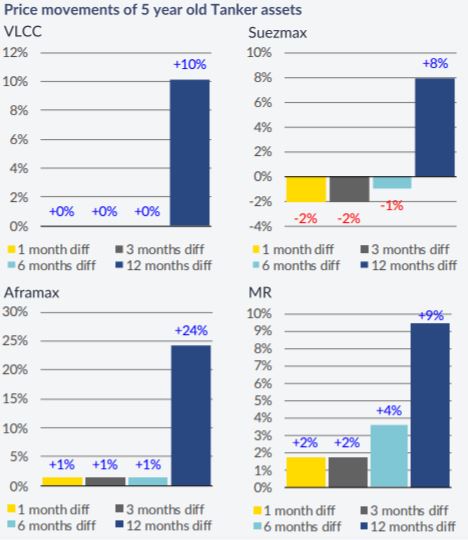 On the tanker side, it was also an interesting week with many transactions being reported in the MR and Aframax sectors. As some signs of a market recovery have started to take shape in the market, buyers seem to have started to flock back to this market. However, these signs of a recovery are still fragile and thus we do not expect activity to ramp up significantly over the coming weeks”.

Banchero Costa added that “during the week c. of Costamare were reported to be behind the purchase of two Kamsarmaxes en bloc George P and Egyptian Mike abt 82k blt 2012-2011 Guangzhou at USD 39 Mln. Three weeks ago Ocean Rosemary abt 82k blt 2013 Dalian (SS/DD due 04/2023) was reported at USD 24 Mln. In the Handy segment c. of Briese were reported to be behind purchase of a resale 39k under construction at Jiangmen Nanyang basis delivery June 2022 at USD 28.5 Mln. 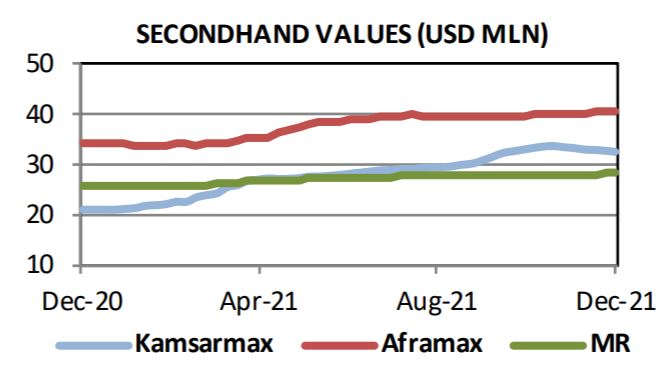