Global shipping’s fragmentation and the public’s less intense scrutiny of its emissions, along with its heavy debt burden and low margins, mean decarbonisation is a secondary issue for the industry, Fitch Ratings says. The sector’s environmental regulation is less mature than other transportation sub-segments, with a looser set of targets, while an existential threat to the shipping industry because of climate risks is remote given the sector’s role in world trade and the absence of viable alternatives. 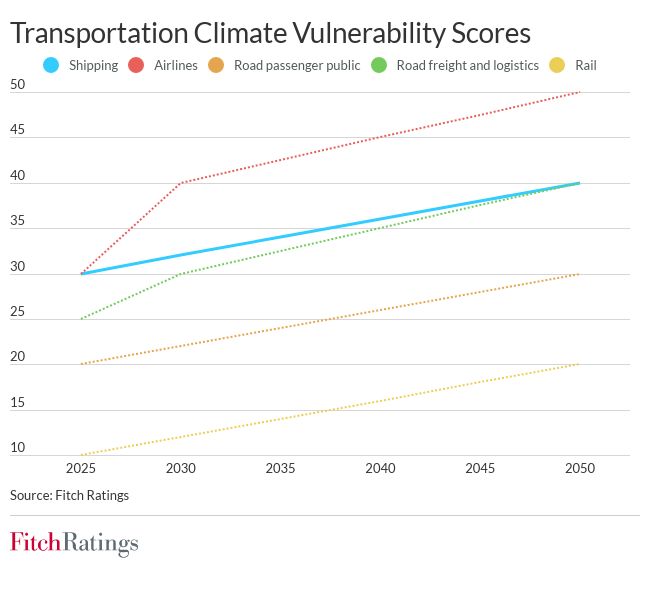 Seaborne trade accounts for 80% of global trade and will remain a fundamental part in the world economy, continuing to grow with no other commercially viable alternatives. International shipping accounted for around 2.9%, or 1,076 million tonnes, of greenhouse gas (GHG) emissions in 2018, which still makes it one of the least pollutive modes of transportation on a per tonne-km basis. We estimate shipping could contribute about 10% of global carbon emissions by 2050 under a business-as-usual scenario, assuming no adoption of new regulations that could affect energy efficiency or carbon intensity. 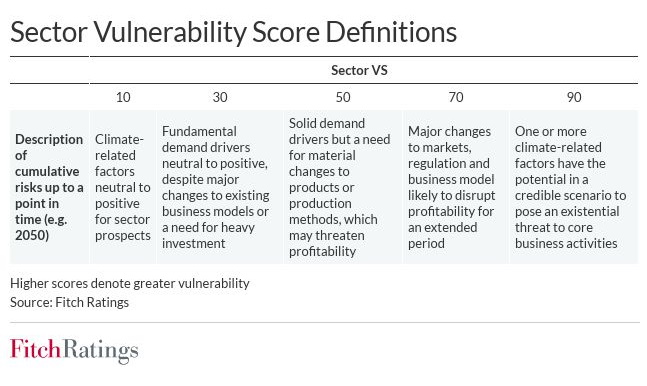 The industry is highly fragmented, with the top 10 shipping companies contributing less than 20% of total capacity globally and, along with the different sizes and types of vessels, this makes consensus about decarbonisation policies difficult. Moreover, achieving emissions reductions in the sector involves coordination across the value chain, from building and maintenance to fuelling and supporting infrastructure. Shipping companies operate with a heavy debt burden and low margins and are reluctant to invest into unproven technologies.

The International Maritime Organization (IMO), a UN agency responsible for regulating shipping, set out an initial strategy on reducing the GHG emissions in April 2018. However, IMO’s long-term decarbonisation target is not legally binding and does not outline an absolute CO2 emission reduction target. It aims to reduce GHG emissions by at least 50% by 2050, while reducing carbon intensity by at least 40% by 2030 and 70% by 2050, all compared to 2008 levels. This makes the IMO’s current decarbonisation plan more lenient than the Paris Agreement. Furthermore, the IMO has not implemented any market-based offsetting measure to fill the gaps in emissions curtailment until long-term solutions are found. 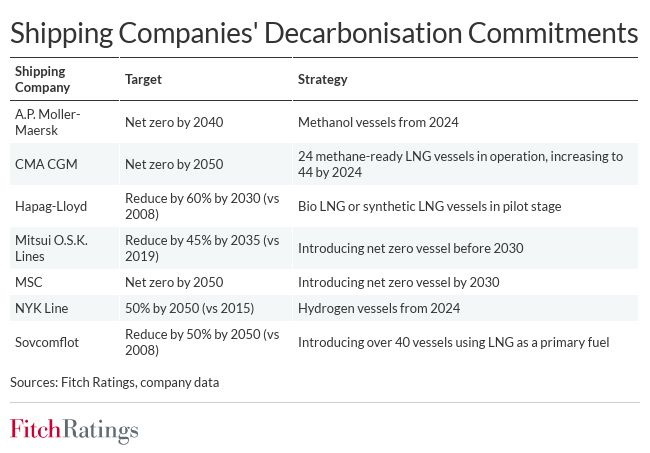 There are several ways that shipping companies could reduce carbon emissions, none of which is individually sufficient to achieve the IMO’s target. A successful transition to an alternative fuel may be the only viable solution to accomplish the target but this option is constrained by development cost, technology, fuel availability, infrastructure and onboard storage.

Numerous alternative shipping fuels are being considered by the industry, with liquefied natural gas (LNG) being the prevailing transition fuel. LNG emits 25% less carbon and 90% less nitrogen oxide than traditional heavy fuel oil, and no sulphur, but this is insufficient to meet the 2050 target. The next generation of alternative fuels for shipping are likely to be hydrogen or ammonia, although neither is commercially viable and they can only replace less than 50% of current marine fuel consumption.