Shipping in Peril From the Coronavirus Aftermath

The shipping industry as a whole is in dire straits, as a result of the negative impact from the Coronavirus. It’s not only freight rates which are crashing, but also other aspects of the industry, like for instance shipbuilding and shiprepair activity. In its latest weekly report, shipbroker Allied Shipbroking said that “with China and the world still trying to contain the effects and come to terms with the Wuhan novel coronavirus outbreak, the shipping industry sees freight markets in a complete state of collapse as demand gets paralyzed by the ensuing effects. As a general rule of thumb during the past decade, shipping markets tend to underperform when China’s economy is not at it’s best. China’s industrial might over the past two decades has helped drive the vast majority of demand for raw materials and resources. This reliance on the world’s second largest economy even seems sometimes to be almost absolute in keeping the freight markets afloat”, said the shipbroker. 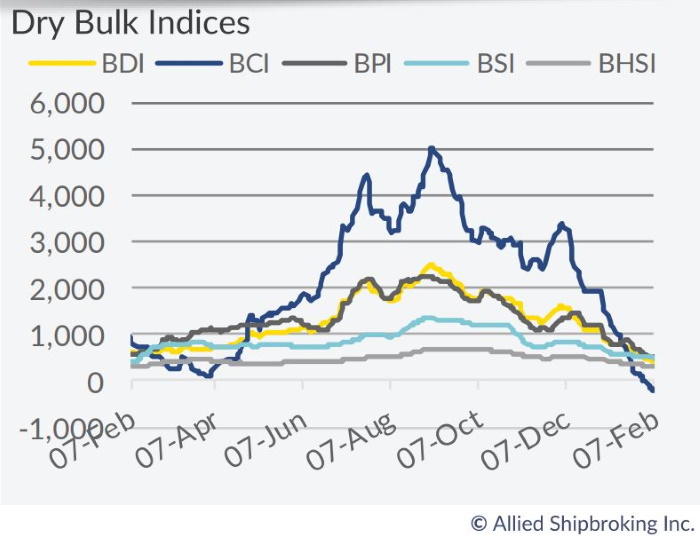 “It is therefore no surprise that the fears that have emerged of late as to the potential effects the outbreak of the coronavirus will have on China’s economy moving forward have left many to fear as to how well the shipping markets will be able to perform this year. The truth of the matter is that we have seen a major hit and correction noted over the past 1 ½ months in both the dry bulk and tanker freight markets, with the former having shown lows in some of its freight rate levels not even seen back in 2016. This sparks further worries, as the prevailing projections now are for China’s year-on-year economic expansion for 1Q2020 to well fall down to 4%, the slowest pace since China first started publishing quarterly figures back in 1992”, Allied noted. 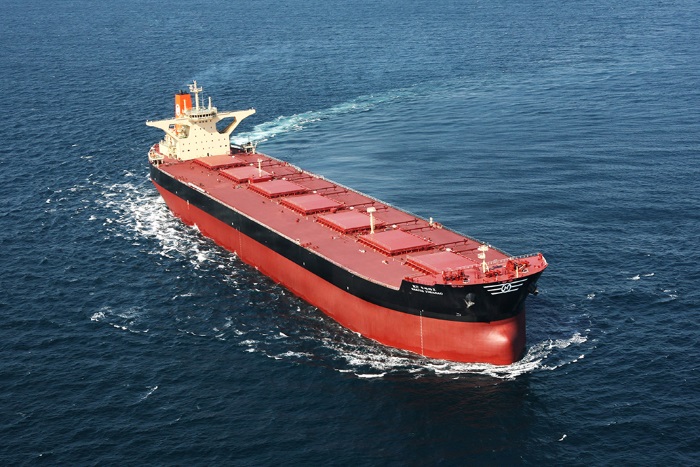 According to Allied’s Head of Research & Valuations, Mr. George Lazaridis, “all this however has not been limited to the freight markets as other commercial aspects within the shipping industry have also been profoundly affected. This has ranged from shipbuilding production, maintenance and repairs, crew changes, cargo loading and discharging operations (with many traders having issued force majeure notices) all the way through to sale and purchase activity, as we have seen difficulties in undertaking superficial inspections as well as delivery of vessels in regions which have been severely hit by the virus outbreak”.

Lazaridis added that “in terms of the sale and purchase markets, we are likely to see things take a further downturn over the coming days as the lack of activity coupled with the poor sentiment that is now seemingly overwhelming most in the market is likely to lead to a slower pace in buying interest. It would seem that even the few remaining buyers still actively looking into the market right now are more so keen to act on any bargain deals that could possibly emerge under the current circumstances rather than through a deep belief in strong market fundamentals, a fact in itself that pushes the view that we may well see some further price discounts down the line, especially in the dry bulk sector which has ultimately been the hardest hit up to now from the current market developments”. 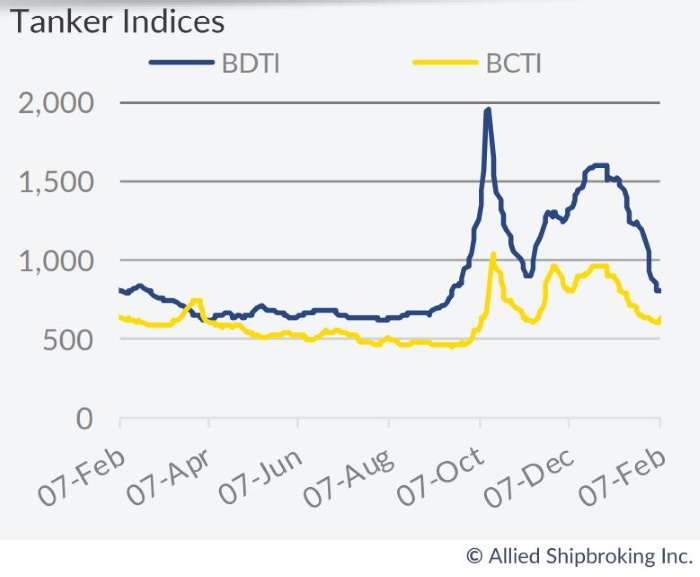 “Taking into consideration however that these recent market developments have been considerably intense within a short space of time and look to be temporary in their nature, the prevailing belief is that we will likely see a considerable recovery take shape at some point in the second or third quarter of the year. Given how “compressed” markets have been during the past couple of weeks, the “spring effect” (just as a spring releases it’s stored mechanical energy) may well be considerable and quick in nature. We are likely to see many traders in the market looking to recoup “lost” cargo volumes during the time period that follows the containment of the virus, while we may even see a considerable wave of stimulus emerge as the Chinese government looks to offset the negative effects of the outbreak. All in all it has become clear that the current events will further dampen this years results, yet we shouldn’t take the recent over-exaggerations of the market as the new market norm”, Allied’s analyst concluded.
Nikos Roussanoglou, Hellenic Shipping News Worldwide