The overall market sentiment in the shipping investment segment has been quite poor as a result of the COVID-19 pandemic. Deals are becoming scarcer and scarcer, as ship owners are scaling back on further investment. In its latest weekly report, shipbroker Allied Shipbroking commented on the newbuilding market that “despite some glimpses of improvement in the economic environment, after the re-opening of Asian markets and the gradual stabilization of the COVID-19 spread in Europe, sentiment among investors remains weak. Newbuilding activity has not escaped this trend, as uncertainty is still dominating the decision-making process of most market participants at the moment. We may have seen some new orders last week, but the majority of them were methanol carriers, project based investments which have been likely in the works for some time now. Fundamentals may not be so depressed as activity points out as of late, but as long as the current situation does not considerably change, we do not expect any surge in activity to take shape any time soon. However, we anticipate that once the COVID19 pandemic disruptions subside, a renewed interest could gradually start to take place, especially in the tankers’ segment, where longterm outlook remains relatively healthy”.

In a separate note, shipbroker Banchero Costa added that “Hong Kong Ming Wah ordered to China Jinling Shipyard the construction of 4 x 62,000 dwt multi-purpose units. These units will have the design of traditional bulk carriers but will be able to accommodate a wider range of cargoes: they will be built in Weihai for a price of $29.7 mln each with deliveries split between 2022 and 2023. Russia kept investing in the gas segment driven by the high rate of production of LNG generated by the Yamal Project. Novatek signed an agreement with the Russian shipyard Zvezda for the construction of 5 x 160,000 cbm LNG carriers: vessels to be dual fuel with deliveries between 2022 and 2025. In the wet segment, Hyundai Mipo received an order for the construction of 7 x 50,000 methanol carriers by a consortium of Owners (Marinvest (2), NYK (2), Meiji Shipping (2) and Mitsui OSK (1)). The vessels ordered will all go under long term charter to the Canadian company Waterfront Shipping; vessels to be delivered probably within 2023 and the price apiece was $42 mln which amounted to $294 mln for the seven units”. 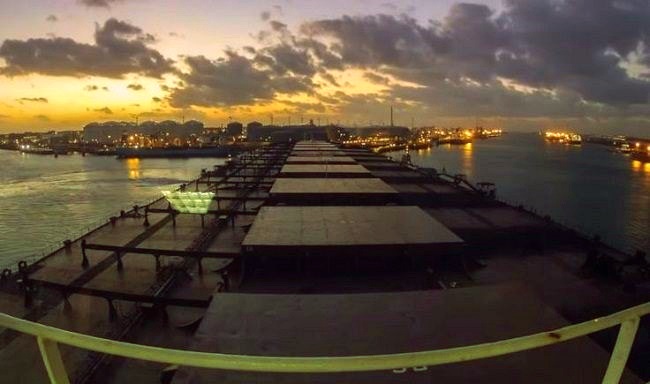 Meanwhile, in the S&P market, Allied Shipbroking added that “on the dry bulk side, another negative week in terms of activity noted, with appetite struggling to hold at “fair” levels. Given the current circumstances and the Covid-19 pandemic weekly escalation, experiencing even the slightest movement, adds a glimpse of optimism in a market that is under considerable pressure for some time now. All-in -all, with the overall uninspiring state of the SnP market for the time being, we can’t hope for a robust upward momentum being portrayed in sales volume or prices any time soon. On the tankers side, the scene was sustained at rather modest transaction levels this past week. The main drive seems to have been the firm appetite for VLCC units, a situation attuned with the recent trends noted on the side of earnings. However, given the unpredictable effect on global markets the Covid-19 pandemic is having, it will be of little surprise if we experience several “quiet” periods in the SnP market too during the upcoming weeks”.

Banchero Costa added that “in the tanker market the Japanese owned VLCC “YUGAWASAN” 302,000 dwt built in 2005 at Mitsubishi received several interests and ended up with Dynacom, Greece at approximately $33 mln. A bloc of 3 x Chinese VLCCs “NEW CORAL”, “NEWS CREATION”, “NEW TALISMAN” built in 2010, 2009 and 2009 respectively emerged being on subs (although we understand same been tied up very late 2019) at $43 mln each. In the dry market, in the Panamax segment mv “BETTYS BEAUTY” 76,600 dwt built in 2006 at Sasebo went to Five Ocean, S. Korea we understand against a CoA which justifies a level slightly above current market. 3 x Supramax bulkers changed hands: mv “IVONNE” 56,000 dwt built in 2008 at IHI was sold at $9.5 mln to Vietnamese buyers, mv “KINGFISHER” 55,000 dwt built in 2009 at Kawasaki was sold to Tanto Lines for $10 mln and the Chinese built mv “NOVA GORICA” 53,000 dwt built at Dayang was sold at $7,2 mln. bank driven sale”, the shipbroker concluded.
Nikos Roussanoglou, Hellenic Shipping News Worldwide

Previous: Qatar to postpone $8 bln of contracts from projects due to coronavirus
Next: Tanker Market Rates 08/04/2020