Shipping Routes Are Being Redrawn, While Payments Could Soon Be Done in Non-Dollar Currencies

The war in Ukraine is already upsetting global shipping and the economy, as new routes are being drawn to compensate for the loss of cargoes from Russia and Ukraine. At the same time, we could be headed towards the limiting of dollar’s dominance as the preferred currency for most – if not all – international shipments. In its latest weekly report, shipbroker Intermodal said that “five months after the 26th UN Climate Change Conference of the Parties (COP26) set a target to reduce emissions by accelerating the phase out of coal and other fossil fuel, Russia’s attack in Ukraine has caused an unprecedented supply disruption and a price hike of the energy, food and metal commodities; this is on top of the energy-shortage we expected six months ago”.

According to Intermodal’s SnP Broker, Mr. Theodore Ntalakos said that “Europe is very dependent on Russia for its energy needs, it’s Russia’s biggest energy buyer. Europe accounts for about 50% of Russia’s crude oil exports and about 75% of Russia’s Natural Gas. Therefore, combined with all the sanctions imposed on Russia, Europe will experience shortages, supply chain disruptions, higher prices, slower growth, hits to employment, leading to an economic slow down; if it persists, it will lead Europe into recession and will have a spillover effect in the USA, China and pretty much all over the world”. 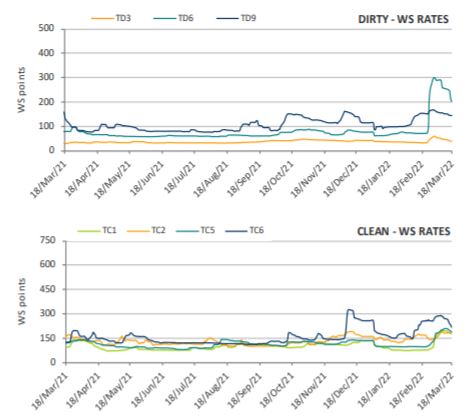 Mr. Ntalakos noted that “for China, the sanctions on Russia, will, if not already, have a significant impact. China apart from its multibillion gas purchases every year, is also Russia’s largest coal buyer and Russia accounts for 15% of China’s coal imports. Although coal inventories are high and an upcoming seasonal dip – in its use for heating – mean China can afford to reduce imports for now, any prolonged supply stop from Russia is a big concern as Beijing maintains a ban on coal imports from Australia and the major supplier Indonesia, who accounts for 70% of China’s coal imports, this year imposed new export limits. Currently, almost all contracts are US Dollar denominated i.e. there is no way to make payment, however in a prolonged situation there will be discussions with Russian exporters about paying with Renminbi”. 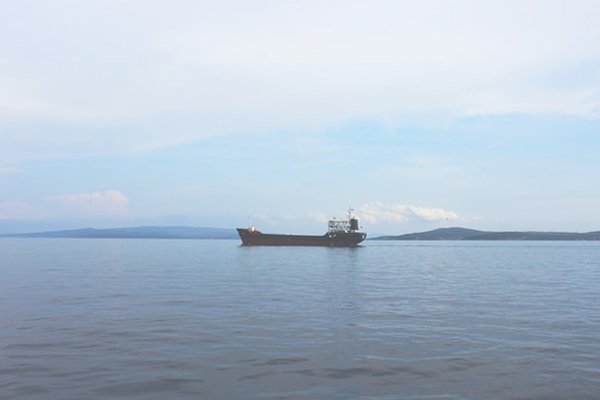 “On a similar move, several press reports say that Saudi Arabia is in active talks with Beijing over the last week, to price some of its oil in Renminbi. This discussion has been going on for the last five years, but has recently become more relevant. Such a move would put a major hole in the US Dollar dominance of the oil market and a shift of the global financial status quo. With such a move the Saudis, apart from showing their discontent with US policy over the last decades, they want to be ahead when China tells them that when they trade with Russia, they do so in Chinese Yuan, so they will import more oil from Russia than Saudi Arabia. Furthermore, just like in all cases of political instability or conflict, there is also a major concern on the other critical and fundamental market, the food market. Russia and Ukraine combined account for more than half of the global sunflower oil trade and about a third of the world’s wheat supply. Many of the developing countries that have huge dependence on Ukraine and Russia will be affected the most since they will experience soaring prices. China did not depend on Russia so much and has just last month announced that they have relaxed restrictions on imports of wheat, so going forward the agreement between Russia and China provides the former with a buyer at a time when exports to other countries are complicated by sanctions and other disruptions”, Intermodal’s analyst noted.

“At the moment, coal imports from Far East Russia need to be replaced, this means rising freight costs with shipping charges already substantially higher from Indonesia and South Africa. Wheat imports from African and Middle Eastern countries will also need to be replaced. Countries like Canada, Australia, Germany, and France will come to replace some of it. As we speak a lot of container vessels are waiting or rerouting, as ports in the Black Sea are closed, and the world’s biggest shipping companies like Maersk, MSC, ONE, Hapag Lloyd among others are suspending shipments to and from both Russia and Ukraine giving the global supply chain, still bottle-necked from the pandemic, another hurdle, more like a blow, and sending shipping rates sky. High”, Mr. Ntalakos concluded.
Nikos Roussanoglou, Hellenic Shipping News Worldwide