Shipping shows its heart, closing in on £2 million raised for new treatments for seriously ill children

The international shipping industry is close to achieving a remarkable milestone by raising £2 million ($2.5m) to support research into new treatments for cancer and immune system problems at Great Ormond Street Hospital (GOSH) in London.

The OSCAR Campaign at Great Ormond Street Hospital was named after Oscar Parry, the son of Phil Parry – chairman and founder at maritime people experts, Spinnaker – after Oscar received life-saving care from GOSH at an early age.

The core of the funding has come from the generous support of the international shipping industry, culminating each year in the OSCAR Dragon Boat Race, this year held as part of London International Shipping Week – on Friday, September 13th – with sponsor opportunities still available.

Commenting on closing in on the £2m milestone, Phil Parry said:

“Shipping is an industry that perhaps has a reputation for being a little cutthroat at times, but the OSCAR Campaign has shown that it is also a generous one. This year we have 28 teams taking part, which includes many shipowners, P&I clubs and law firms. When we started out with the OSCAR Campaign, I genuinely could not have imagined raising so much.

“I’m very grateful to GOSH but also to the shipping industry. Thanks to the pioneering work of the bone marrow transplant team at GOSH, Oscar is now 20 and the shipping community is helping to save the lives of other children by funding research to find new treatments for children with previously incurable diseases.”

Professor Paul Veys, the head of the Bone Marrow Unit at GOSH added:

“Funds from the OSCAR Dragon Boat Race has enabled GOSH to extend its research into cell therapies.

“Without this extra funding from shipping, we would be unable to cope with the research demands placed upon the bone marrow unit by the rapid expansion in the conditions which respond to bone marrow transplants and other cell therapies.

“Hitting the £2m milestone and continuing to raise significant funds year after year is critical to our work.”

“Last year, we sponsored the coffee cart at the OSCAR Dragon Boat Race but this year we’re delighted to be donating a £150 theatre voucher for each of the rowers of the winning boat, as well as making a £1,000 donation to the charity.

“The afternoon is fun and full of comradery as teams pull together to support a very worthwhile cause and it’s a pleasure to be a part of this fantastic event.” 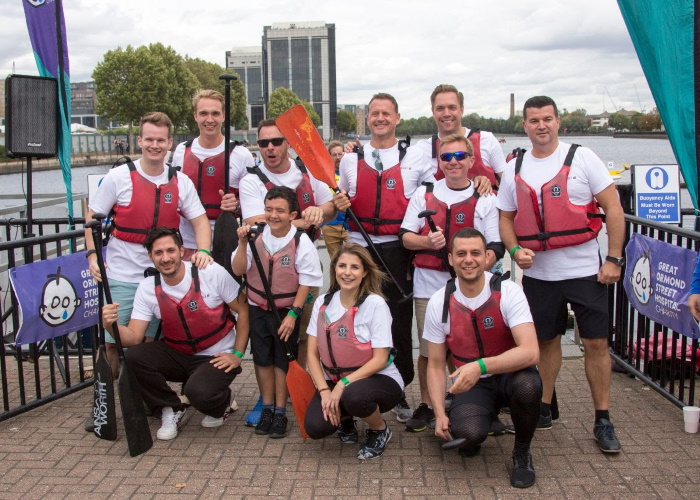 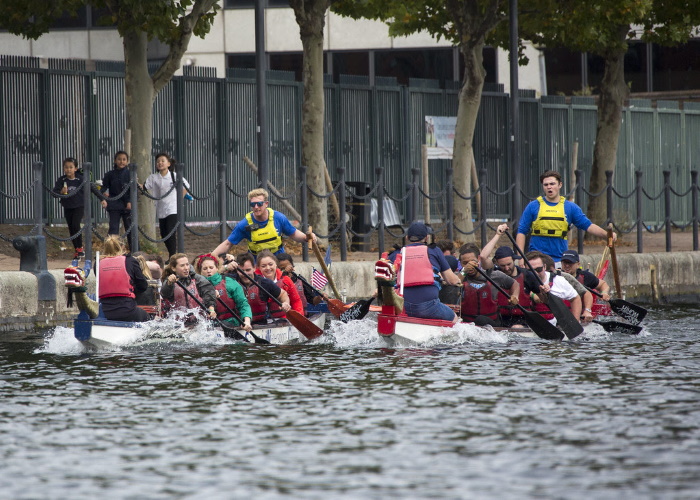 OSCAR and Great Ormond Street Hospital
The OSCAR Campaign supports treatments and research within the bone marrow specialism at Great Ormond Street Hospital for Children. The Campaign is named after Oscar Parry, who received life-saving care from GOSH when he was very young. Oscar endured two forms of leukaemia, two bone marrow transplants, the first ever childhood mesenchymal stem cell transplant in the UK, more than 100 blood transfusions, five brain haemorrhages and five years of chemotherapy. Thanks to the pioneering work of the bone marrow transplant team at GOSH, Oscar is now 20 and the shipping community is saving the lives of other children by supporting more new treatments for children with previously incurable diseases.
On the surface, GOSH is a normally-funded NHS hospital but beneath the surface, it’s a world-leading living breathing research laboratory which treats – and saves – the sickest children from all over the globe. It does this thanks to its ability to hire the best people and to invest in its work. This is all thanks to the charitable funds it raises from supporters all over the globe.
According to Phil Parry, Chairman of maritime people experts, Spinnaker, and Chair of the OSCAR Campaign, “It’s the international aspect of GOSH which lends itself to partnership with the shipping industry. Despite the fact the OSCAR Campaign was set up during a terrible shipping recession, the industry has responded as I hoped it would… and then some.”