In the aftermath of the shocking attack on two tankers in the Gulf of Oman, shipping analysts and brokers are expecting the maritime industry to sit tight and wait for further developments and reports on the incident in the days to come, before deciding its future stance on the issue. In its latest weekly report, shipbroker Gibson said that “with US sanctions on Iranian crude exports now in full flow, Iran’s oil revenues are in quick decline, with sources quoting that they are already lower than under previous sanctions in 2012. As such, the policy to choke Iran of exporting crude seems to have had the desired effect. However, attempting to track any Iranian vessel movements has become very challenging, with most tankers having AIS transponders completely switched off”. 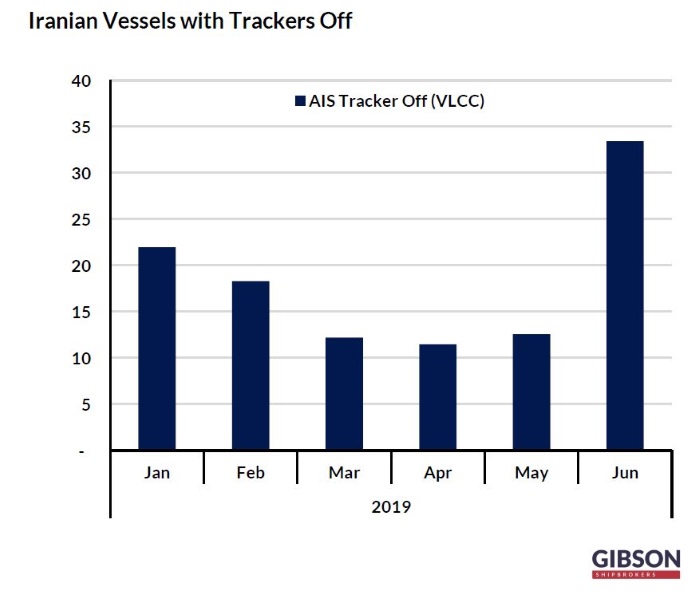 Gibson added that “statistics from Kpler show that Iran loaded for export over 0.8 million b/d in May, down from over 1.2 million b/d in April. Previously, most of the country’s crude was shipped to China, with the commodity tracking company reporting that over 900,000 b/d was discharged into China in April but just 330,000 b/d was unloaded in May as sanctions came into effect. However, these are just the statistics that we know of and can make a reasonable assumption due to vessel tracking. The latest AIS data shows that approximately 33 Iranian VLCCs have their AIS trackers completely switched off, a massive increase from just 12 units in April, just before the expiry of the US waiver program. The vessels with their transponders off could be just sitting idle or involved in storage or may well continue trading. On a few occasions in the past, we have observed NITC tankers offloading their cargoes via the STS transfers. However, as US ups the pressure to block Iranian crude trade, it is highly likely that Iranian tanker floating storage is on a rise. Others share a similar view. Argus Media has recently estimated that floating storage jumped from 7 million barrels to 20 million barrels last month. An increase in floating storage generally is a positive development for the tanker market. However, Iranian crude trade is a closed market, with the NITC tankers shipping only Iranian crude and absent from the international trade”. 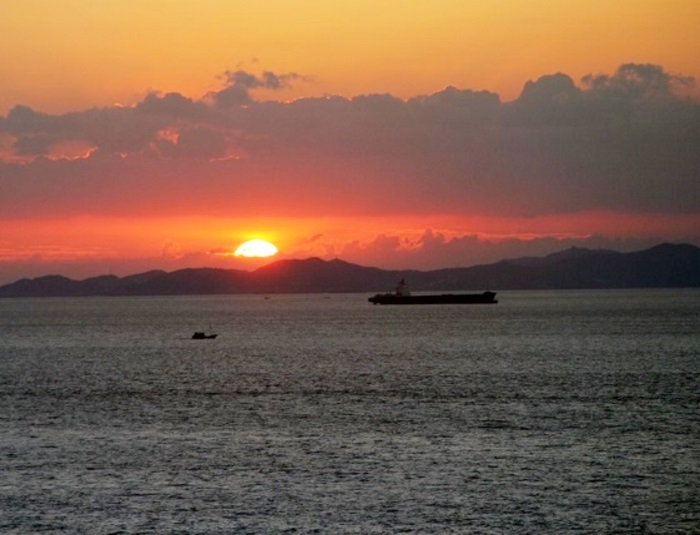 According to the shipbroker, “beyond current trade issues with Iran, the latest tanker incidents in the Gulf of Oman took center stage not only amongst those in the shipping community, but internationally, putting the world on alert about possible supply disruptions coming out of the Middle East. Speculations are running high that tensions between Iran and United States could stoke further after the US Administration again pointed the finger at Iran for the alleged attack. Reuters reported that two prominent tanker owners stated that they will reject any bookings for the time being for vessels loading in the Middle East Gulf. However, so far tanker markets have failed to react. The benchmark VLCC route from the Middle East to China (TD3C) closed on Baltic Exchange yesterday at WS38.65, just one WS point higher versus the previous day. In the product tanker market, freight rates actually fell, with charter costs for 75,000 tonnes and 55,000 tonnes clean shipments from the Middle East to Japan down by 1-2 WS points over the same period of time”, Gibson said. 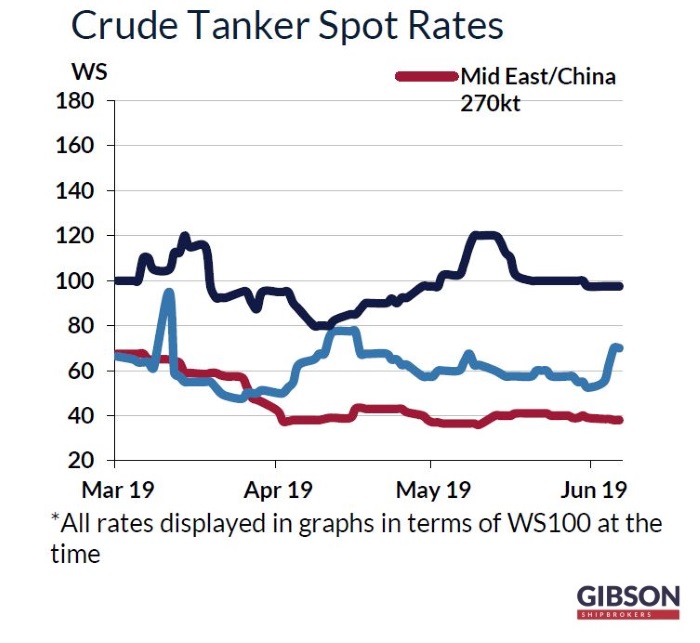 “However, the current situation is likely to evolve in the days ahead and the picture will become clearer. As one of our brokers has so eloquently put it – “If in doubt – do nothing”. A strategy which it seems likely will be commonplace amongst the shipping community over the coming days. Nonetheless, the latest events without doubt do affect us all”, Gibson concluded.