Ships’ Demolition Market Is About to Change Modus Operandi

While for much of the year, the focus has been on what ship owners will do with their older ships, the demolition market is now undergoing a structural shift, after the inclusion of yards in the European Union. More specifically, as shipbroker Clarkson Platou Hellas noted in its latest weekly report, “the European Commission has updated its list of approved ship recycling facilities in line with the new rules that come into force in 2019. The latest version of the list, now published, contains a total of 26 shipyards, including 23 facilities located in the European Union, 2 facilities in Turkey and 1 facility in the USA. This is obviously interesting as, up to now, only yards in the EU have been included on the list and this announcement could give encouragement to those yards recently inspected/visited in Alang, WC India by the EU”. 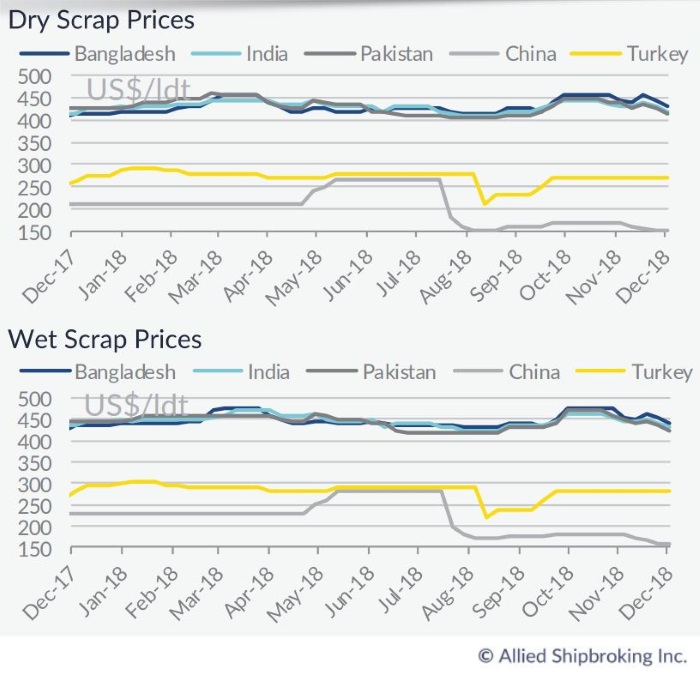 According to the shipbroker “with the authorities having now approved yards from outside the EU, hopefully some positive news could be provided for those Alang recyclers anxiously awaiting the outcome of the recent inspections of their yards. This latest list includes International Shipbreaking Limited in Brownsville, Texas, United States and two yards in Turkey operated by the LEYAL Group and many congratulations must be given to these yards for their impressive achievement. In what has been a turbulent week globally for stock markets and steel prices, the recycling world seems to be resisting a sudden price drop. However, sentiment at the waterfront in the Indian subcontinent remains subdued, not knowing which direction the market will turn and whilst a lack of new units circulated to the market should help, the main problem is that several cash buyers have a vast amount of inventory in their hands ready to sell to the local yards but price levels are not supporting their over inflated acquisitions, therefore these cash buyers have a dilemma in hand as to whether they hold on to their tonnage or resell now at a loss. It seems the USA/Chinese trade war uncertainty continues to hang over financial/commodity markets and many reports suggest the Chinese steel mills are becoming competitive in exporting Chinese steel billets globally which could possibly have a negative effect on domestic steel price levels. Let us hope we do not see a return of the flooding of the cheap Chinese steel billets previously experienced in 2015!”, Clarkson Platou Hellas concluded. 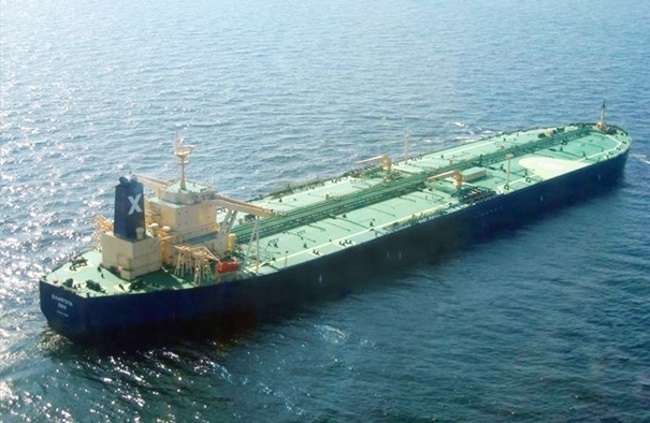 Meanwhile, in a separate report, shipbroker Allied Shipbroking said that it was “a rather interesting week for the ship recycling market, with activity showing an upward trend as of late. Once again, we are witnessing units being concluding at relatively firm levels, on “as is, where is” basis, despite the overall seemingly conservative attitude being shown by most end buyers and the excess tonnage inventory remaining unsold. At this point, Indian buyers have taken the lead, with a keen interest for higher spec units, and despite the turbulent scene they face in terms of both their local currency and local steel plate prices. All-in-all, given the blurred view in the Indian Sub-Continent, with no straightforward trajectory, we may well continue witnessing periodical ups and downs in activity. Moreover, given the good sentiment in respect to the freight market, offered numbers have to sustain themselves, if they are to entice owners of vintage units to consider an earlier retirement of their assets”. 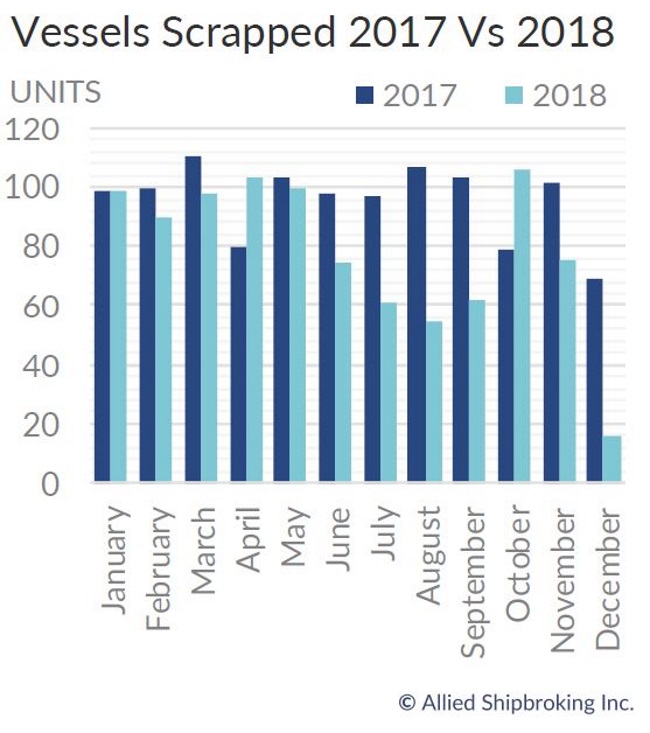 GMS, the world’s leading cash buyer of ships added that “ship recycling markets remained stretched this week – both with the supply of pricey unsold Cash Buyer tonnage, as well as local offerings that seem to be arrowing downwards. However, there have paradoxically been a number of fresh deals this week, not only at lower overall levels, but also a few spectacularly priced fixtures of specialist vessels, as owners remain determined to shed some of their aging tonnage before the year-end. Bangladesh continues to be the market of the moment, continually absorbing much of the tonnage even though L/Cs (particularly on the larger LDT vessels) remain a major issue for Chittagong Recyclers and Cash Buyers alike, given the ongoing lack of U.S. Dollars in the country leading to strained credit lines for most banks and in turn, local Recyclers. India continues to display its share of volatility, both in local steel plate prices as well as the local currency, which has now started to decline against the U.S. Dollar as it breached the Rs. 71 mark once again. Unable to compete with Bangladesh for regular market tonnage, it is the uptick in the supply of green and offshore units that have been the main diet for Alang Recyclers who have managed to secure their share of deals, even at their lower levels. The Pakistani market remains marooned well behind their subcontinent competitors and as cheap Iranian and Chinese product continues to flood this market, there seems to be little hope for any type of recovery or sustained buying (despite mostly empty plots) for the remainder of the year”, GMS concluded.