Ships’ Prices Will Come Down

Ships’ prices are bound to retreat in the coming weeks, under pressure from a global economical slowdown and the negative impact it will have on shipping. Amid this development, shipbroker Intermodal expects new investment opportunities to arise for bold owners. In its latest weekly report, the shipbroker said that “despite we all knew about the Covid-19 weeks ago, few could realize the size of the thread until the last few days. The examples of China and Italy weren’t enough to prepare us for what we would face. While strict measures are taken around the world in order to limit the spread of the virus, it is also crucial that each of us individually takes every precaution so that we can effectively face this invisible enemy. In light of this enemy, stock markets, trade and every business activity as we come to know it, have all started to collapse, affecting even more the global economy to new lows”.

According to Intermodal’s SnP Broker, Mr. Konstantinos Kontomichis noted that “the shipping industry was inevitably affected as well. In the dry bulk market we have been experiencing a bad period since Q4 of 2019. The seasonal slowdown that started since Christmas and extended up to the end of the Chinese New Year along with the IMO regulations left no room for a strong Q1 in 2020. Initially, the virus outbreak reduced the trade and rates in the Far East. The collapse of the Capesize market was so severe though, that on 31st of January the index turned negative. BCI levels remained negative, reaching -355 points on 12/03/2020. The rest of the dry bulk indices kept facing pressure, while the BDI showed resistance just over the 400 point in the beginning of February”. 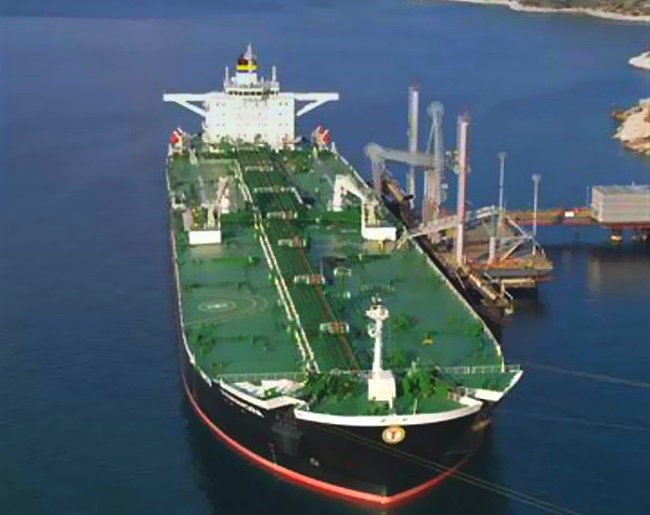 He added that “two weeks ago, the injection of fresh cargoes in the Atlantic coupled with a reported slowdown in new Covid-19 cases out of China resulted in a shy improvement of sentiment. Up until then, SnP activity followed a similar pattern and gave us glimpses of hope. The low indices reminded us a lot the period Q4 2015-Q1 2016. Asset values also began to decline, but by no means to the same extend they did in 2016. Many buyers, especially in the Middle East and the West started to show interest for ships built 2005 onwards. Since the beginning of March we have also seen Far Eastern buyers showing interest for vintage Handysize loggers, Supramax and Panamax vessels with the majority of these buyers being Chinese. The quarantine regulations in some airports and ports worldwide led to huge difficulties for owners that wanted to arrange pre-purchase inspections, while delays were also observed in taking delivery of vessels. Naturally, many prospective buyers changed their mind and decided to wait until after there is more clarity regarding the current situation”, Kontomichis said.

However, “the last days’ events have significantly frozen buying interest since the negative sentiment widened and partly confirmed fears of further market declines and falling asset prices. Under the current circumstances, it seems that new buying opportunities will arise. Buyers still clearly have the upper hand since the supply of secondhand vessels is steadily higher and freight rates still shaky. Despite the difficulties that every person encounters, we all have to keep moving forward. My wish to everyone is to remain strong and supportive towards their loved ones and we will come out of this much stronger. I would like to finish with one quote; “When it is dark enough, you can see the stars”, Charles A. Beard”, Kontomichis concluded.
Nikos Roussanoglou, Hellenic Shipping News Worldwide