The ships’ recycling market started 2021 rather strongly. However, as things stand, some of the momentum built has gone, which could be an indication that some fluctuations could be on the cards. In its latest weekly report, shipbroker Clarkson Platou Hellas said that “the market appears to be fluctuating daily ensuring that some cash buyers need to tread carefully when offering for tonnage, particularly the larger ldt sized units, as reports from the waterfront once again show that the recyclers are questioning the numbers some cash buyers are purchasing tonnage for. Whilst the Indian and Pakistan markets remain stable, there has been a slight softening from the Bangladeshi market, nothing too dramatic, but possibly returning numbers back in line with their counterparts from Pakistan and India”.

According to Clarkson Platou Hellas, “the market appears to be dragging its feet somewhat at this precise moment and despite the aggressive offers seen in the market, the lack of supply remains insufficient to satisfy the recyclers demand. In the present climate, indications show that activity is limited to one or two cash buyers only with the majority not willing to over speculate, particularly in view of the recent well documented issues encountered by some cash buyers over the last twelve months. Further difficulties are once again being placed on ship deliveries with more countries placing strategic lockdowns following the increased Covid-19 infection rate globally and therefore, cash buyers are once again juggling crew arrangements to try to satisfy Owners who will only sell any of their vessels ‘as is’ basis outside of the Indian sub. Continent”, the shipbroker concluded.

In a separate note, Allied Shipbroking added this week that “the impressive start of the year seems to have lost some steam during week 2 of 2021, with fewer transactions emerging and less interest from owners to offload their vintage units. This is particularly intense in the dry bulk and containership markets, where freight rates have been following a rising trajectory of late. However, the rising demand for steel from China and other nations has increased appetite amongst breakers and thus we may see an attempt to attract more units take shape in the coming weeks. The majority of reported deals this past week seemed to have gone to Bangladesh.

The local players their have retained their top position for yet another week, with attractive prices being the key factor (albeit at slightly lower levels compared to the week prior). In India, we may not have seen any fresh transactions take shape this past week, but enquiries have started to ramp up recently and therefore we expect some action to be seen soon, especially as offered prices still remain attractive. In Pakistan interest has also started to show signs of revival, but as of yet we have not seen this materialize over to actual figures. Given though that domestic scrapyards are planning to try attracting more sellers over the coming weeks, more deals are likely to be witnessed sooner or later”, Allied concluded. 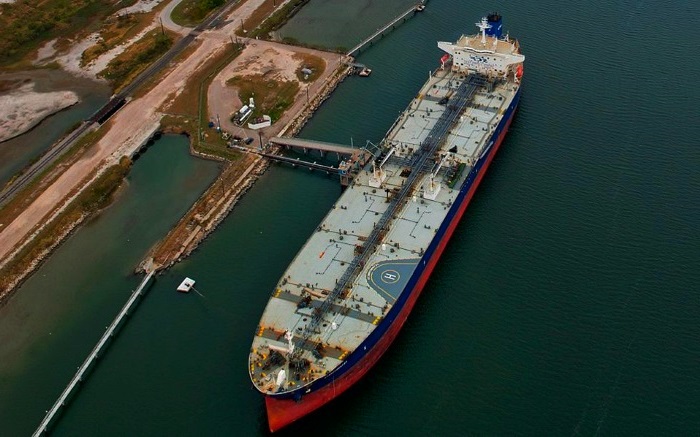 Meanwhile, in another report this week, GMS , the world’s leading cash buyer of ships, said that “just as quickly as the markets came up over the last month or so, they have declined just as fast and sharply over the last couple of weeks – particularly in Bangladesh, which has essentially lost all of the pricing ground that this market had gained recently, in shocking and unexpected reversals this week. China continues to import scrap steel from the sub-continent markets, with the ban on iron ore imports from Australia still in place. Yet, Chinese steel prices have firmed by nearly USD 35/Ton this week alone, while plate prices in all sub-continent locations fell during the same time. It indeed appears as though steel mills in Bangladesh have been reacting to the higher prices observed over the first few weeks of the year, by lowering demand overall. As such, the aggressive buying of the previous weeks in Chattogram has almost entirely disappeared, with most End Buyers preferring to wait-and-watch market developments instead, especially before offering on new tonnage at some of these overly high numbers being asked on proposed units.

This has subsequently left several Cash Buyers holding some of their high-priced inventory once again, and they will certainly be hoping for offers to bounce back to somewhere near previous levels, in order to simply break even on their units. Moreover, it is also evident that many End Buyers have booked themselves with decent tonnage and some of the post New Year demand has therefore started to subside. On the Western end, even plate prices in Turkey have started to soften, with local steel levels and even steel imports retreating this week. As a result, local offerings too have retreated, with Local Recyclers offers on proposed tonnage, being about USD 5/MT lower. Meanwhile, dry / cape charter rates have also started to expectantly cool off as we approach the Chinese New Year. We therefore anticipate a steady supply of tonnage for recycling for the remainder of this year, particularly for those vessels due for SS / DD and BWTS installations, GMS concluded.

Previous: LNG market riding high, but will the gains continue?
Next: Rapid growth in China post-COVID makes it ripe for investment