An upwards pricing trend in the demolition market, could trigger more tonnage sales towards recycling yards. In its latest weekly report, shipbroker Clarkson Platou Hellas said that “it feels like the recycling market has brought gifts to the shipping industry as the New Year heralded in with dramatic price indications upwards by some USD 30/ldt from the ‘pre-Christmas’ levels. Several factors appeared to have created this fresh enthusiasm with ever-emptying recycling yards creating fresh and increasing demand from the recyclers, supported by the global steel markets (subsequently, having a knock-on effect in the domestic mills) which are rallying and providing a bedrock for the current market that industry stakeholders feel could continue to support until the Spring. Although as has been the case for eighteen months now, we are yet to see a glut of tonnage come for sale as spot markets across the dry and wet sectors remain volatile but not depressed enough for Owners to dispose of their vintage units yet. However, it seems to be only a matter of time as current recycling price levels may become increasingly attractive for Owners to look to the market as they creep up on second hand rates – certainly, north of the USD 450/ldt numbers can be expected based on todays’ sentiment. 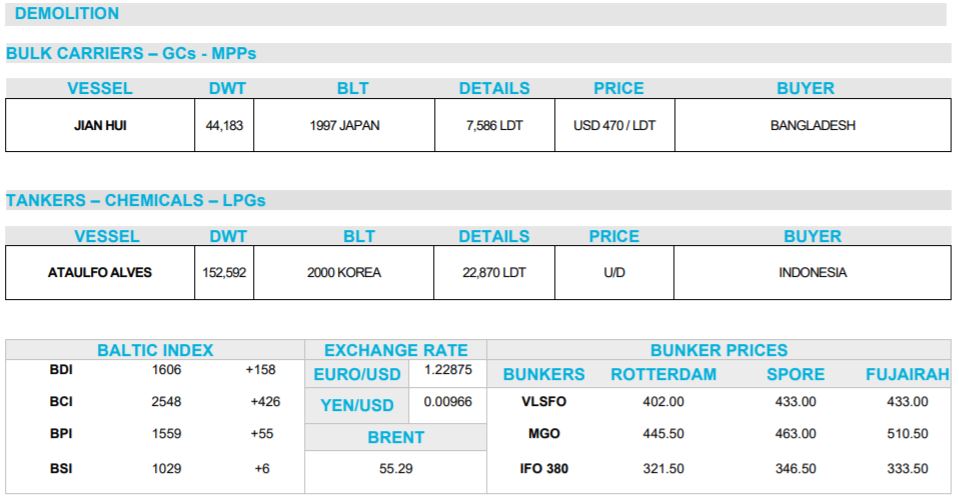 The ever changing ‘Green’ landscape of the wider shipping industry will also start to provide a supply of vessels as the IMO regulations across BWTS and Scrubbers will surely start to entice Owners towards recycling due to the large cost of retro fitting their units. It is early days into 2021, but there is optimism as to market sentiment for recycling. 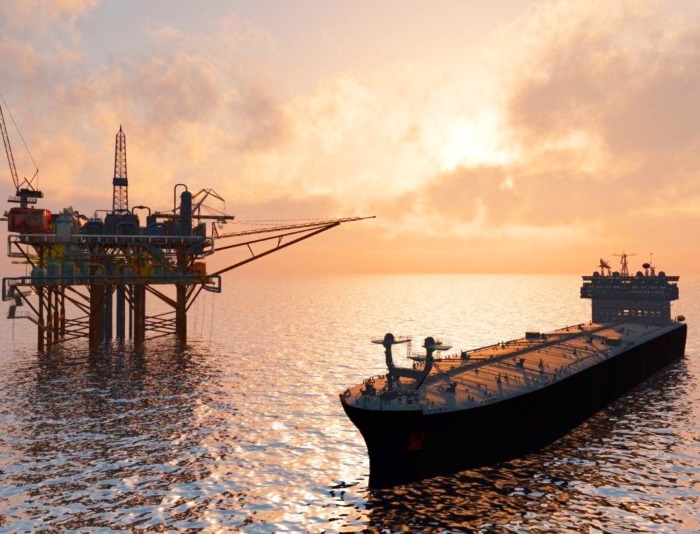 In a separate report last week, GMS , the world’s leading cash buyer of ships, said that “it has been an excellent start to 2021 for the international ship recycling industry, as steel gains have pushed the markets on again, particularly in a resurgent Bangladesh, which tops the leaderboard by some distance and for another week. Following the ban on iron ore imports from Australia, China has started to import scrap steel from international markets once again and this can be partially attributed to some of the stunning rates on show. The roll out of Covid-19 vaccines across the world has also brought some optimism back to global markets as well, even though the virus continues to surge in the U.S., U.K. and other parts of Europe.

That we may be over the worst of this pandemic cannot be said though, with record cases and deaths still being witnessed with this new more transmissible strain in the U.K. (in particular). It will certainly take some time before a relative sense of normality begins to return, particularly when it comes to travel, quarantine, and potential delays on ‘as is’ take overs of vessels. Demand remains good across all locations, and as we head over the USD 450/LDT mark, many owners are now tempted to sell for recycling, despite some impressive charter rates being seen in different sectors. How much longer some of these firmer rates last, remains to be seen. However, with BWTS set to be installed on a whole raft of vessels, expect another busy year in recycling markets”, GMS said.

Meanwhile, in an earlier note last week, GMS  had commented that “the onset of the pandemic certainly had a dramatic and devastating impact on the shipping industry the world over, not least the ship recycling sector, where vessels became stranded, steel prices crashed by about USD 150/LDT, and numerous deals subsequently failed. From those lows, recycling markets have made a strong recovery as Q3 / Q4 came around, finishing the year trading above USD 400/LDT levels once again and back to the peaks seen at the onset of 2020. The year had started with a plethora of containers for recycling, only to finish with a remarkable resurgence for the container sector and a focus on Capesize Bulkers, VLOCs and tankers set to come in the new year, thanks to declining charter rates over the course of Q4 in these particular sectors.

There has of also been a steady supply of offshore assets this year, but it is expected to be a year for mostly Dry Bulk and Tankers in 2021, such have been the improvements seen on containers. So, as another week and volatile year comes to a close, the industry will be looking forward to a 2021 filled with success in combating Covid-19, so that life can resume with some form of normality as far as that is possible, especially given the current times. Finally, GMS recently announced our next Thought Leadership article titled “How the recent NGT verdict is going to facilitate Sustainable Ship Recycling in India”, the report concluded.
Nikos Roussanoglou, Hellenic Shipping News Worldwide