With freight rates in the dry bulk market now at a seven-week low, after the rally of the past few months, hopes are beginning to revive of a recovery in the ships’ recycling market, which has just exited from one of the quietest summers in recent years. In its latest weekly report, shipbroker Clarkson Platou Hellas said that “with the summer now coming to a close on what has been one of the quietest in recent memory, it is hoped that a return to normal market activity is just around the corner. We have started to see more enquiry from recyclers, as they start to ask questions for tonnage and generate the market once again which may finally result in suitable bids being tabled. This is an encouraging sign from the waterfront which we haven’t seen over the course of the summer, where breakers are now reportedly actively seeking tonnage, however it may be some time before prices react positively following the continued depressed local steel rates. Though, hopefully Owners may start to take notice of the improved appetite that is seemingly appearing and will start a trickle of vessels into the market. This should entice Owners to make a decision to sell for recycling on any of their vintage assets as we enter Q4 and they become a year older”. 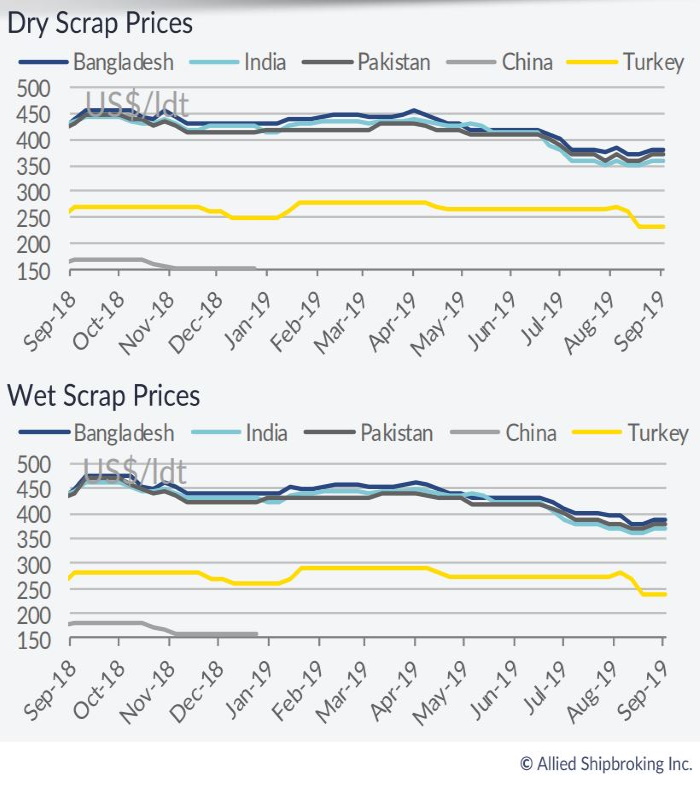 In a separate report, Allied Shipbroking added that “some signs of revival have been seen of late in the ship recycling market with the inactivity that was prevailing in the market during previous months leaving several scrapyard line ups empty. Given that some fresh tonnage has been sold to Indian Sub-Continent yards recently, sentiment has started to improve in the market. On the other hand though, the positive momentum noted in freight markets are limiting the interest by owners to proceed with recycling of their units at the moment. In Bangladesh, offered prices have started to move upwards after several weeks, in hope attracting more tonnage, after a disappointing summer period. However, activity has remained subdued so far. Meanwhile, things have started to stabilize in India, with demand being improved after a rise noted lately in both offered prices and local currency movements. This is expected to be translated to further transactions during the following weeks. In contrast, activity in Pakistan seems to be far from any rebound, unless significant measures can be taken from local authorities in order to make the industry more competitive again”. 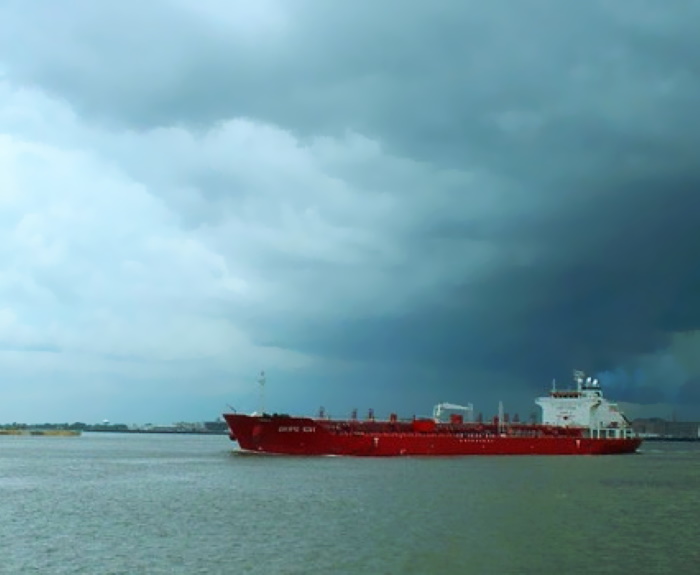 Meanwhile, in its latest weekly report, GMS, the world’s leading cash buyer of ships said that “Subcontinent markets finally appear to be turning positive as nearly all locations posted some gains off the back of settling steel plate prices and stabilizing / firming currencies. Demand is also starting to pick up once again with all port reports showing Indian subcontinent markets starved of tonnage / new arrivals. As expected, following a huge intake of large LDT vessels during the first half of the year, Bangladesh has delivered a period on the sidelines over these summer / monsoon months. However, there has really been no excuse for such a sluggish late summer performance from both India and Pakistan, where prices and demand have been muted. On the far end and after a few weeks of declining fundamentals, Turkey too seems to be stabilizing after both the Lira and local plate prices found their respective balances this week. Meanwhile, with prices falling lower by the day over these recent months, certain Cash Buyers who held on to their tonnage are now checking the markets with increased fervor, in the hopes of finally selling their units and diminishing their losses; perhaps, even breaking even on some of their high-priced deals. Moreover, as there remains a minimal supply of fresh vessels from the international markets as all freight sectors are pushing on to an impressive degree, these Cash Buyers may just get lucky on their units. Increased regulation with Sulphur caps looms large in 2020. However, there has been a curiously marginal amount of scrapping in the lead up to this milestone year, with Ship Owners perhaps confident that these improved freight rates will presumably cover the added costs of scrubbers and cleaner fuels”, GMS concluded.
Nikos Roussanoglou, Hellenic Shipping News Worldwide