China’s dual control policy will depress the country’s chemical shipping demand in 4Q21, which will cap growth in freight rates rising due to port congestions in mid-China river ports.

China has issued the Barometer of 2021 Half-Year Regional Energy Consumption Intensity & Total Amount, also known as dual-control policy on 17 August 2021 which targets industries with high energy consumption and high emissions. The strict control introduced by this policy has reduced operation rates of upstream and downstream plants in the country. We project reduced consumption and lower imports of chemicals by China in 4Q21 as the country will not realise its winter demand due to the energy crisis. This reduced demand will put pressure on freight rates, specifically on Middle East-China and Southeast Asia-China routes, which have been rising due to port congestions in mid-China river ports. 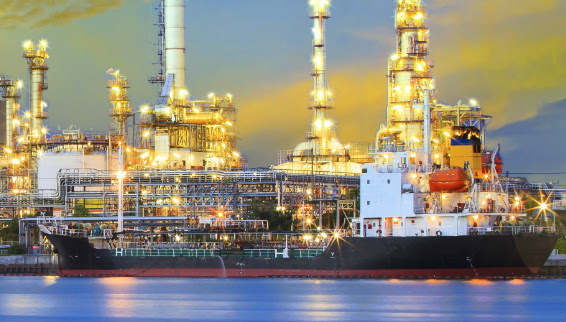 We expect methanol supply to reduce in China in 4Q21 as methanol plants based on coal as feedstock are lowering operation rates due to emission restrictions and LNG plants are reducing production due to the rise in LNG prices. For instance, methanol plants in Yulin city will cut operation rates by at least 50% in the last quarter, which will likely reduce supply by a minimum of 1.3 million tonnes.

However, this reduced supply is unlikely to result in higher imports as the downstream plants are also facing similar issues. For instance, Jiangsu Sopo has shut its acetic acid plant to reduce coal consumption, and many other plant owners will follow suit. Furthermore, MTO (methanol-to-olefins) plants have also reduced operation rates in many regions of China due to power shortage coupled with high prices of methanol (feedstock). Therefore, we forecast China’s methanol imports to fall to 12.8 million tonnes in 2021 against 13.0 million tonnes in 2020. This fall is significant considering China has already imported 11.1 million tonnes of methanol until 3Q21, and we expect imports in 4Q21 to fall below 3.0 million tonnes.

The production of paraxylene (PX) in the first nine months of 2021 by Chinese plants was lower than previously anticipated as the low spread between PX and feedstock naphtha reduced the profit margin of plant operators, forcing them to lower the operation rates. Currently, downstream PTA plants have reduced operation rates due to energy control and weak polyester market, which will further reduce both production and imports of PX by China in 4Q21. We expect China to import 13.5 million tonnes of PX in 2021 compared to 14.0 million tonnes in 2020.

Moreover, we expect PTA production to fall as the cost of acetic acid has been rising due to plant shutdowns in China. The scenario for mono-ethylene glycol is the same, with reduction in supply due to anticipated plant shutdowns amid the energy crisis.

In the inorganics sector, we expect China to cut production and exports of caustic soda as even the chlor-alkali producers in China will likely reduce operation rates to comply with energy restrictions. This will lead to supply crunch in an already tight market. Market tightness was due to low production of caustic soda by the US because of cyclone Ida.

However, we expect the vegoils market to remain unaffected due to high seasonal demand in winter. We anticipate the impact of power outages to be limited to 4Q21, with China’s chemical shipping demand picking up and plant running at average operation rates from 2022.

China imported 67.1 million tonnes of liquid chemicals / vegoils in 2020. We expect the country’s import volume to decline by 5% in 2021, due to the combination of rapid domestic capacity expansion, power outages and the dual-control policy.

Port congestions in mid-China river ports due to pilot shortage and Covid restrictions have already discouraged shipowners on these routes. We expect shipowners to charge a premium on these routes as these congestions are likely to persist throughout 4Q21 and into 1Q22 if Covid regulations continue to affect port operations in the country. Port congestions have pushed up freight rates on the Middle East to China, Southeast Asia to China and intra-Northeast Asia routes.

The bleak picture of chemical shipping demand in 4Q21 will lower trade activity on the Middle East to China, Southeast Asia to China and intra-Northeast Asia routes and cap further gains on freight rates caused by port congestions between October and December. Furthermore, this demand reduction will likely ease supply tightness in the chemical shipping market with vessels becoming available to trade on different routes. Available tonnage will likely swing to the CPP market where the demand for refined products will rise in winter.
Source: Drewry

Previous: 2021 Port Congestion Report
Next: China To Remain The Dominant Force For the Tanker Market

IHS Markit: Why the Great Supply Chain Disruption Will Continue in 2022